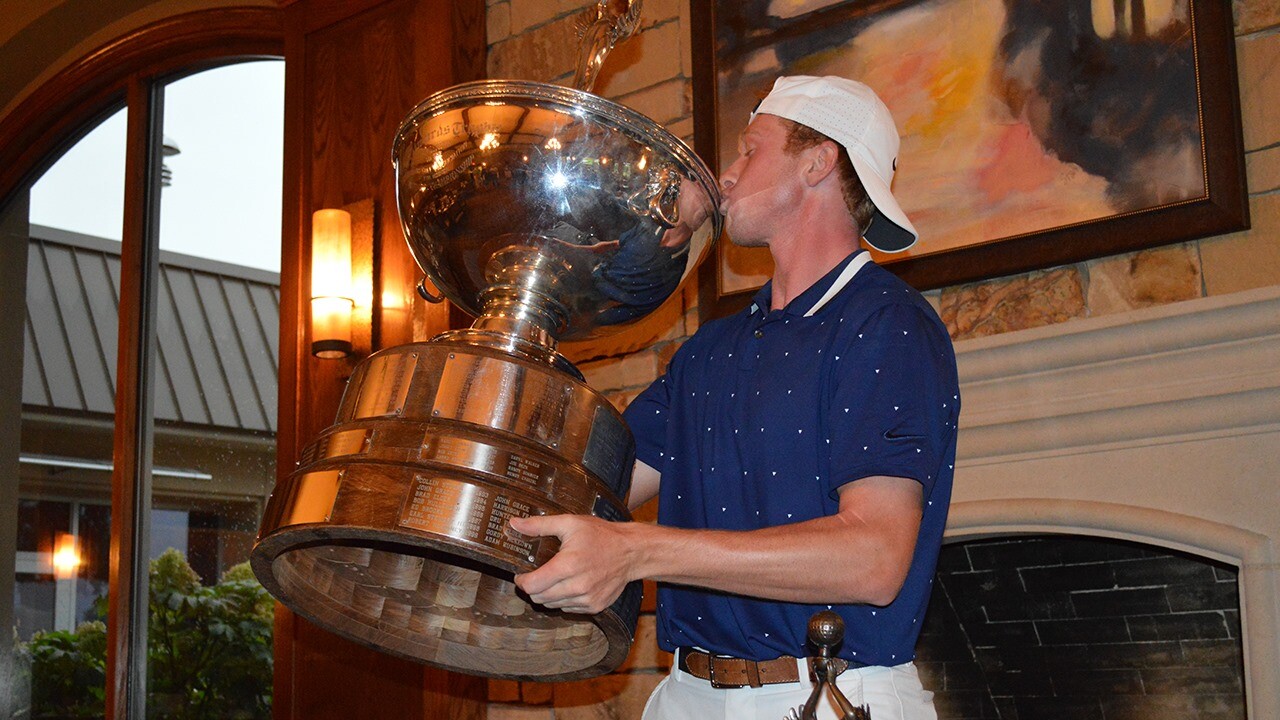 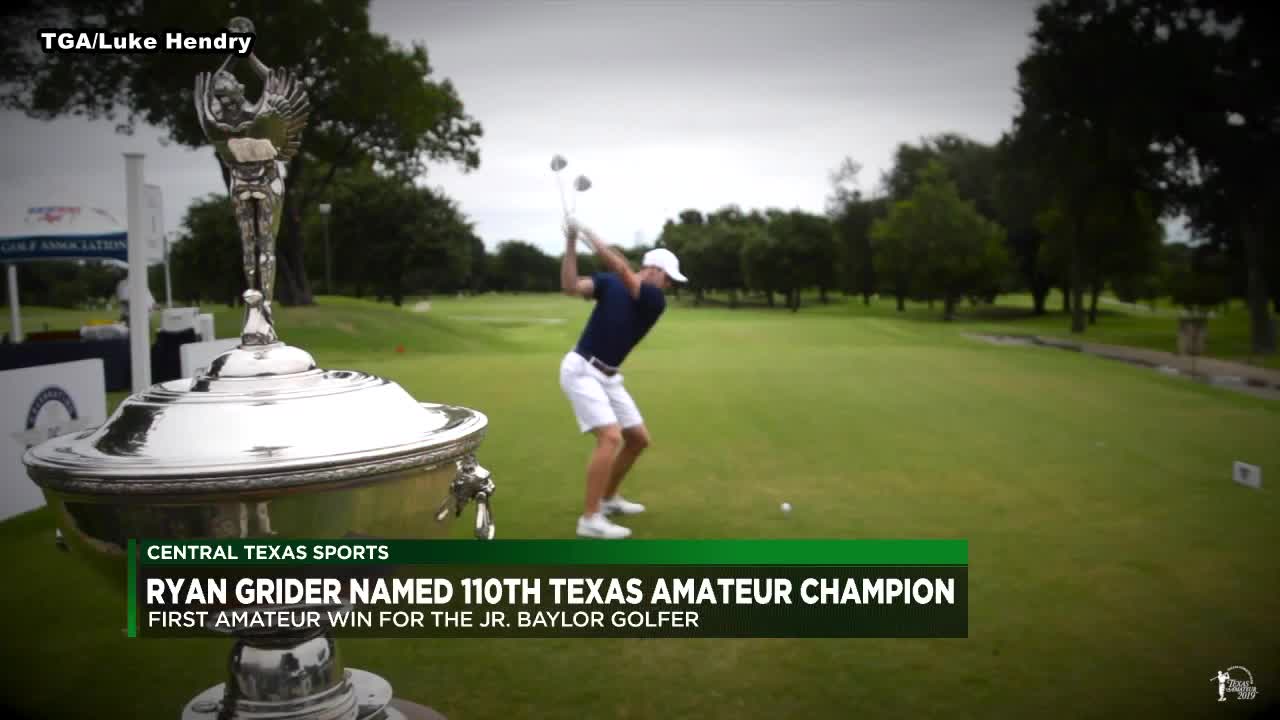 DALLAS, TX (TGA Staff) — Ryan Grider won the 110th Texas Amateur late on Sunday after lightning and thunderstorms washed out the final round. The 20-year-old from Lewisville captures the victory with a 54-hole total of 11-under-par 205.

The final round at venerable Dallas Athletic Club began with a two-hour weather delay after overnight storms dumped an inch and a half of rain on the Blue Course. Showing the same determination and skill as he had in the first three rounds, Grider on Sunday had stretched his lead to four shots through 15 holes when lightning and thunderstorms forced another delay.

After more than two and a half hours of lightning strikes in the area, TGA tournament officials had no choice but to cancel the final round and revert to the 54 holes. For Grider, it’s a major championship victory, his first on the amateur level and exactly what he needed to get his summer off to the right start.

“I really wanted to finish all four rounds, but I’m glad I had a comfortable lead of four shots when it was called,” said Grider, a junior at Baylor University. “I didn’t want there to be any doubt. This is a great way to start the summer.”

By the end of it, no one doubted the fact that Grider was the best golfer in the field this week. He was the only player to shoot under par in each round. He finished with rounds of 71-65-69. He was 2-under through 15 holes when the tournament was called.

Addison’s Chris Wheeler took second place at 9-under 207. The 36-year-old mid-amateur said there were plenty of positives for him to take away from the week at DAC.

“I’m pleasantly surprised by the fact that I was able to compete with so many great players,” he said. “In the last couple days alone, I’ve met and played with college players who definitely have a future doing this for a living. To hang with them and be a part of the action was awesome. It makes me feel 20 years … well, maybe 10 years younger.”

Scott Abbott from Dallas and Arlington’s Paul Gonzalez shared third place at 5-under 211. Katy’s Michael Cotton, who won the 106th Texas Amateur in 2015, took fifth place at 4-under 212.

For the Griders, it was a total family celebration on Father’s Day. Ryan’s mom Denise was his caddie for the 110th Texas Amateur. She’s the Director of Junior Golf at the Golf Club at Castle Hills and has been a golf instructor for 15 years. Grider’s father Greg walked the margins of the fairways alongside his family all week. Once it was officially over, Greg was beaming with pride.

“It was an extra Father’s Day gift,” Greg Grider said. “For Ryan to come out and win the 110th Texas Amateur, I’ve known how hard he’s worked lately and over the past few years. I know how badly he wanted it. To be able to watch your kid reach their dreams is a dream of my own. It’s very special.”

Grider said he wanted to win this coveted championship for his family as much as for himself. His name now will be etched into the H.L. Edwards Memorial Trophy alongside the likes of Ben Crenshaw, Charles Coody, Mark Brooks, Scott Verplank and a host of other Texas golf legends.

That part of the victory is still sinking in for Grider. Minutes after the victory, he was more focused on his parents and appreciating all they’ve done for him.

“It’s so much more than golf in our family,” Grider said. “My dad is happy when I play well, but just being a good person and a good role model is what makes him the happiest. This week was just very special.”

The TGA extends its most sincere appreciation to Dallas Athletic Club, its attentive staff and engaged membership for all their help and support ahead of and during the 110th Texas Amateur. This week’s tournament was part of the club’s yearlong centennial celebration. The Blue Course has a proud history of hosting major championships. In 1963, a young Jack Nicklaus won his first PGA Championship here. The club hired the Golden Bear in the mid-1980s to renovate both the Blue and Gold Courses.

In May of this year, Nicklaus returned to tour the course with the membership. He spent an entire day at DAC, answering questions from his fans and regaling the membership with stories. In addition to the 1963 PGA Championship, DAC has now hosted seven TGA Major Championships, including the 2003 and 1992 Texas Amateurs.