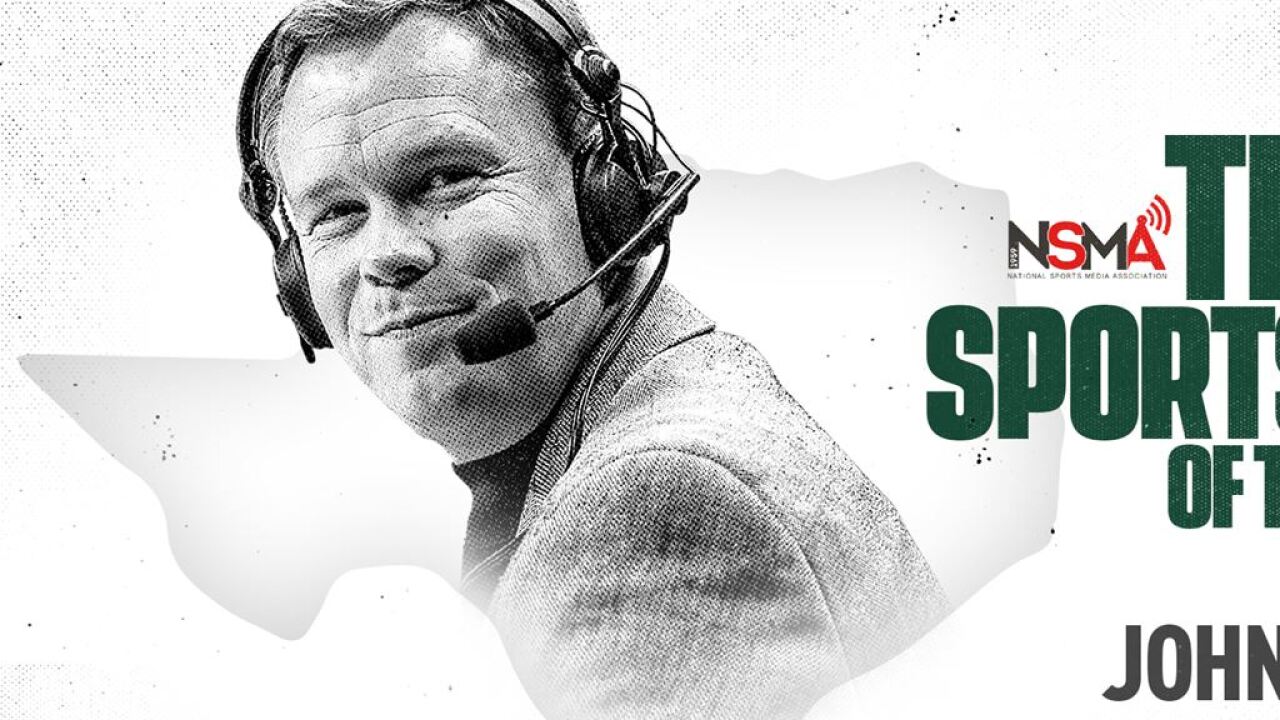 WACO, Texas — Baylor Assistant AD for Broadcasting John Morris has been selected as 2019 Texas co-Sportscaster of the Year, as announced Monday by the National Sports Media Association.

Morris was selected for the first time in his 33-year career as “Voice of the Bears.” He becomes the first Texas Sportscaster of the Year from outside of the state’s four largest markets (DFW, Houston, San Antonio, Austin) and just the second sportscaster to win the award while serving a university. Morris is the 19th different sportscaster to be recognized in the awards’ 61-year history.

A Kentucky native, Morris was selected as co-Sportscaster of the Year with Hansen, who was tabbed for the fifth time. Way is the only other collegiate broadcaster to win the award (2016), while Sham is a 12-time winner and Nadel is an eight-time honoree.

Morris is in his 33rd year broadcasting Baylor Football and his 25th year as the signature voice of Baylor Athletics. He worked alongside Frank Fallon for eight years on Baylor football broadcasts, and his duties now include play-by-play for Baylor football and men’s basketball, in addition to daily Baylor and Big 12 programming and the daily “John Morris Show” on 1660 ESPN Radio in Waco.

Morris will be honored in Winston-Salem, N.C. during the 61st-annual awards weekend, June 27-29.