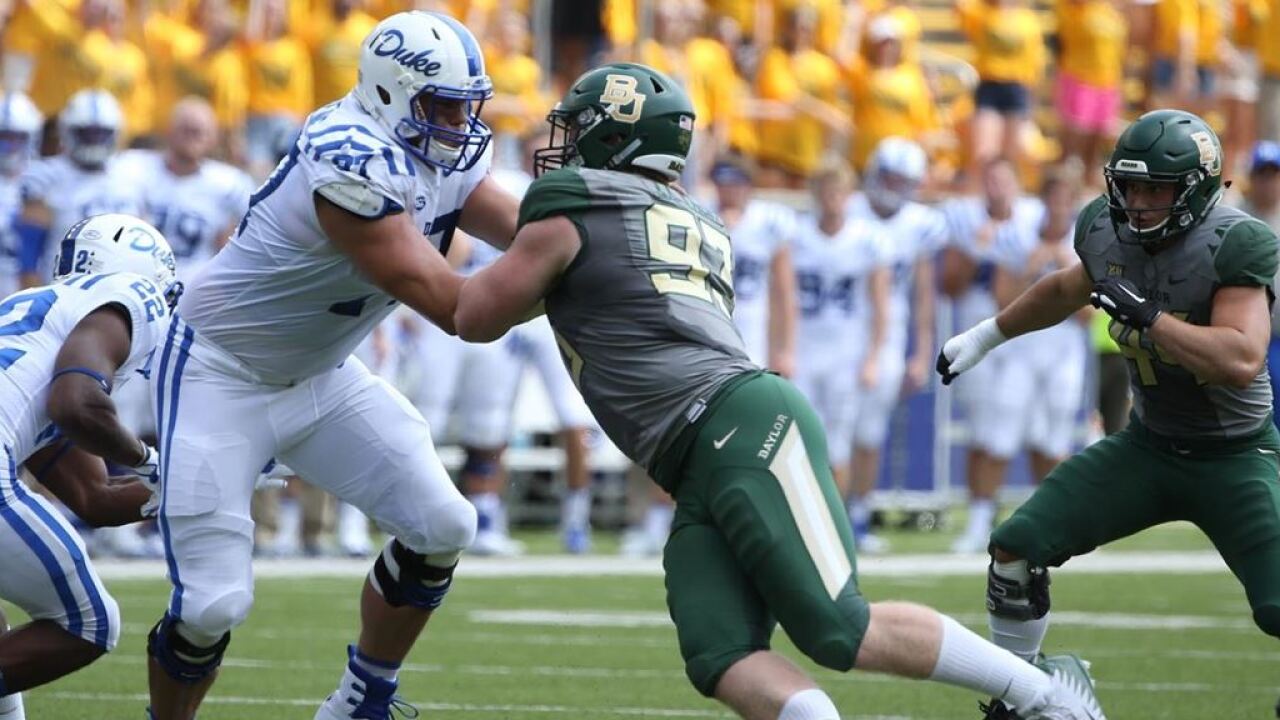 IRVING, TX — Senior linebacker Clay Johnston and junior defensive tackle James Lynch were named to the 2019 Preseason All-Big 12 Team by a vote of the league’s media, it was announced today by the Conference office.

Johnston, a fifth-year senior, is one of the top linebackers in the conference after earning 2018 All-Big 12 second team honors. He finished the 2018 campaign ranking fifth in the Big 12 with 99 total tackles and fifth with 8.25 tackles per game. In the month of November, the Abilene, Texas, native averaged 13.3 tackles per game, including a career-high 17 tackles in the Bears’ come-from-behind victory over Oklahoma State on Homecoming. Overall, the MIKE linebacker has 179 career tackles, the most on the team.

Lynch, a 2017 ESPN Freshman All-American, boasts career totals of 14.0 tackles-for-loss and 8.5 sacks, the most on the Bears’ roster. In 2018, Lynch was an All-Big 12 Second Team selection and an AP All-Big 12 First Team honoree as he led the team and ranked ninth in the conference with 5.5 sacks and 9.0 tackles-for-loss.

The Bears’ two selections on the Preseason All-Big 12 Defensive Team is second-most in the conference, tied with TCU and just behind Iowa State’s four selections. The preseason selection by the conference is the first-career honor for both Johnston and Lynch.

The Big 12 media preseason poll will be released on Wednesday followed by the annual Big 12 Football Media Days to be conducted in Arlington, Texas on July 15-16. Both days will be televised live from 9:00 a.m. - 1:00 p.m. CT on FS2, FCS Central and other regional affiliates. Exclusive coverage from the event will also be available on the Big 12’s digital platforms – Big12Sports.com, Twitter and Instagram and You Tube (@Big12Conference). The official hashtag for the event will be #Big12FB.