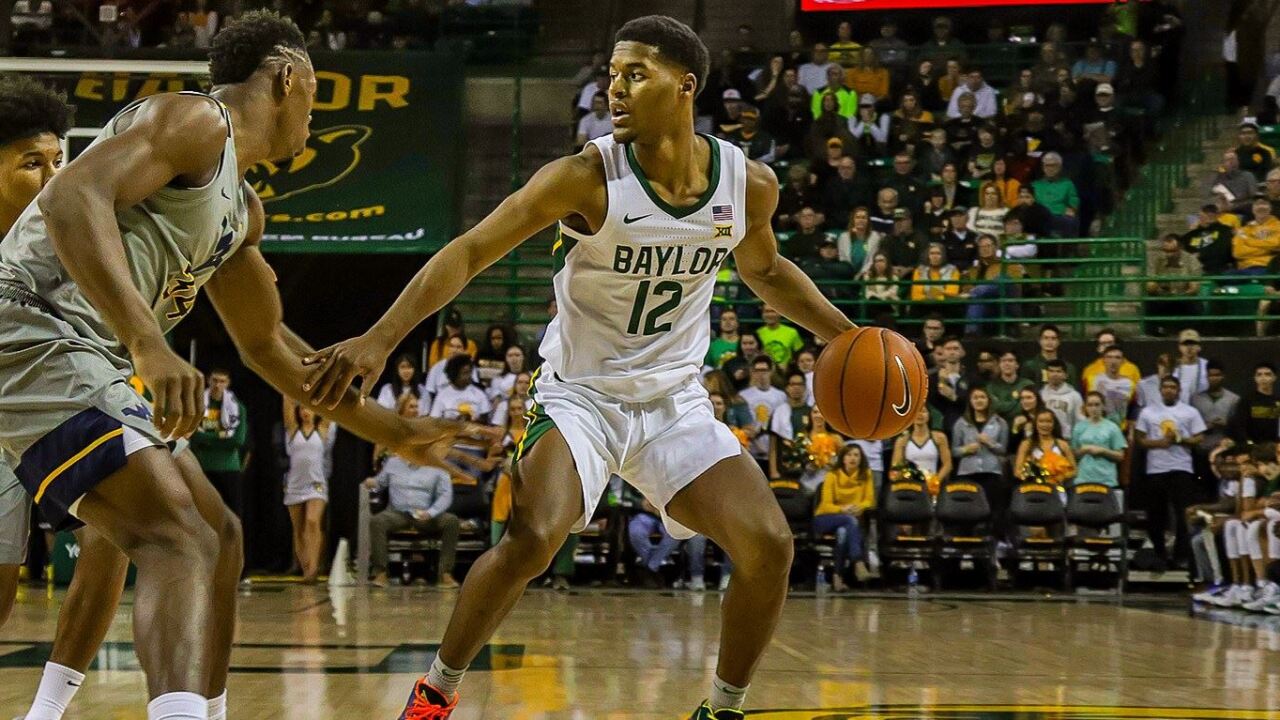 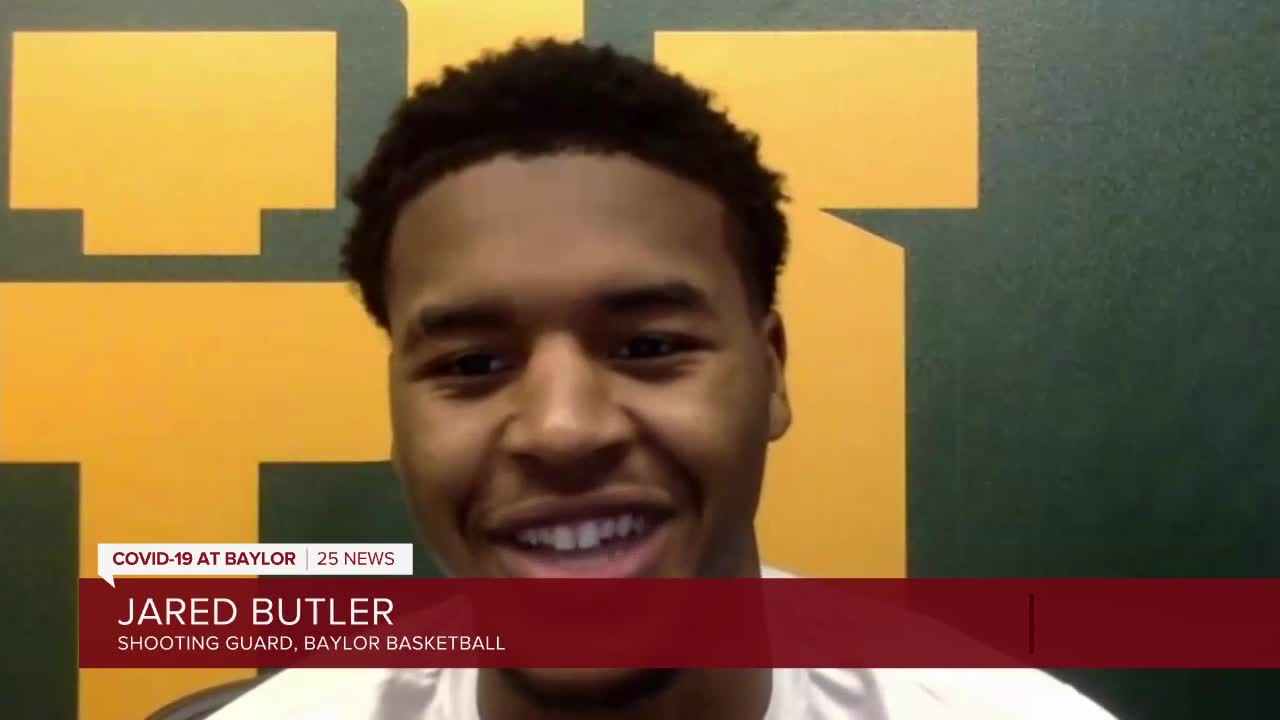 WACO, Texas — Baylor guard Jared Butler announced Monday he withdrew his name from the NBA Draft and will return to Baylor for his junior season.

Butler entered the draft after the 2019-20 season was cut short due to COVID-19, but because he signed with an NCAA-certified agent, he was allowed to withdraw his name before the deadline on August 3. Butler announced his decision hours before the deadline.

Butler was named to the Big 12 Conference's First Team and a third team All-American as a sophomore after averaging 16 points, 3.2 rebounds and 3.`1 assists per game for the Bears. He helped lead the Bears to a No. 1 ranking in the AP Poll and came up just short of a Big 12 championship.

During his time in quarantine, Butler said he worked hard on improving his game. According to Butler, NBA scouts and general managers told him he needed to work more on his assist-to-turnover ratio if he wanted to be effective at the next level.

"I was training as if I was going to the NBA," Butler said.

Butler met with more than 20 NBA teams as he struggled with the decision of whether or not to return to school. Due to COVID-19, each of those meetings took place in virtual Zoom meetings.

"They'd just ask me a question and be like "Okay..."" Butler said as he sat back in his chair to imitate the awkwardness of the interviews. "So, you've just got to be confident enough to sell yourself."

Butler said Baylor Head Coach Scott Drew was active during the first few weeks after the season ended, but his contact was limited in the weeks that followed.

He finally decided to return to Baylor three or four days before announcing his decision Monday. Butler said despite the risk of injury, he decided to bet on himself in the hope he could improve his draft stock.

"I think for me, I have the chance to be a first-round, lottery-pick type of player," Butler said. "And with the guys coming back and how successful our team could be, I don't want to miss out on that opportunity."

In a video posted to Twitter, Butler cited "unfinished business" as a reason to return.

Butler joins MaCio Teague, who announced his plans to withdraw from the draft and return to Baylor in a Twitter post in July.

Order My Steps In Your Word pic.twitter.com/ZSfpihcECU

"I'll be back at Baylor to finish off what we started," Teague said.

Their decision means the Bears will only lose Freddie Gillespie and Devonte Bandoo from the team that spent the longest stretch ranked No. 1 in program history. In addition, they added two four-star recruits in their 2020 class.

As a result, Baylor is already projected to open the season as the No. 1 team in the nation, according to multiple preseason polls.