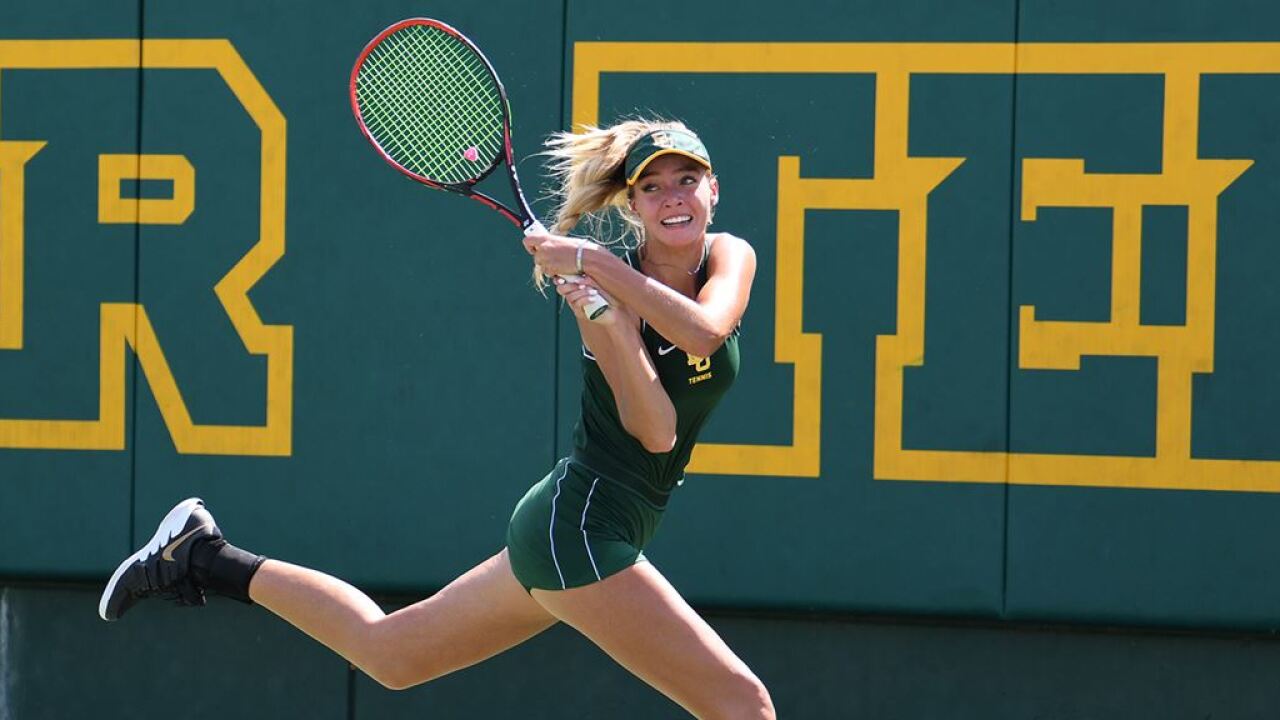 WACO, TEXAS — Baylor had another busy day in the second session of the H-E-B Invitational at the Hurd Tennis Center Saturday. Junior Kristina Sorokolet advanced to the “Gold” draw consolation finals with a pair of wins on the singles court, and she along with teammate Angelina Shakhraichuk, advanced to the doubles semifinals before bowing out vs. a pair from Kentucky.

Sorokolet defeated Kentucky’s Carla Girbau and Illinois’ Josie Frazier in straight sets, respectively, to advance to the consolation singles finals Sunday morning. She’ll face off against Houston’s Azul Pedemonti, who needed a marathon to beat Baylor’s Anastasia Kharitonova in three sets in the other consolation semifinal, 6-7 (4-7), 6-3, 1-0 (10-5).

Shakhraichuk was the lone Bear in the “Gold” draw winners’ bracket Saturday, but she fell in the quarterfinals in a three-set heartbreaker to Kentucky’s Diana Tkachenko, 2-6, 6-3, 1-0 (12-10).

Sorokolet and Shakhraichuk lost in the semifinals after two wins Friday on the doubles court. Auburn’s Lindsay Song and Yu Chen dropped the Baylor pair, 6-3.

THEY SAID IT
Baylor head coach Joey Scrivano on the second day of the H-E-B Invitational
“We made some progress today. I was really pleased with how Kristina [Sorokolet] bounced back from yesterday. Angie [Shakhraichuk] really had a great tournament overall, she’s just been rock solid. It’s good to see her back on the court and healthy again, and then our younger players are just a work in progress, but we’re optimistic about their development and where they’re going.”

WHAT’S NEXT
Baylor resumes day three of the H-E-B Invitational at 9 a.m. Sunday.