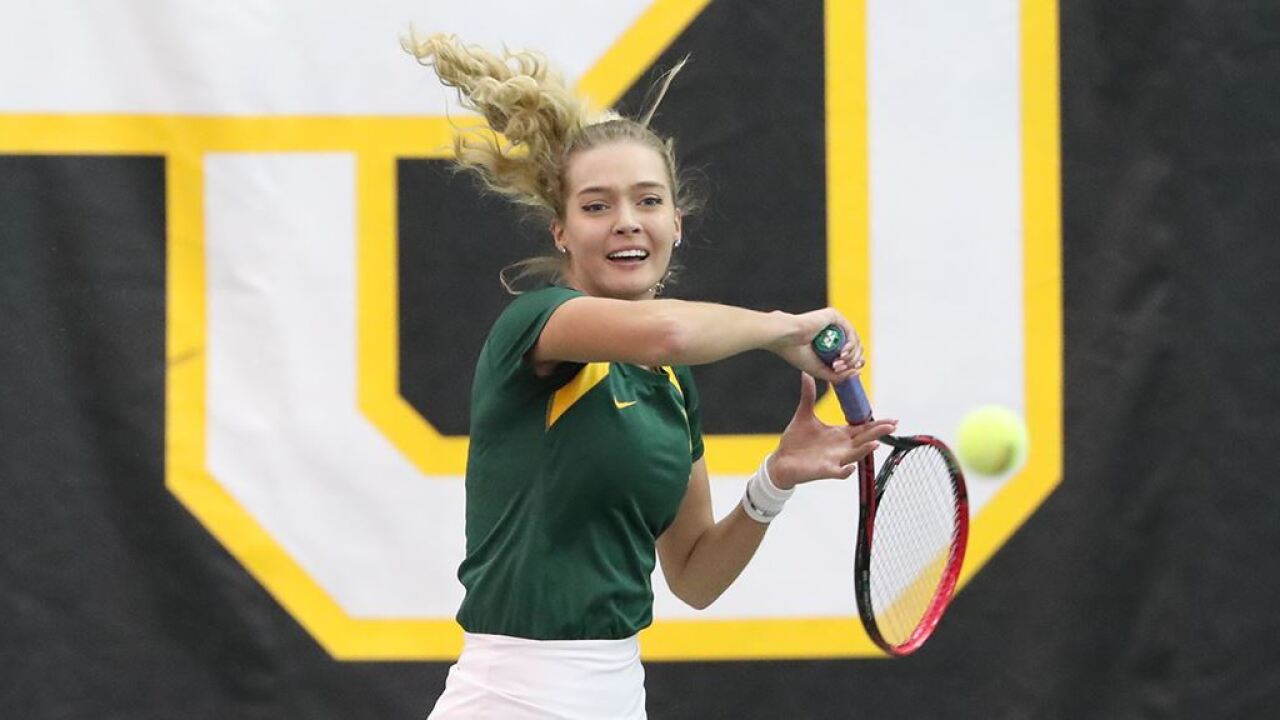 WACO, TX — The Baylor women’s tennis team continues its fall season this weekend with the Bears hosting the annual H-E-B Invitational Friday thru Sunday at the Hurd Tennis Center. In addition, Baylor’s top two returning players from singles will head to Tulsa for the ITA All-American Championships.

Senior Jessica Hinojosa and junior Livia Kraus will depart for Tulsa Saturday for the event, which is scheduled through Oct. 13. Hinojosa will compete in the qualifying draw while Kraus earned a spot in the main draw. Both players were named All-Big 12 Second-Team last season.

Angie Shakhraichuk, Kristina Sorokolet, Paula Barañano, Anastasia Kharitonova and Daria Rakitskaya will stay in Waco and help Baylor host 12 other teams, 10 of which are Power 5 schools.

Mississippi State, Kentucky, Auburn, LSU, Arkansas and Texas A&M will represent the SEC. Illinois is attending from the Big 10 while Texas, Iowa State and TCU will join Baylor from the Big 12. UTSA and Houston will also send players.

Matches are slated to begin Friday and Saturday at 9 a.m. and expected to run until approximately 6 p.m. Sunday’s finals start time will be determined as the tournament progresses. Main draws and consolation brackets will take place on the singles court while doubles play will not feature a consolation bracket.

Admission is free to the public for the H-E-B Invitational.