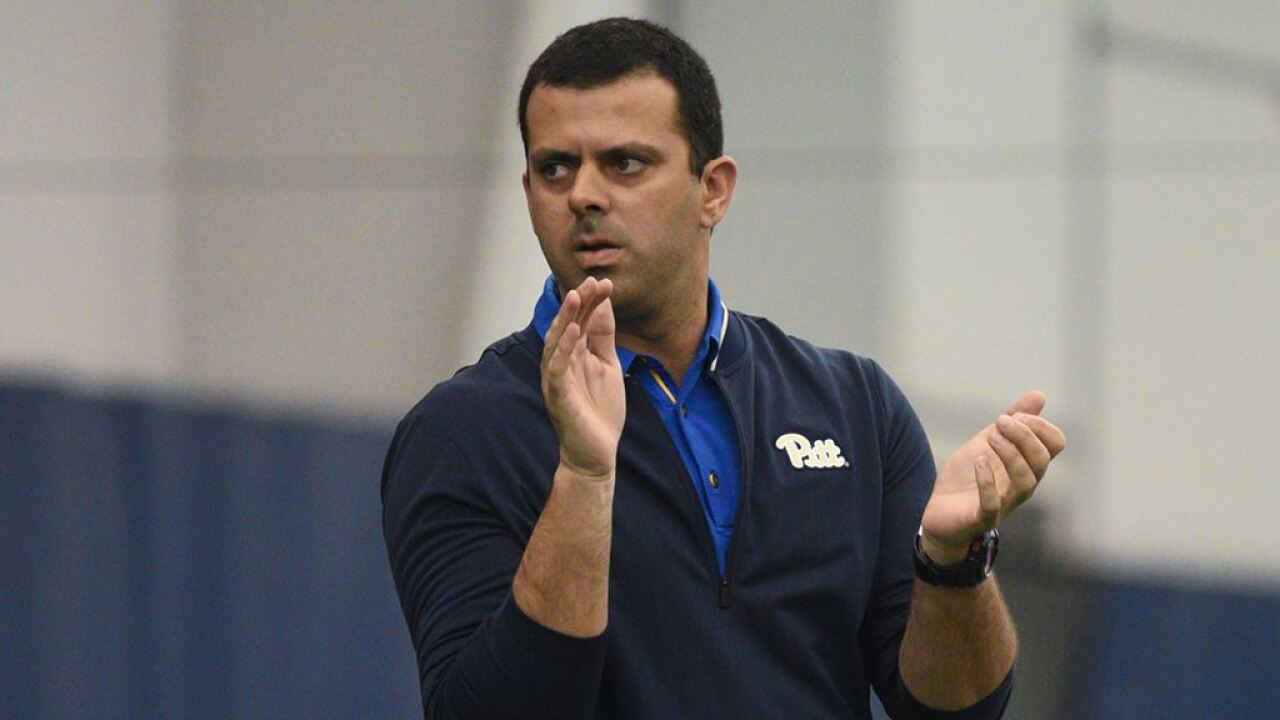 WACO, TX — Baylor’s head women’s tennis coach Joey Scrivano announced Alex Santos as associate head coach Thursday. Santos comes to Waco after spending the last four seasons as the head coach at Pitt, with a previous four-year tenure as an assistant at the University of Miami.

Santos, a native of Portugal, got involved in US Collegiate tennis in 2009-10 when he came to Miami to serve as a volunteer assistant. He was elevated to graduate manager in the fall of 2010 before being elevated to assistant coach in January 2011.

From there, Santos helped the Hurricanes to four consecutive Elite 8 appearances, and Miami compiled an 85-24 record during his tenure. In 2013 he was recognized by his peers as the ITA National Assistant Coach of the Year.

“We are thrilled to bring Alex on board, he is a great person, a fantastic coach and his players can see it. They see his work ethic, his integrity and intelligence,” Scrivano said of Santos. “He’s a sponge and I’m excited for our student-athletes to have a coach like Alex working with them.”

After his tenure at Miami, Santos took over a struggling Pitt program. He stayed four years accomplishing several firsts in the program’s history before, in the spring of 2019, the athletic department decided to end the program. At Pitt, Santos coached the first player in Pitt history to be ranked in singles nationally by the ITA, defeated a ranked opponent for the first time in 2016 and earned its first ever win in the ACC in 2016.

“I feel extremely blessed to join the Baylor family. I would like to thank Joey Scrivano, Jovan Overshown and Mack Rhoades for offering me this amazing opportunity,” Santos said. “I have great respect for Baylor and the strong tradition of its tennis programs. I look forward to working with Coach Scrivano and Coach [Brian] Boland, which in my opinion are some of the very best in collegiate tennis. It is an honor to be part of this amazing program, and I cannot wait to begin working with these incredible student-athletes, adding value to the program in any way I can.”

Hailing from Oeiras, Portugal, Santos earned his undergraduate degree in sports science from Universidade Tecnica de Lisboa in 2005. He was one of the top-ranked juniors as a player in Portugal.