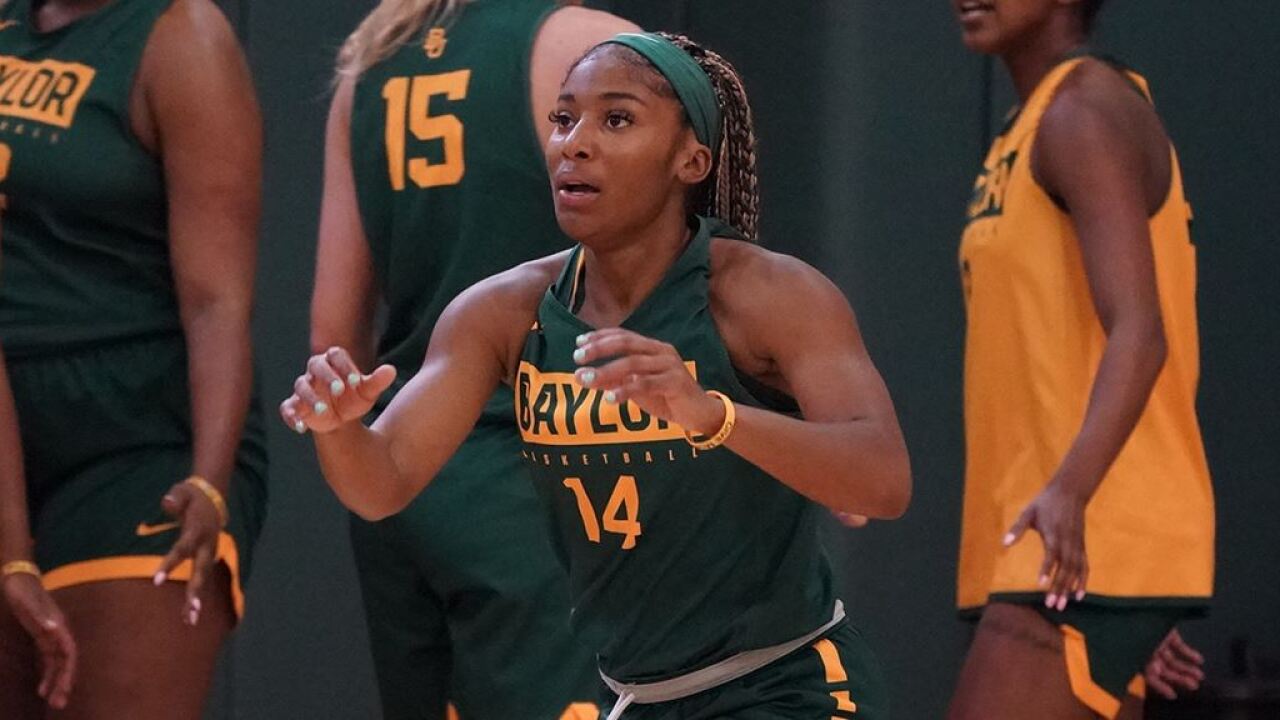 WACO, Texas — Baylor graduate transfer guard Te’a Cooper earned a spot on the Naismith Memorial Basketball Hall of Fame and the Women’s Basketball Coaches Association watch list for the 2020 Nancy Lieberman Award along with 19 other candidates.

The Liberman Award is in its 21st season and recognizes the top point guard in women’s NCAA Division I college basketball.

The selection committee for the award is made up of top women’s college basketball personnel, including media members, head coaches, sports information directors and Hall of Famers.

The winner will be presented at The College Basketball Awards presented by Wendy’s in Los Angeles, Calif. April 10, 2020 along with the other four members of the Women’s Starting Five.

Cooper transferred in from South Carolina to Baylor for her final season of eligibility after leading the Gamecocks to a NCAA Sweet 16 appearance while posting a team-best 11.9 points per contest as a senior. She was a second-team All-SEC selection at shooting guard, but she will transition to point guard and is expected to start at the one for the Lady Bears.

Cooper and Texas point guard Sug Sutton are the only two Big 12 players on the watch list.