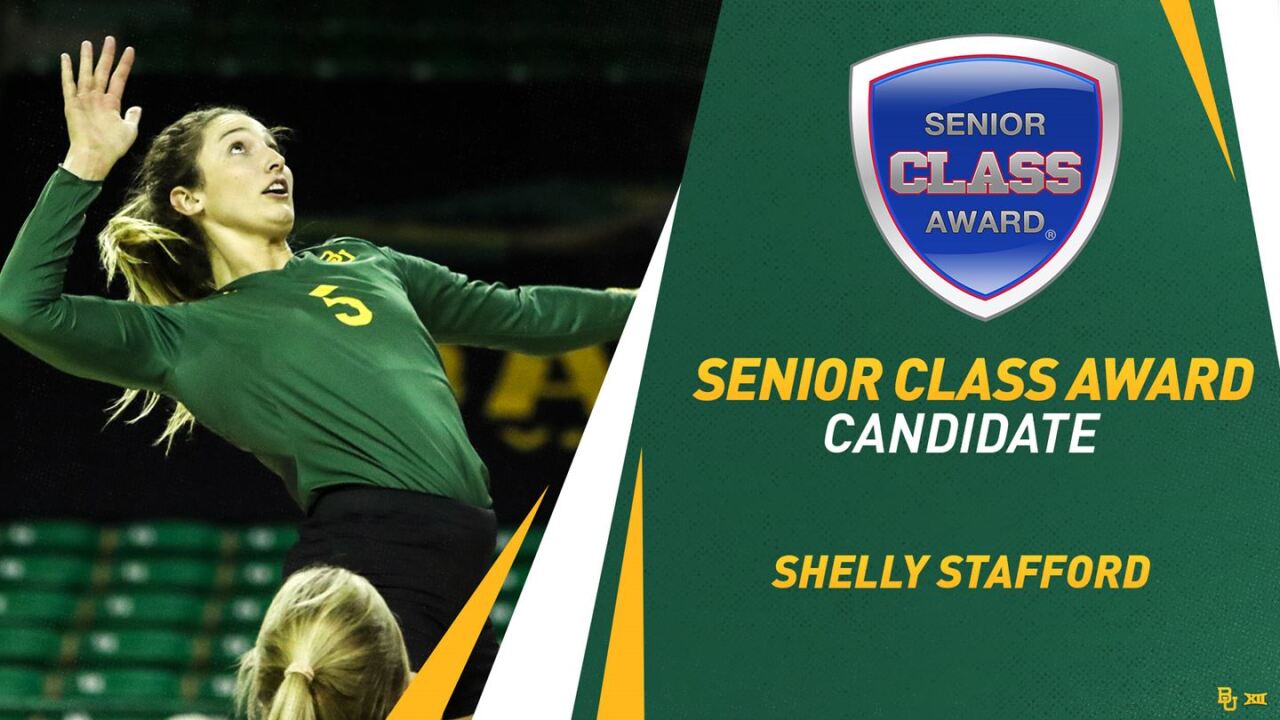 WACO, TX — Baylor volleyball senior Shelly Stafford has been named a candidate for the Senior CLASS Award, announced by the organization Wednesday.

One of two candidates from the Big 12, Stafford is the second Bear in three years to be named a candidate. All-American Katie Staiger earned Senior CLASS Second Team All-America honors in 2017.

To be eligible for the award, a student-athlete must be classified as an NCAA Division I senior and have notable achievements in four areas of excellence: community, classroom, character and competition.

Stafford is a two-time AVCA All-American, two-time Academic All-Big 12 honoree, seven-time Big 12 Commissioner’s Honor Roll selection, Big 12 Scholar-Athlete of the Year and serves as a team captain and leader on and off the court. Her full nomination can be found here.

An acronym for Celebrating Loyalty and Achievement for Staying in School®, the Senior CLASS Award focuses on the total student-athlete and encourages students to use their platform in athletics to make a positive impact as leaders in their communities.

The 30 candidates will be narrowed to 10 finalists midway through the regular season, and those 10 names will be placed on the official ballot. Ballots will be distributed through a nationwide voting system to media, coaches and fans.

The Senior CLASS Award winner will be announced during the 2019 NCAA Division I Women’s Volleyball Championship in December.