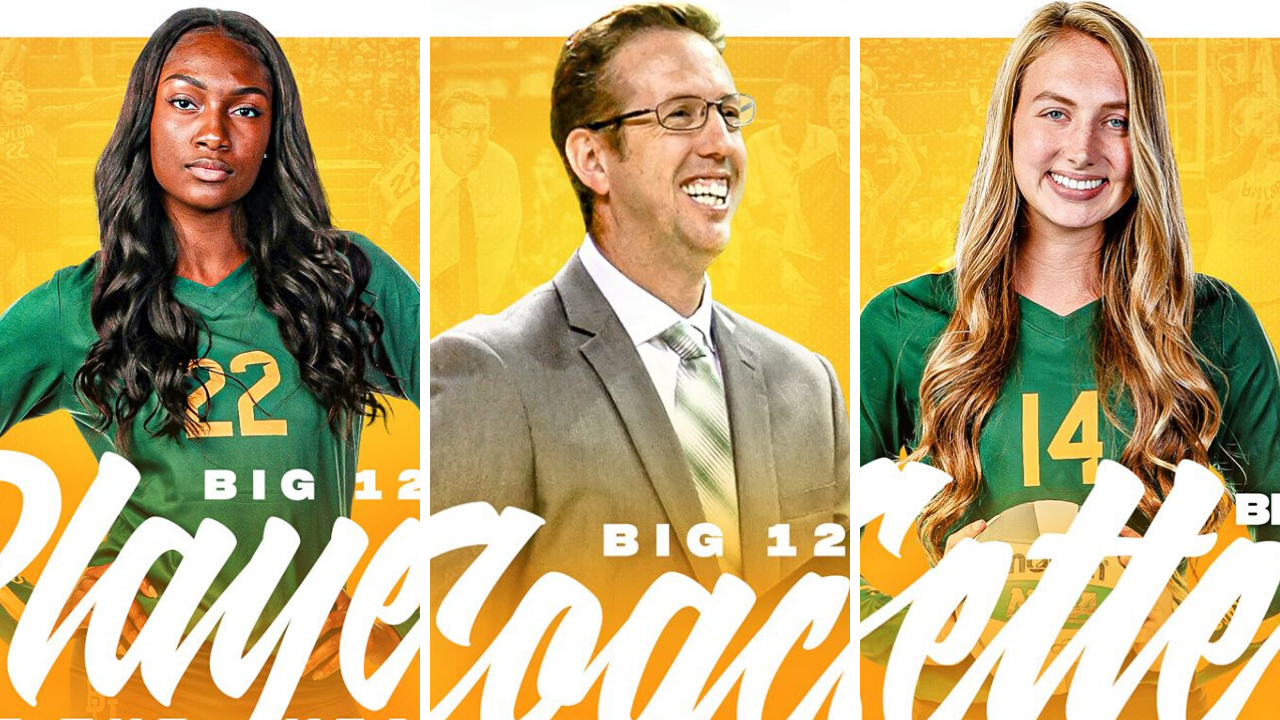 WACO, TX — The Baylor volleyball team walked away with three post-season awards after a historic season.

Coach Ryan McGuyre was named Big 12 Coach of the Year after leading his team to a 15-1 record and its first-ever conference championship .

This is McGuyre's fifth season with the team. He was also named Coach of the Year in 2017.

Junior Yossiana Pressley was named Big 12 Player of the Year after leading the conference for the third-straight season in kills per set and points per set. Pressley also posted 25 double-digit kill matches this season.

Pressley ranks top five in the nation in kills per set, points per set and attacks per set.

This is the first Big 12 Player fo the Year for the first time in Baylor program history.

Junior Hannah Lockin was named Big 12 Setter of the Year. She led the league in assists per set, and ranked 16th nationally heading into the NCAA tournament.

Lockin in the first player selected as the Big 12 Setter of the Year in Baylor program history.

Those aren't the only rewards the Bears received. Pressley, Lockin and senior Shelly Stafford were unanimously voted onto the All-Big 12 First Team. Stafford lead the team in hitting percentage and is the program's first four-time all-conference pick.

Baylor will host the NCAA first and second rounds in Waco as a top-seeded team. The rounds start Friday, December 6 with a match against Sacred Heart. For tickets, click here .