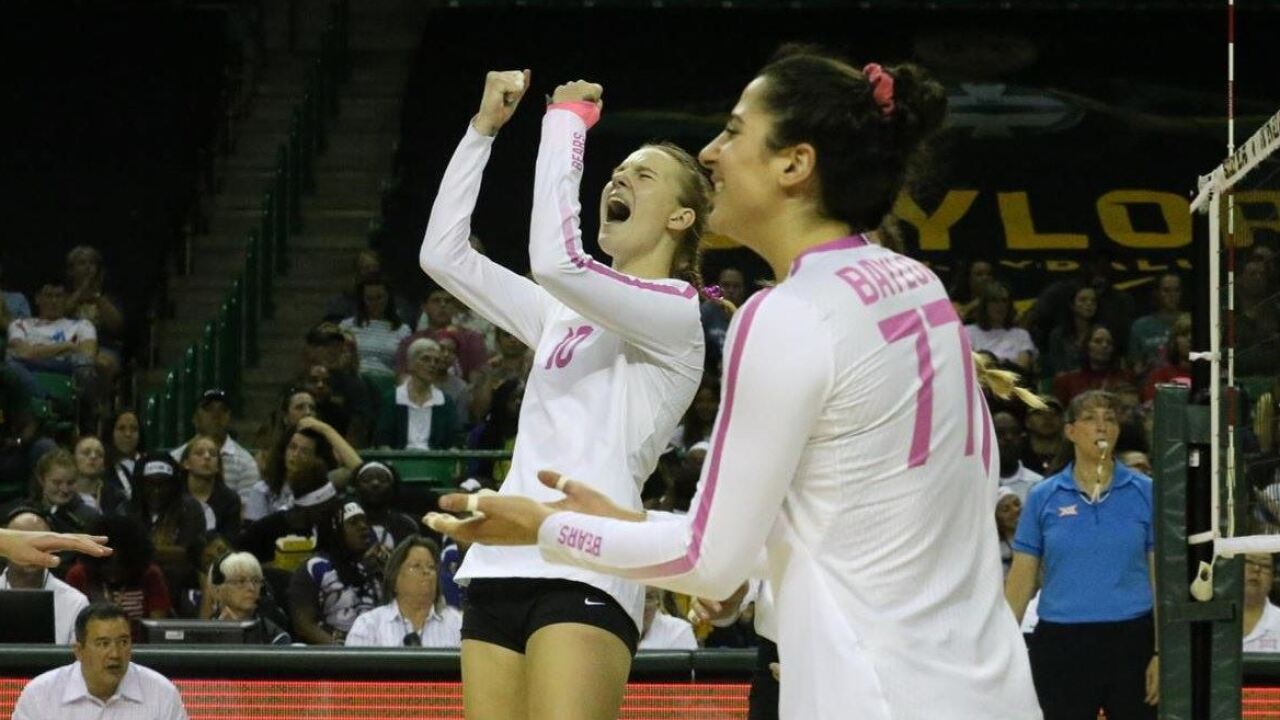 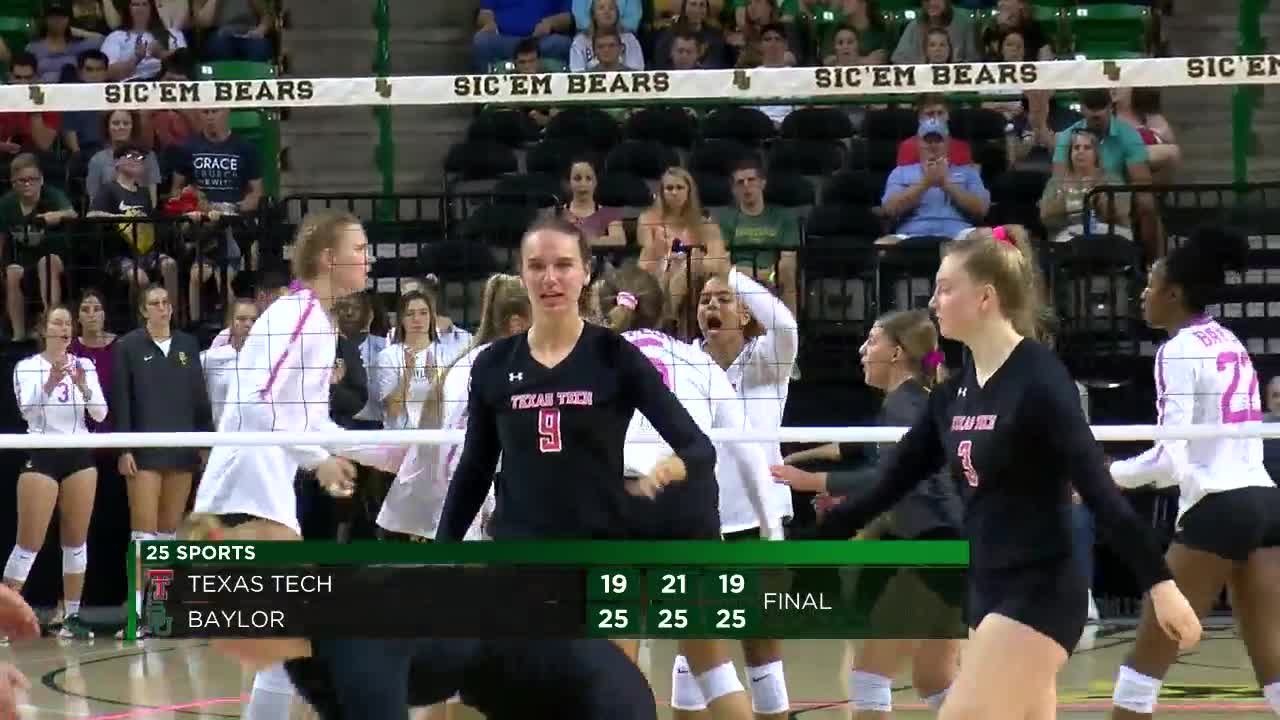 BU extends its nation-leading 31-set winning streak and 16-0 start to the season. Winning its eighth match at home, Baylor had its second-largest crowd of the season and ninth-largest in program history with 2,017 fans in attendance on Saturday.

The Bears recorded double-digit blocks for the fourth time this season and were led by McGhee’s season-high nine blocks.

BU rolled to an 11-4 lead behind back-to-back kills from senior Gia Milana and forced the early TTU timeout. BU held a 21-13 lead after a Stafford kill, and then the Red Raiders went on a late 4-1 run to pull within four, but a service error and a McGhee and Milana block gave the first set to the Bears, 25-19.

Baylor opened up a 12-9 lead behind a van der Mark service ace, but the Bears had to call timeout at 17-17 after two straight attack errors. BU then closed out the frame on a 5-2 run to win its 30th consecutive set, 25-21.

A Pressley ace put the Bears up 15-9 at the media timeout, and BU’s .371 hitting efficiency and five blocks helped close out the match in three sets, 25-19.

HIGHLIGHTS
• Baylor swept its 14th opponent in 16 matches and its 10th-straight opponent.
• BU has now won 48 sets and only dropped two during the 2019 season.
• BU extended its own school record with its 16th consecutive win.
• BU is on a program-best 31-set winning streak which ties Stephen F. Austin for the nation’s best set streak.
• BU remains the only undefeated team in DI college volleyball with a 16-0 record.
• BU recorded double-digit blocks for the fourth time this season and in its second-straight match.
• Hannah Lockin posted her team-leading eighth double-double with 35 assists and 10 digs.
• Marieke van der Mark matched a career-best nine kills.
• Tara Wulf led the defense with 14 digs.
• Kara McGhee put up a season-best nine blocks, surpassing her personal best for the second-straight match.
• Baylor had its second-largest crowd of the season and ninth-largest in program history with 2,017 fans in attendance on Saturday.
• Baylor is now 39-11 as a ranked team under McGuyre.
• Baylor improved to 35-48 all-time against Texas Tech and won its 27th victory over the Red Raiders in the last 30 meetings.
• Ryan McGuyre is now one win away from 100 career victories at Baylor.

STAT OF THE MATCH
9 – the season-high block count for freshman Kara McGhee.

TOP QUOTE
Head coach Ryan McGuyre
On the win…
“I like how we sided out so well at a high percentage. I felt like we were confident and held control of the match. Momentum can shift quickly. Offensively, we weren’t as sharp the first two sets, but the blocking saved us. It was good to have some good blocks across the board. Marieke (van der Mark) had a great match. She was hitting like .700 until the great defense by Texas Tech kept some balls off the floor. We’ve got to hit at a higher percentage, and we’ve got to just be better in transition. I like our side-out game, but Texas Tech did a good job keeping the ball off the floor. There were still too many errors tonight.”