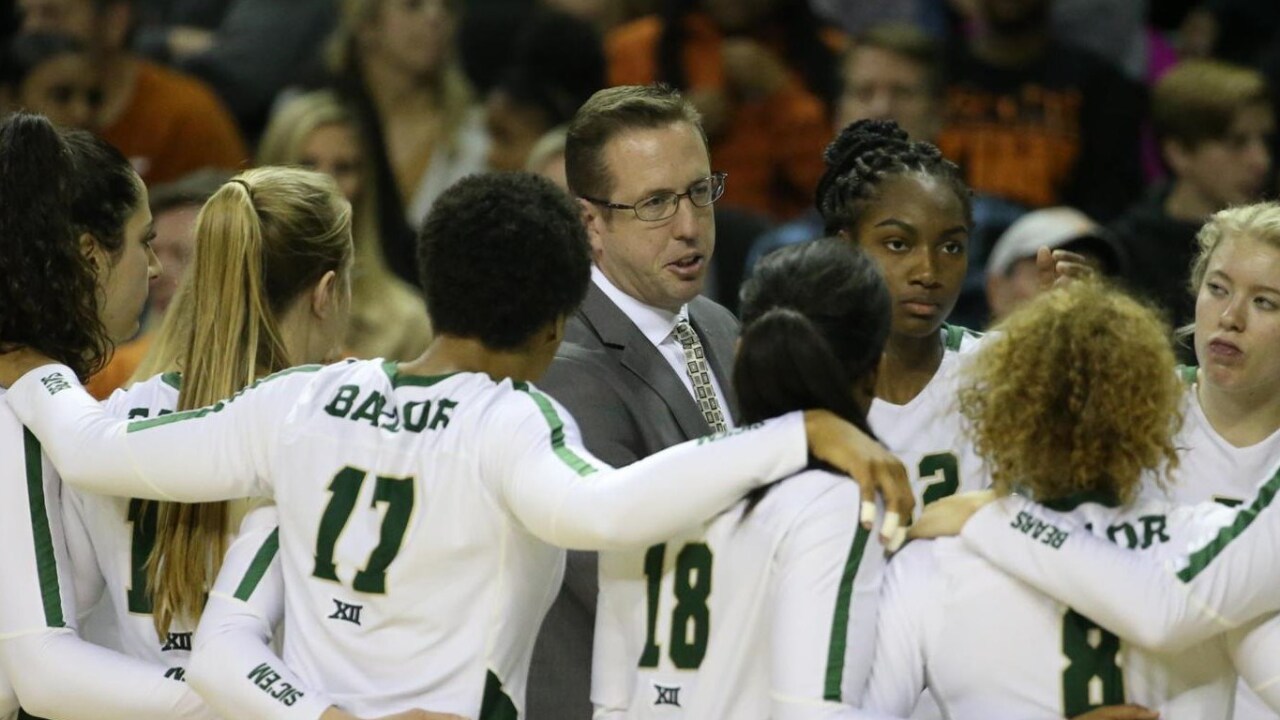 Featuring 12 home matches and a combined 12 matches against 10 NCAA and NIVC teams from the 2018 postseason, the Bears will look to continue building on a successful campaign in hopes of securing the program’s fourth consecutive NCAA Tournament bid.

“This is a rigorous schedule full of strong and experienced opponents,” McGuyre said. “There are no breaks or easy matches. It gives us the opportunity to compete and compete often. 2019 is about being great in December and finishing strong.

“This schedule gives us the opportunity to have a good seed, a strong RPI and grow in adversity along the way. This year is not about big wins or losses, but it’s about sharpening and strengthening our team. It will be a joyful journey start to finish.”

Season tickets are on sale now and can be purchased at www.BaylorBears.com/tickets [baylorbears.com]. Single-game tickets will go on sale on Aug. 9.

The Bears start the season by making the short trip to College Station for an exhibition tune-up on Aug. 24 against Texas A&M.

The regular season kicks off with two neutral site matches against UCLA and Creighton on Aug. 30-31 in Lincoln, Neb. The Blue Jays were the No. 9 seed in the 2018 NCAA Tournament and advanced to the second round.

The Bears continue their season-opening five-match road trip with a neutral site match against Syracuse on Sept. 5 and a rematch against Wisconsin on Sept. 6 in Madison, Wis. The Orange advanced to the NCAA Second Round while the Badgers were regional finalists as the No. 6 seed.

Then, BU makes a short trip to Milwaukee to face Marquette on Sept. 8. The Bears and Golden Eagles will play each other for the second-straight year. Marquette advanced to the NCAA Round of 16 in 2018.

BU will open its home slate by hosting the Hampton Inn & Suites Waco North Baylor Invitational Sept. 12-14. First, Baylor faces Houston on Sept. 12 and then closes out the weekend against Tennessee. The Lady Volunteers were a NCAA Second Round participant in 2018.

BU will stay at home to host Missouri and Hawai’i in the Baylor Classic on Sept. 20-22. Facing two NCAA tournament squads, the Bears face the Tigers on Sept. 20 and then the Rainbow Wahine on Sept. 22.

BU then stays at home for its final nonconference matchup against Texas State on Sept. 24.

The Bears then move into the 16-match Big 12 slate, kicking off on Sept. 28 at Kansas and closing on Nov. 30 in the Ferrell Center against TCU.

NCAA Tournament play kicks off the following weekend with the First and Second Rounds hosted by the top 16 seeds Dec. 5-7.

The Regionals rounds go Dec. 13-14, leading into the NCAA National Semifinals and Championship match on Dec. 19 and 21 in Pittsburgh, Pa.

Stay up to date on all things Baylor volleyball by following the team’s official social media accounts: @BaylorVBall.