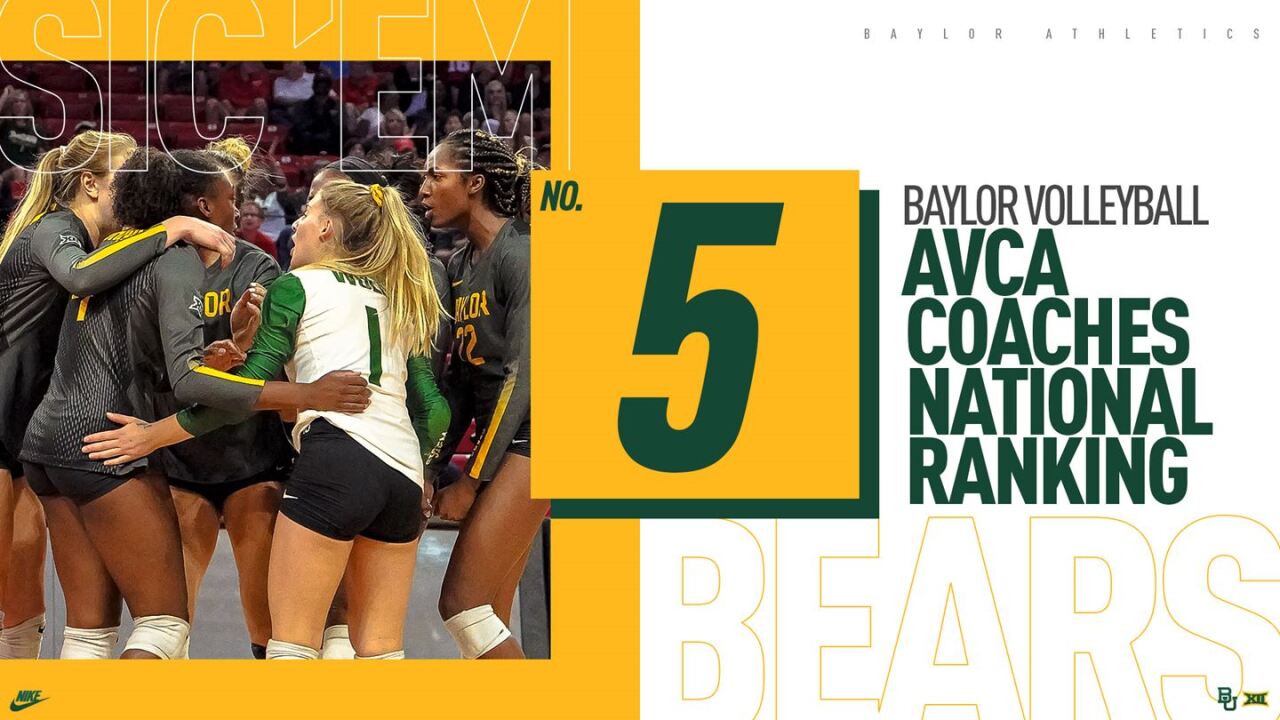 LEXINGTON, KY — After a 5-0 start to the season for the first time under head coach Ryan McGuyre, Baylor volleyball is ranked a program-best No. 5 in the AVCA Division I Coaches Top 25 Poll, released Monday afternoon.

The No. 5 ranking shatters the previous the all-time program record set last season at No. 12.

Prior to last season, BU was ranked for 10 straight weeks and peaked at No. 17 in 2009, which stood as the program-high ranking for eight years in the 37-year history of the AVCA poll.

The Bears are ranked for the 40th time in program history and have received votes in the poll for 29 straight weeks dating back to the 2017 season.

Baylor is the second-highest ranked Big 12 team behind No. 3 Texas.

No. 5 Baylor returns home for the first time this season to host the Hampton Inn & Suites Waco North Baylor Invitational Thursday through Saturday. BU will face Houston at Thursday at 7 p.m. CT, followed by a matchup against Tennessee Saturday at 1 p.m.

Saturday’s match is “Pack the House” Night where all tickets are $1. Fans can purchase online at www.BaylorBears.com/tickets [baylorbears.com].