Bears are No. 1 team in the country for the first time in program history 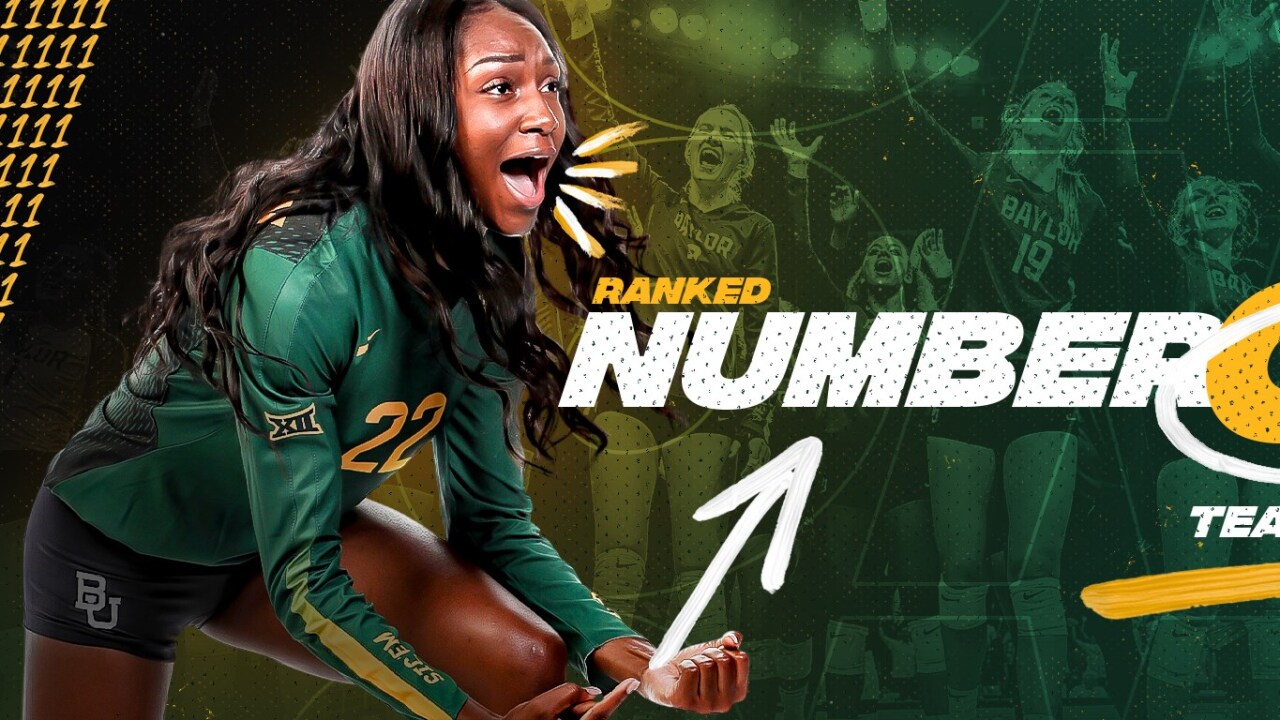 LEXINGTON, KY. — Baylor volleyball is No. 1 in the AVCA Division I Coaches Top 25 Poll for the first time in program history, released Monday afternoon.

Volleyball is the ninth Baylor program to earn a No. 1 ranking and the third BU team in 2019 (women’s basketball, acrobatics & tumbling).

Baylor is the third Big 12 program to garner the No. 1 AVCA ranking, joining Texas and former member Nebraska. BU is the first conference team since 2017 to hold the top spot in the poll.

BU is the last remaining unbeaten team in DI college volleyball with an 11-0 record, including a 5-0 mark at home.

Prior to last season’s program-best No. 12 ranking, BU was ranked for 10 straight weeks and peaked at No. 17 in 2009, which stood as the program-high ranking for eight years in the 37-year history of the AVCA poll.

The Bears are ranked for the 43rd time in program history and have received votes in the poll for 32 straight weeks dating back to the 2017 season.

Baylor will open host Oklahoma for its Big 12 home opener on Wednesday at 7 p.m. at the Ferrell Center.