Fourteen student-athletes will be competing for the Bears in Austin. 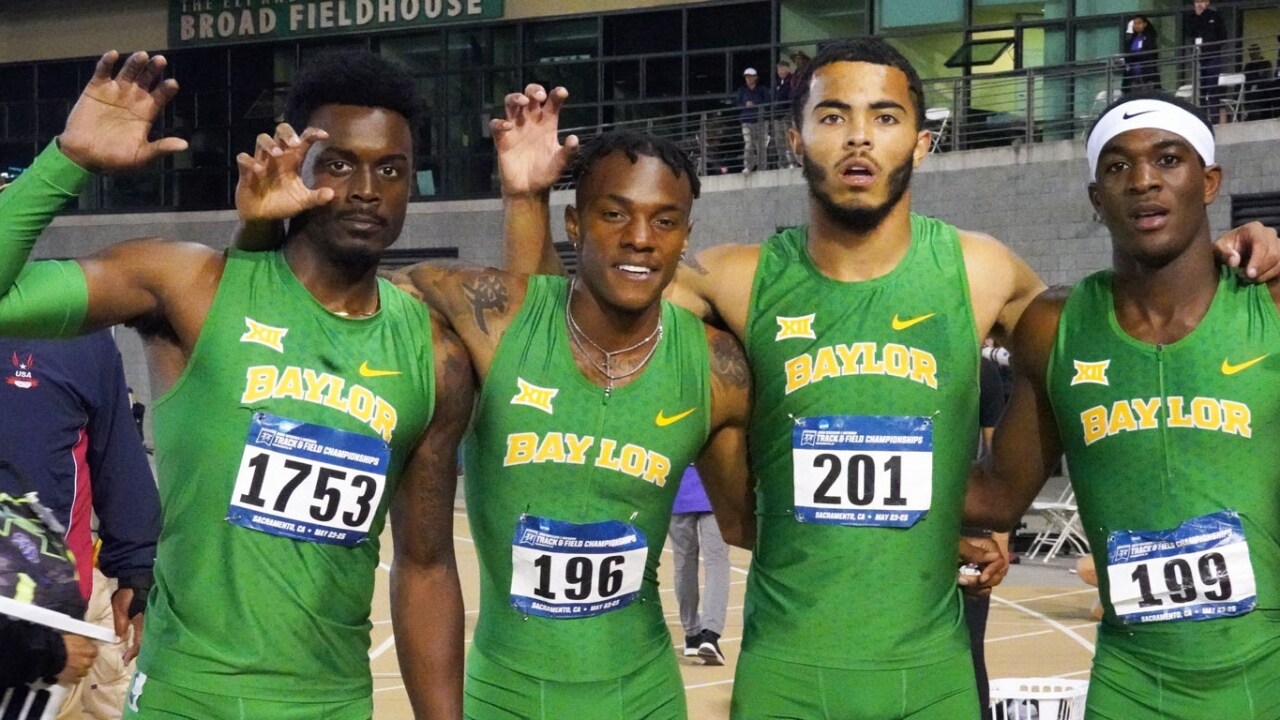 WACO, TX — Baylor track & field is set to close the 2019 campaign as the Bears travel south on Interstate 35 to compete in the NCAA Outdoor Championships June 5-8 at Mike A. Myers Stadium in Austin, Texas.

“Being just 90 miles down the road in Austin - at a place that a lot of our athletes have called home, have run state championships - they’ve got a lot of great memories there,” head coach Todd Harbour said. “So, it’s a nice tradeoff. There’s no crowd in the world like Eugene. It’s unbelievable. Those people up there appreciate great performance - it’s like a European crowd. But Austin is home, and we’re real excited.”

Senior Wil London, sophomores Howard Fields III, Jalen Seals, and Aaliyah Miller, as well as freshman KC Lightfoot will be competing for national championships along with both the men’s and women’s 4x400-meter relay teams.

This will be London’s fourth consecutive trip to the NCAA Outdoor Championships, where he earned All-America honors in 2017 and 2018 with eighth-place finishes both years. The Waco, Texas, native was a double All-American in 2018 as the Bears’ 4x400-meter relay team placed seventh. London will be competing in both the 400 meters and 4x400-meter relay this week.

Miller competed in both the 800 meters and 4x400-meter relay as a freshman at the 2018 outdoor championships, where she was an All-American on the Bears’ 4x400 squad. She will once again be competing in the 800 and 4x4 this week.

Seals and Lightfoot will be making their first appearances at the NCAA Outdoor Championships.

Seals has earned seven All-Big 12 honors between indoor and outdoor during his first two years at Baylor.

The men’s 4x400-meter relay will travel London and Fields along with Chris Platt, Matthew Moorer, Caleb Dickson, and Antwuan Musgrove to Austin. On the women’s side, Miller as well as Kiana Horton, Victoria Powell, Sydney Washington, Leticia De Souza, and Morgan Stewart will be making the trip as members of the 4x4 squad.

“We’ve pointed to it all year that we want to finish strong,” Harbour said. “We didn’t have our best meet last year at the end of the year at Eugene. So, we really want to have a great ending to this season. And I think both groups are set up.”

The 2019 NCAA Outdoor Track & Field Championships will be televised on the ESPN family of networks, including ESPN, ESPN2, ESPNU, and ESPN3. A complete list of streams can be found athttps://www.ncaa.com/championships/trackfield-outdoor/d1/broadcast-info [ncaa.com]. Live results can be viewed at https://dt8v5llb2dwhs.cloudfront.net/NCAA/index.htm [dt8v5llb2dwhs.cloudfront.net].

*All times listed are in Central Time