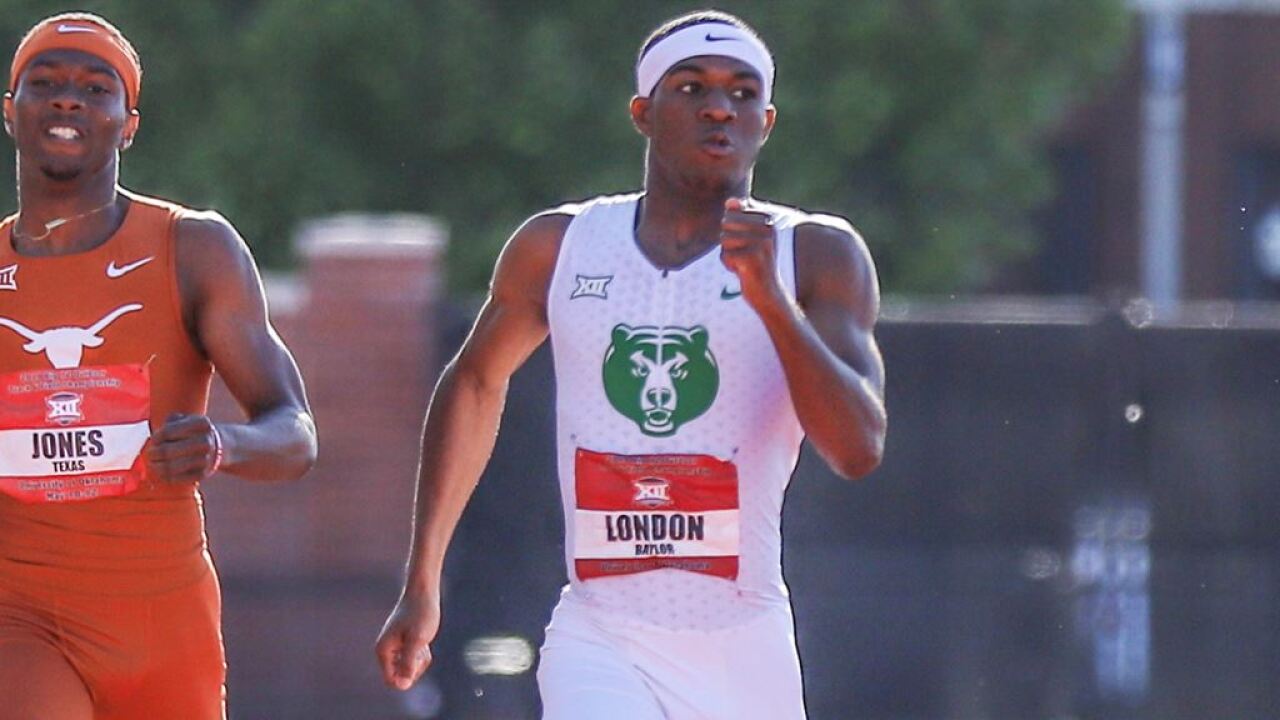 In his final individual race as a Baylor Bear, London ran a season-best time of 44.63 (No. 7 in the world this year) to finish third in the 400 meters and earn his seventh All-America award. He would later take home his eighth as the 4x4 anchor.

“Wil had a great effort in both races,” head coach Todd Harbour said. “What can you say about Wil London? He’s one of the all-time great competitors. He’ll always go down with guys like Jeremy (Wariner) and Darold (Williamson) and Q (Quentin Iglehart-Summers), MJ (Michael Johnson). Just an outstanding young man.”

“You know, sometimes we never get to write the perfect ending to a script,” Harbour said on Coach Clyde Hart’s final meet. “You always would hope that we could go out with a win for him, but I know those guys gave it their best shot, and I know he’s proud of them and I’m proud of them.

“They competed hard. Theoretically, they shouldn’t have even been in the race with Howard (Fields III) going down like that. If he hadn’t kept them in it, we wouldn’t have been running tonight. I’m proud of him and just wish he could have come back and run tonight. But, we’ll be back.”