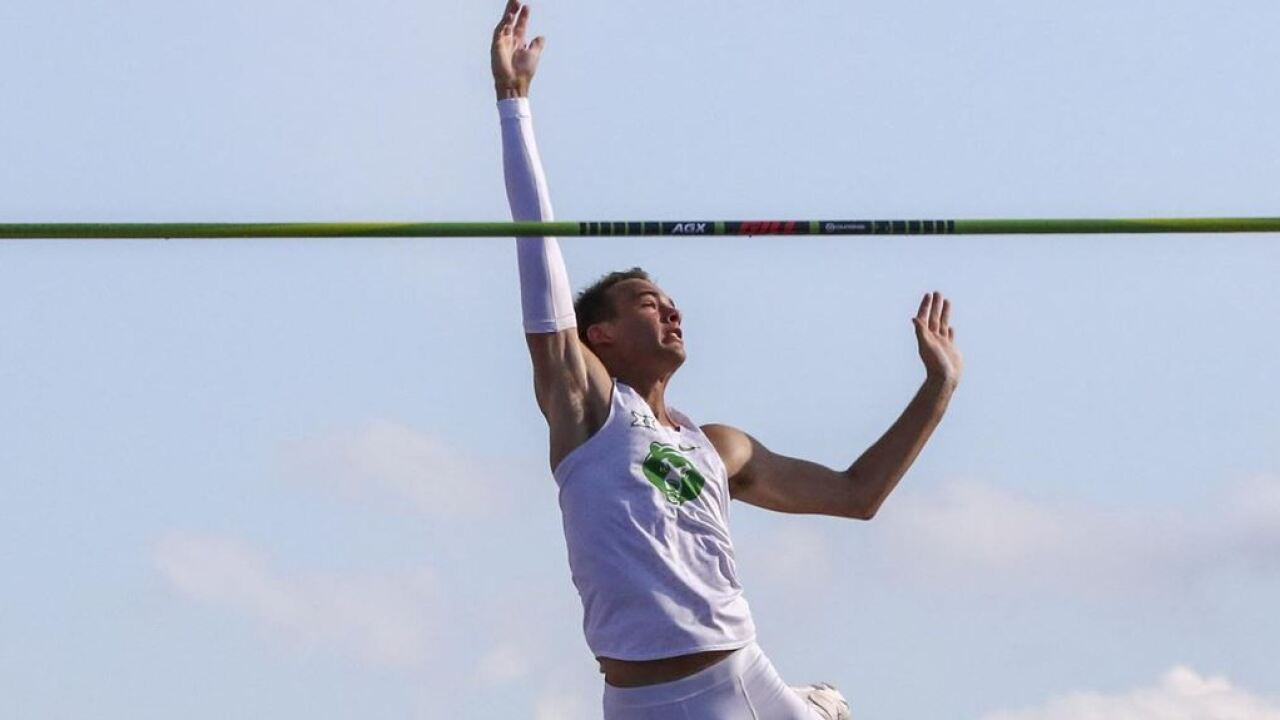 “KC, to be in the greatest vault competition in NCAA history and to come out fourth as a freshman, that’s amazing,” head coach Todd Harbour said. “What can you say? Coach (Brandon) Richards has just done an incredible job with him. You’re just so proud of him.”

In the men’s 400 meters, Wil London cruised to a time of 45.32 to take second in his heat (fourth overall) and earn an automatic spot in Friday’s final. Howard Fields III concluded his season in the 400 with a time of 46.05, the 15th-best time.

Baylor closed out the evening with a heroic effort in the 4x400-meter relay, finishing with a season-best time of 3:02.54 to earn a spot in Friday’s final.

On the second leg, Fields fought through to get the baton to Chris Platt, who ran a 45.49 split to pass it off to London. London proceeded to split 44.16 and bring Baylor all the way back to second place, giving the Bears an automatic spot in Friday’s final.

“I think it was an outstanding first day,” Harbour said. “It ended with the 4x4 running our best time of the year with a young man that really had to dig down deep. I’m just proud of all four of those guys, Matthew and Chris and Howard and Wil, because that was an incredible effort by Howard to get them through that.