Dalton will serve as recruiting coordinator and will assist with sprints and hurdles. 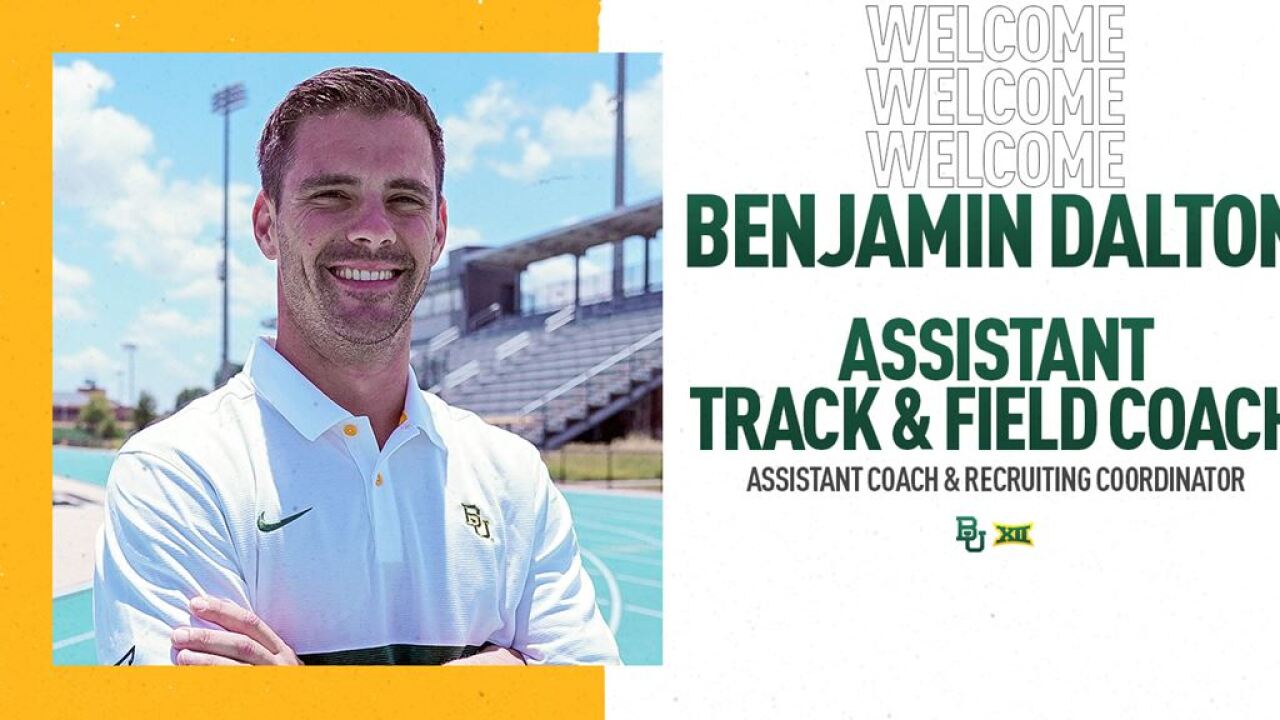 "We're excited to welcome Ben and his wife Ashley to the family," Harbour said. "He stood out amongst a great group of candidates that applied for the job. He brings great experience to our program in the area of coaching as well as recruiting. He will be a great addition to our staff working alongside Coach (Michael) Ford in the sprints and hurdles, and he has proven to be a very successful recruiter. That was an area that we felt like we needed to address."

Dalton comes to Baylor after one year at Texas A&M, working with sprints, hurdles, and relays for the 2018-19 season. Prior to his time in College Station, Dalton was an assistant coach at Texas in 2017-18 for sprints, hurdles, relays and multi-event athletes winning the 2018 Big 12 Women's Indoor Championship team title.

"I am excited and honored to join Coach Harbour and the phenomenal coaching staff at Baylor," Dalton said. "Baylor has so much to offer its student-athletes, and I want to be a part of a program that puts an emphasis on their development in all aspects of life. We have the resources in place for success where we can recruit and develop top talent and compete for championships year in and year out. I'm excited to hit the ground running."

Dalton has proven himself as one of the best recruiters in the sport. He signed two No. 1-ranked World Junior student-athletes currently at Texas (Barbadian Jonathan Jones and American Kynnedy Flannel) and assisted Tonja Buford-Bailey in signing Jamaican Shiann Salmon. At New Orleans, he signed future Olympians and World Championship/NCAA competitors Karl Saluri, Michael Nicholls, and Constant Pretorius.

A native of England, Dalton earned his bachelor of science degree from the University of Bath with a double major in biomechanics and exercise physiology. He also studied abroad at the University of Florida. Dalton received his Master's degree in kinesiology specializing in Motor Control during his time at LSU. Upon receiving his Master's degree, Dalton spent time as a full-time instructor at LSU in the Kinesiology department.

For updates on the Baylor Track & Field team throughout the offseason, follow the team's social media accounts: @BaylorTrack.