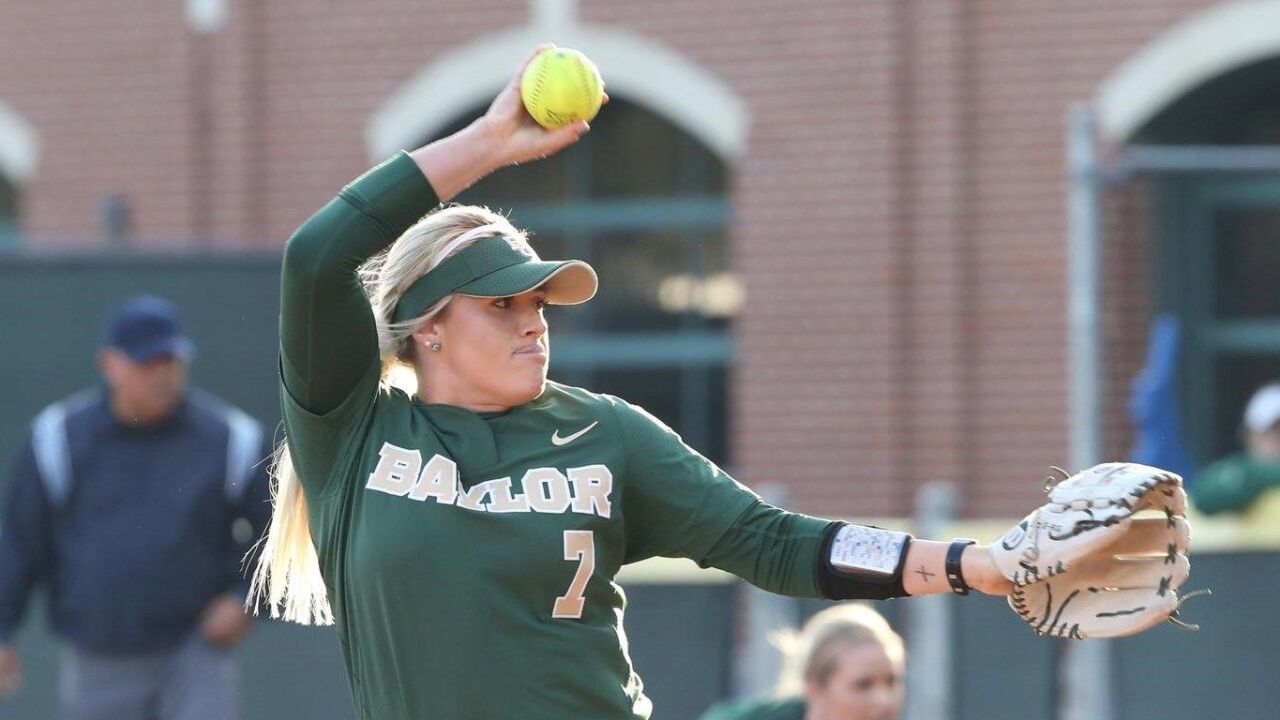 WACO, Texas — The Baylor softball team is celebrating after the NCAA decided earlier this week to grant all players in spring sports an extra year of eligibility.

Under the ruling, freshman athletes will remain as freshmen, sophomores will stay as sophomores, and so on. Seniors like Lady Bears pitcher Gia Rodoni will be allowed to compete for an additional year as well.

Rodoni was hoping to have a comeback season in 2020, after her 2019 season was cut short by injury. She pitched a no-hitter and led Baylor to a 19-5 start to the year.

"To have a pitcher like Gia Rodoni, who sat out last year, and we saw the struggles we had last year without her, to come back and pitch the way she has... that's where it all starts," Baylor Softball Coach Glenn Moore said.

But, Baylor's comeback season came to an abrupt end when the Big 12 announced it was canceling its remaining competitions.

For two weeks, Rodoni's pitching career was over.

"From a softball standpoint, it was devastating," Moore said. "This team was ready to reclaim the position they had been in for quite a few years, and we were well on our way."

But, with the NCAA's announcement, players like Rodoni were offered a second chance to play for the Green and Gold.

"I could not be more blessed to come back in 2021 to compete for a national championship," Rodoni said in a video on Twitter.

The NCAA has given individual schools the ability to choose whether or not to provide financial aid to returning seniors up to the amount they received the year before.

That is not the only complication for some seniors. Fifth-year senior Kyla Walker told Moore she will not be taking the year of eligibility. Walker graduated with a degree in Communication Sciences and Disorders.

"Most from our program have made big plans for their future," Moore said. "In a sense, it's selfish of me to ask them to give up what they've already prepared for, and I certainly don't with her."

With Rodoni coming back, alongside catcher/infielder Taylor Ellis and infielder Nicky Dawson, the Lady Bears could have one of their deepest teams ever.

"This is a great group of seniors," Moore said. "And next year would have been a rebuilding year for us, but every one of these kids is special in their own right and can compete on the highest level."

The Lady Bears will have to make room for the expanded roster. Moore says he will likely build more lockers to accommodate the extra players, and he plans to hold tryouts for spots in the fall.