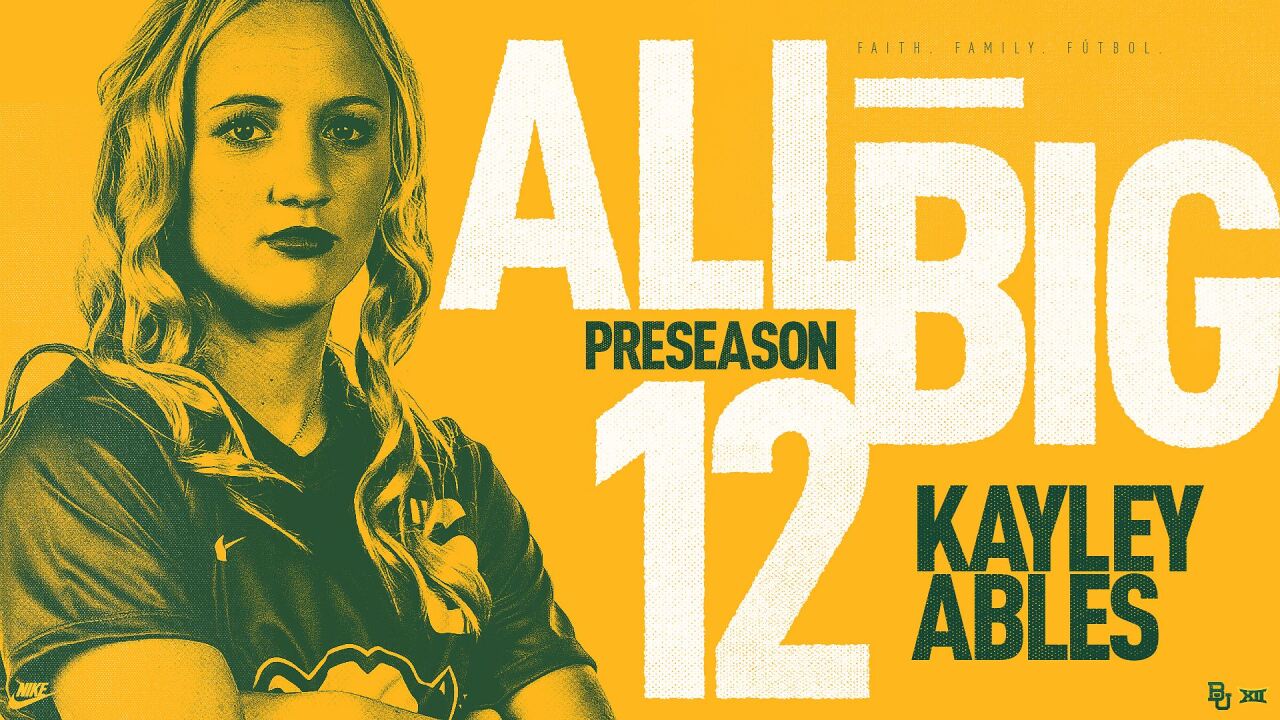 The sophomore defender was the lone Baylor representative on the preseason honors list, with 11 selections voted on by the conference’s coaches.

Ables was one of five defenders chosen to the list. She recorded the most minutes of any freshman on the squad with 2,017 as she started every match she played a year ago. The Waco native is also one of four 2018 Big 12 All-Freshman Team honorees to be voted on the preseason list.

This is the first preseason selection of Ables’s career.

Baylor is coming off the most successful season in program history with a program record 20 wins in 2018, including the Big 12 regular season title and advancing to the Elite 8 for the second straight season. BU finished the year 20-6 and returns 15 for the 2019 squad, including eight starters.