Taylor Moon scores her first goal of the season vs. the Wildcats 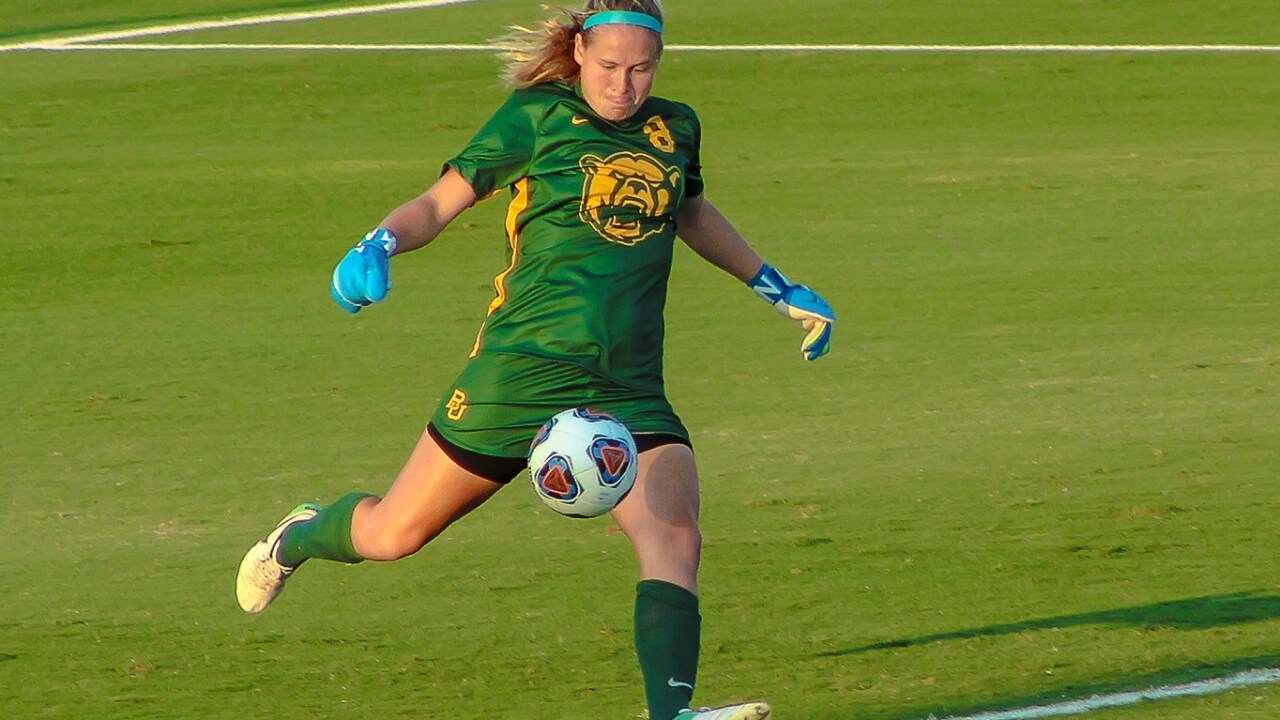 ACU took the lead in the first half with a goal by Shay Johnson in the 26th minute. In the opening half alone, the Wildcats held the 9-4 edge in shots.

Baylor played more aggressively on the offensive end in the second half as the Bears recorded 12 shots to the Wildcats’ one during that stretch. In the 57th minute, Taylor Moon tied things up as she received the ball just outside the box, made a move and scored.

On the night, Baylor outshot ACU, 19-15. Moon, Ally Henderson and Maddie Algya each finished with three shots to lead the Bears.

STAT OF THE GAME
19 – Number of shots for the Bears, which marked the most for BU since the 2-0 win over Wyoming (25). In all, Baylor’s 19 shots are the third most on the season.

TOP QUOTE
Paul Jobson on the match…
“A lot of credit to ACU. They were definitely the better team in the first half and capitalized on their opportunity. I thought we turned some things around in the second half to get an equalizer, but we dug ourselves a big hole against a good team. We will bounce back this week to face two more great opponents.”

UP NEXT
Baylor returns home to host No. 3 USC on Friday and Gonzaga on Sunday. Friday’s match will be Scarf Night while Sunday will be Pups at the Pitch.