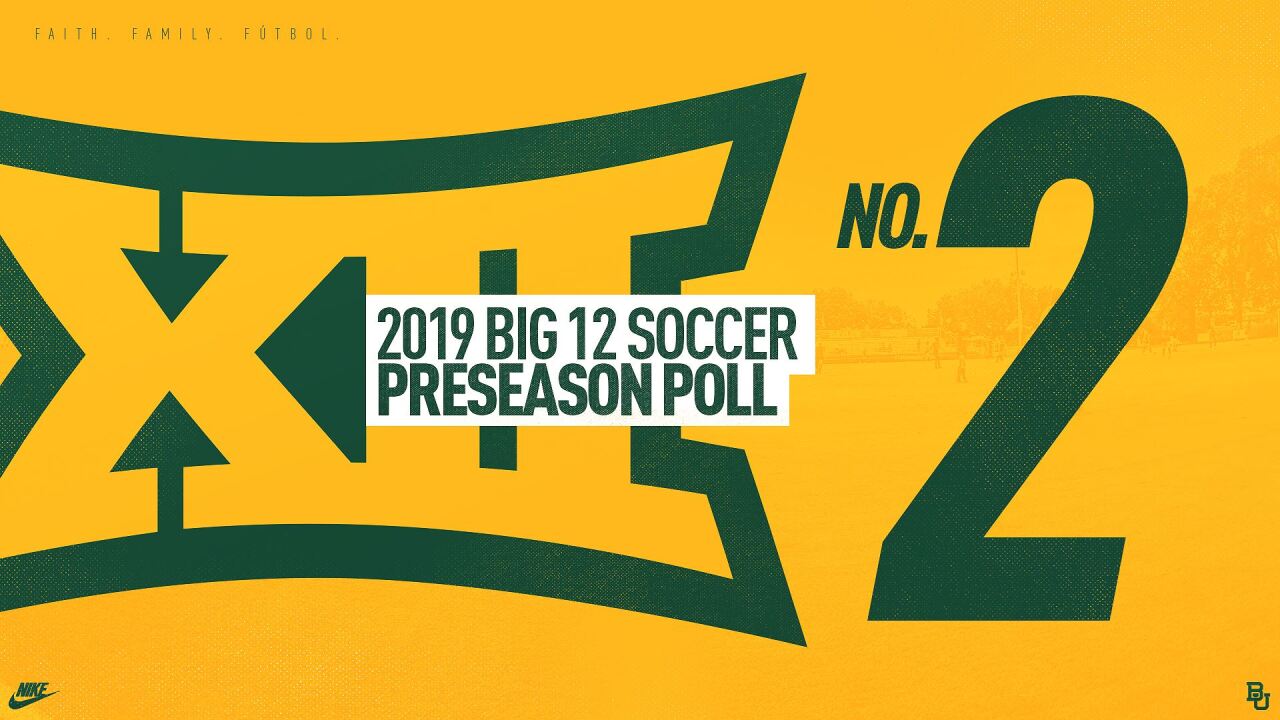 This marks the highest preseason ranking in program history as the 2012, 2013 and 2018 squads were each picked third. The Bears join West Virginia as the only two teams in the conference to be ranked in the top four in each of the last four seasons.

With only three more points than Baylor, West Virginia was picked for the top spot. Behind BU is Texas in third with TCU in fourth and Texas Tech fifth.

The bottom half of the conference rankings continue with Kansas, Oklahoma State, Oklahoma, Iowa State and Kansas State, rounding out the 2019 preseason ledger.

Baylor enters the season at No. 14 in the national polls, trailing No. 11 West Virginia and trailed by No. 19 Texas and No. 22 Texas Tech with TCU and Kansas also receiving votes.

Baylor is coming off the most successful season in program history with a program record 20 wins in 2018, including the Big 12 regular season title and advancing to the Elite 8 for the second straight season. BU finished the year 20-6 and returns 15 for the 2019 squad, including eight starters. Head coach Paul Jobson will enter his seventh season as head coach, his 12th year overall with the program, and will welcome seven newcomers to the roster.

The Bears are slated to host their first exhibition match of the season at 5 p.m. Sunday at Midway High School's Rice Field.

Season tickets are now on sale. Single game tickets will be available beginning at 8:30 a.m. Friday, Aug. 9. Get your tickets on BaylorBears.com/tickets or by calling 254-710-1000.

The Legacy Fund membership is an exclusive support club that enhances the Baylor Soccer program. Becoming a Legacy member allows you to get an insider look at Baylor soccer and to support the team in every aspect of the program's success. For more information on the Legacy Fund, visit baylorbears.com/bearfoundation or call 254-710-3197.