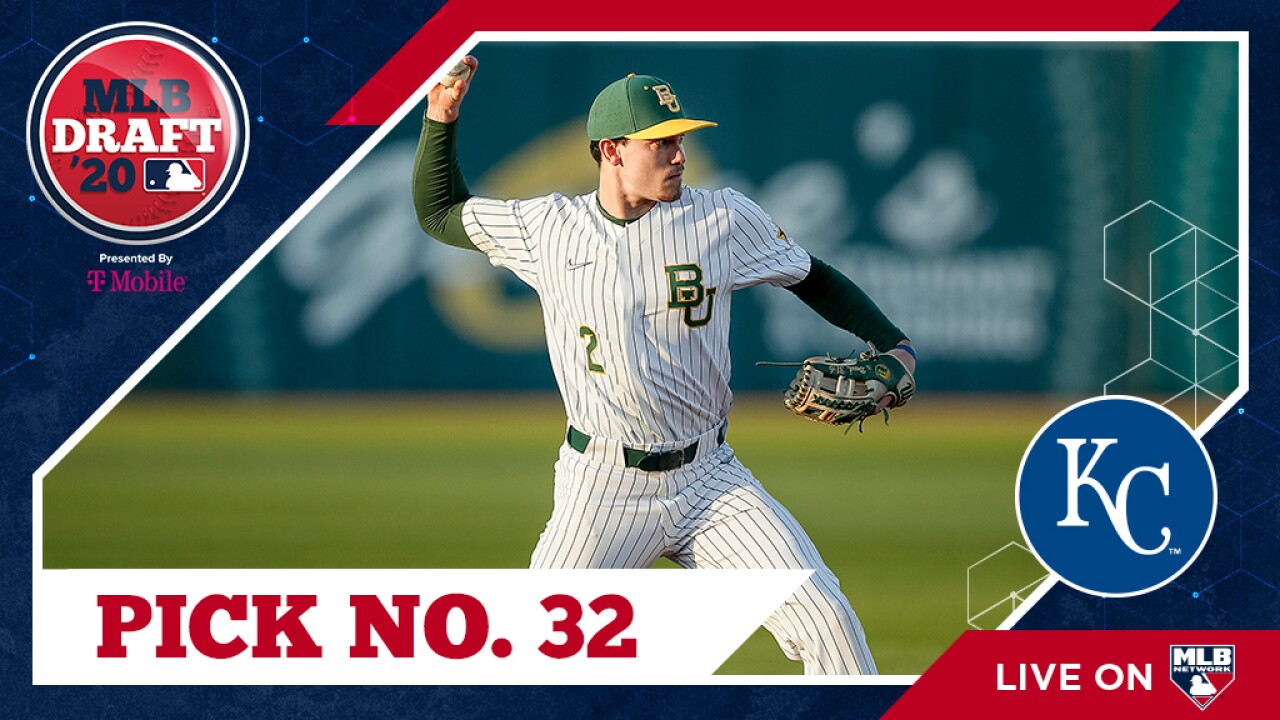 Baylor shortstop Nick Loftin is headed to the major leagues!

The Baylor Bear was selected with the 32nd overall pick in the MLB Draft.

With the 32nd overall pick of the 2020 #MLBDraft, the #Royals select @BaylorBaseball SS Nick Loftin, No. 36 on the Top 200 Draft Prospects list: https://t.co/KhA0EZ9lEt

He was projected as number 36 on the Top 200 Draft Prospects list.