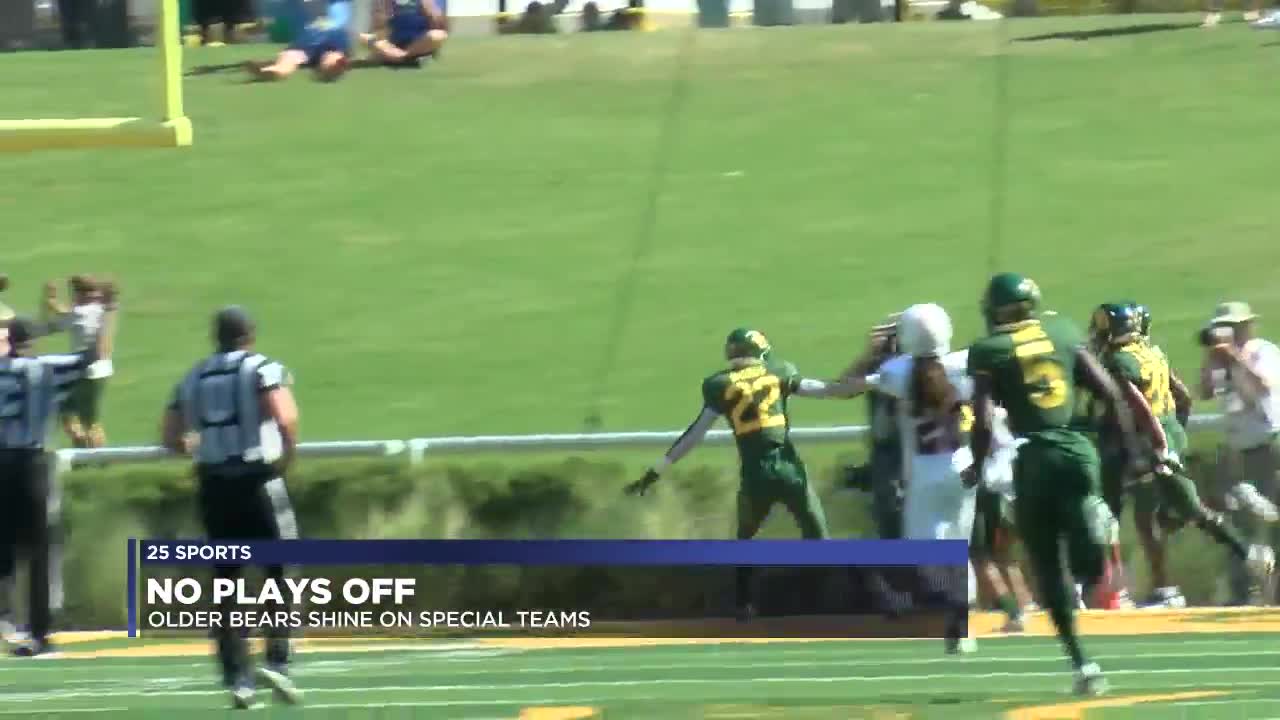 WACO, TEXAS — For the last couple seasons, Baylor Head Coach Matt Rhule has talked about trusting the process, hoping his players would buy into his system. Now, in year three of the Rhule Era, the Bears' senior leadership has seemed to rise to that calling.

Those big names are making an effort to do whatever they can on offense, defense and special teams.

Guys like Chris Platt, Blake Lynch and Denzel Mims all have decided to take the extra step of playing special teams, and it has paid dividends.

After almost breaking a couple punts last week, Grayland Arnold finally got free down the right sideline to score the first return touchdown for the bears since Levi Norwood did it in 2013.
The seniors’ effort has caught the eye of people at the next level, according to Rhule.

"We had an NFL general manager-type person talking about the commitment of our seniors playing special teams,” Rhule said. “And you don't see that everywhere. That's not me. That's not Coach Siravo. That's our seniors. Those guys are not just playing special teams by returning. They're out there blocking for Grayland and all those things. So, I think they just learned from last week and improved in terms of making their blocks."
The Bears hope the added boost on special teams can give them an edge later in the year.