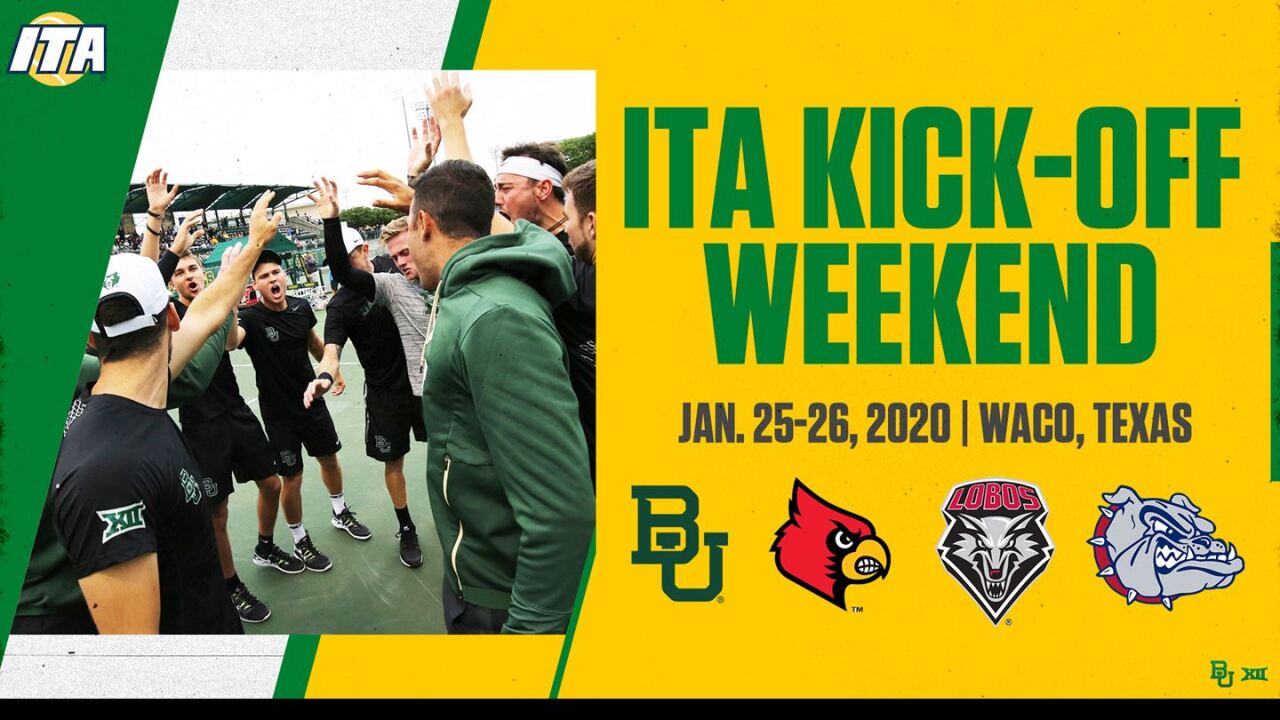 WACO, TX — The Baylor men's tennis team will be one of 15 host sites for the 2020 ITA Kick-Off Weekend in a tournament field that includes Louisville, New Mexico and Gonzaga on Jan. 25-26, 2020, at Hawkins Indoor Tennis Center.

The three visiting schools will travel to Waco for a four-team tournament with the top-seeded Bears facing No. 4 seed Gonzaga and No. 2 Louisville playing No. 3 seed New Mexico on Saturday, Jan. 25.

The winners will come back the following day on Sunday, Jan. 26 to play for a berth in the ITA National Team Indoor Championship.

Baylor is one of 15 men's host sites around the country for the Kick-Off Weekend. The three teams chose to come to Waco as part of a draft selection process that was completed on Thursday.

As a team, the Bears completed the season ranked No. 6 after going 25-6 and reaching the quarterfinals at the NCAA Championship.

The Bears will compete in the ITA Kick-Off Weekend for the ninth time in the 11 years of its existence, winning all 16 matches and advancing to the national event the previous eight seasons.

BU will host the event for the seventh time in program history and has not served as the host on only two other occasions (2017, 2019).

Last season, BU pushed past No. 12 Georgia, 4-2, and advanced to the national site after defeating host and 24th-ranked Michigan, 4-1, in Ann Arbor.