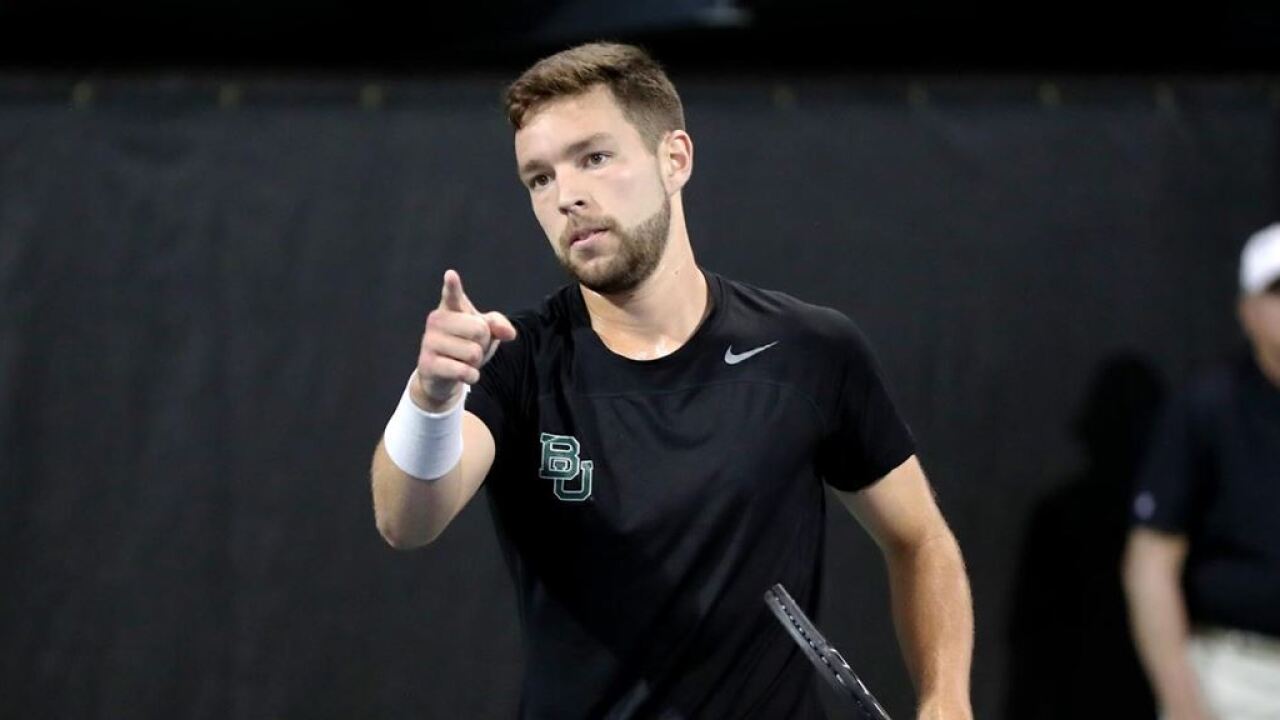 Two upperclassmen in senior Constantin Frantzen and junior Sven Lah opened up their fall seasons while freshman Christopher Frantzen made his collegiate debut in Napa.

Constantin Frantzen dropped his opening match to Pacific’s Philip Hjorth, 6-3, 6-4, on Friday and then fell 6-1, 6-4 to Cal’s Bjorn Hoffmann on Saturday. He closed out the tournament with a 6-2, 7-5 triumph over Jack Anthrop of USTA. He finished the weekend with a 1-2 singles mark.

Christopher Frantzen opened his collegiate career with a 7-6(5), 6-3 win over Cal’s Dominic Barretto on Friday. Then, he suffered a 7-6(7), 7-5 loss to Stefan Leustian of USTA on Saturday. He also won his group with a 6-4, 6-4 win against Michigan’s Connor Johnston to finish 2-1 on the weekend.

Lah and Constantin Frantzen paired up for two doubles matches over the weekend as well. Lah and Frantzen dropped a 6-2 decision to Michigan’s Andrew Fenty and Matias Siimar on Friday but then took a 6-2 victory over USTA’s Anthrop and Hugo Hashimoto on Saturday to finish 1-1 on the weekend.

Christopher Frantzen paired up with Cal’s Mert Zincirli for one doubles match. The duo fell 7-5 to USTA’s Luke Casper and Samir Banerjee.

WHAT’S NEXT
Select Bears will head back to the west coast to compete in the Oracle ITA Masters in Malibu, Calif., Sept. 26-29. The singles and doubles draws will be released at a later date.