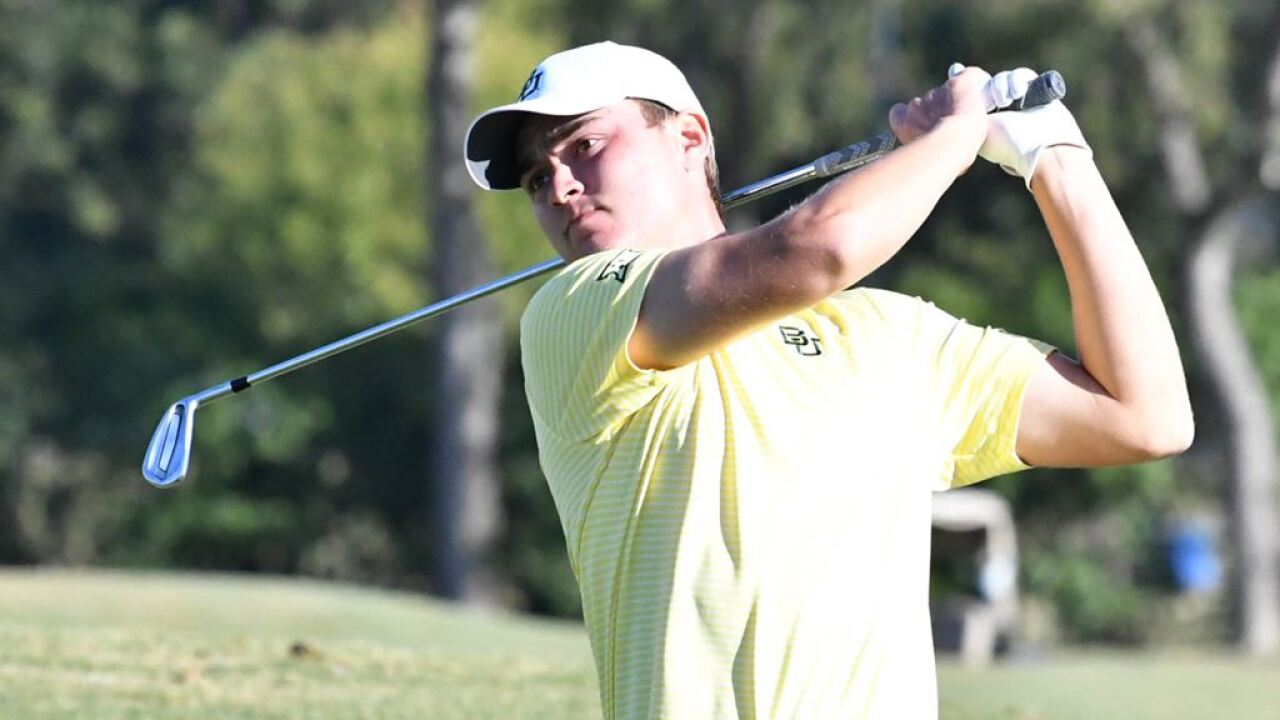 DALLAS, texas — Baylor men’s golf moved up one spot to finish in second place after shooting 10-under-par 274 in Tuesday’s final round at the Royal Oaks Intercollegiate. The Bears entered the day in third place and moved ahead of Liberty with a three-round total of 16-under 836 at Royal Oaks Country Club.

All five members of the Baylor lineup recorded top-20 individual finishes. The Bears were led by Colin Kober, who shot 1-under 70 in the final round to tie for eighth place at 5-under 208. Mark Reppe recorded his second career top-10 finish by tying for 10th place after his final round of even-par 71 capped a career-best three-round total of 4-under 209.

Cooper Dossey carded a 2-under 69 on Tuesday to finish tied for 16th place at 1-under 212, while Johnny Keefer and Brandon Hoff tied for 19th place at even-par 213. Hoff matched his career-best round with a 4-under 67 in the final round, while Keefer shot 3-under 68.

Three Baylor players entered the tournament as individuals. Tyler Isenhart led that group with a tie for 27th place at 2-over 215 after a final round of 1-over 72. Travis McInroe shot 5-over 76 in the final round to tie for 34th place at 4-over 217, and Scout McNealy finished tied for 67th at 23-over 236 after carding 8-over 79 on Tuesday.