Bears enter final round seven strokes out of top-five 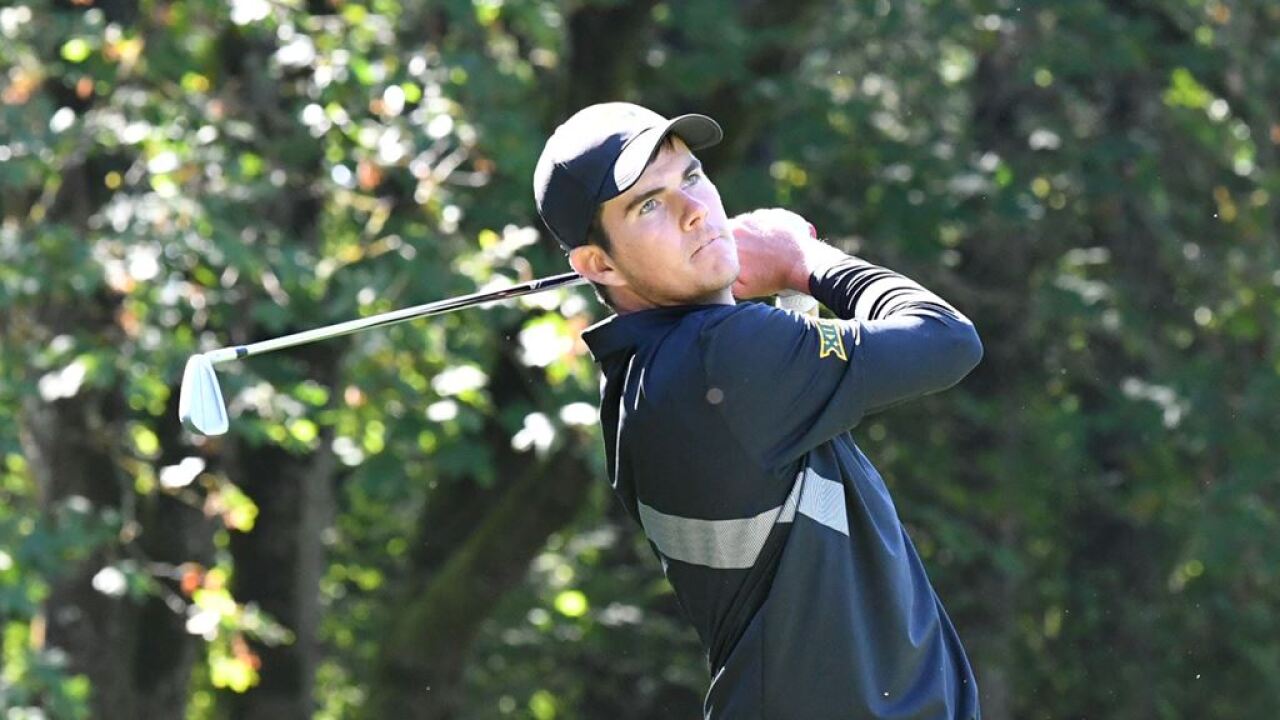 NORTH PLAINS, ORE. — Baylor men’s golf moved up one spot into ninth place after shooting 2-under-par 282 in Monday’s second round of the Nike Collegiate Invitational. The Bears are at 1-under 567 heading to the final round at Pumpkin Ridge Golf Club’s Witch Hollow course.

Mark Reppe had the Bears’ best round of the day, sinking four birdies and 13 pars on his way to a 3-under 68. He climbed 24 spots on the leaderboard into a tie for 30th place at even-par 142. Travis McInroe posted a 1-under 70 to move into a tie for 49th place at 4-over 146. McInroe made four birdies in a six-hole stretch and finished with a birdie on his final hole to get below par.

Cooper Dossey and Colin Kober recorded the Bears’ final counting scores with matching rounds of 1-over 72. Dossey is tied for 24th place at 2-under 140, and Kober is tied for 66th place at 7-over 149. Dossey posted 15 pars for the second-consecutive round and leads the 81-player field with 30 pars across 36 holes.

STAT OF THE DAY
68 – Mark Reppe’s 3-under 68 tied the best round of his three-year collegiate career. He started from the 10th tee and made a birdie on No. 11, five straight pars and consecutive birdies on Nos. 17 and 18 to take the turn at 3-under. Reppe then started the second half of his round with five consecutive pars, got to 4-under with a birdie on No. 6 and finished at 3-under after a bogey on his final hole, No. 9. Reppe’s 68 matched his career-best round set at the 2019 All-American Intercollegiate.

WHAT'S NEXT
Tuesday’s final round begins at 10 a.m. CT with tee times from Nos. 1 and 10. The Bears are paired with players from Duke and Texas and will be first off the first tee. Kober is up first at 10 a.m., followed in 10-minute intervals by McInroe, Reppe, Keefer and Dossey, respectively. Live scoring is available at www.golfstat.com [golfstat.com]. Follow @BaylorMGolf on Twitter, Instagram and Facebook for updates throughout the season.