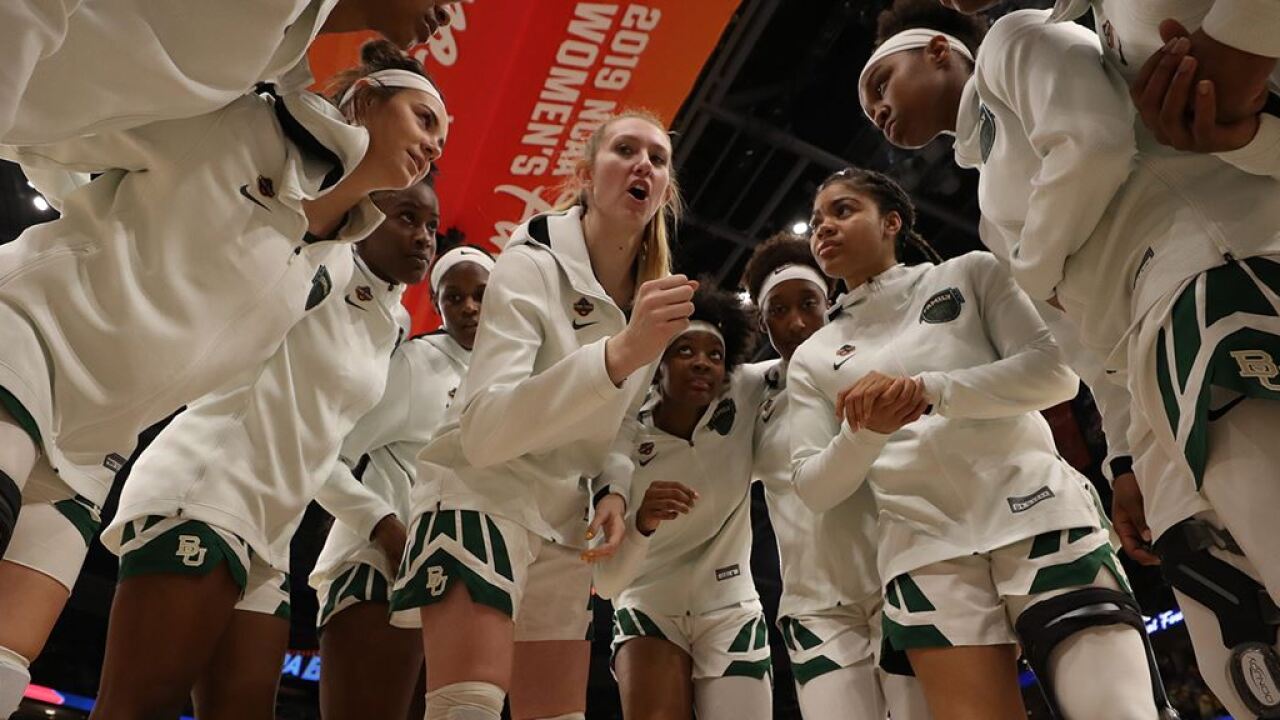 WACO, TX — The 2019 defending national champion Baylor Lady Bears are far from finalizing the 2019-20 schedule, but Monday the team learned that three games will be played over the Thanksgiving break in St. Thomas as a part of the 2019 U.S. Virgin Islands Paradise Jam.

The tournament, in its 20th season, will also feature UT Arlington, Louisville, Oklahoma State and Oregon as a part of the “Island Tournament” while Baylor’s bracket is named the “Reef Tournament. Baylor’s all-time record vs. the Mavericks is 18-3, the Lady Bears are 2-1 all-time vs. Louisville and BU won its only two matchups with South Carolina during the 2018-19 season.

Baylor last played in the Paradise Jam in 2008, going 2-1 with wins over Central Florida and Villanova while falling to Wisconsin.

The Lady Bears are coming off their third national championship in program history with a 82-81 victory over Notre Dame April 7. Baylor went 37-1 on the season and is just the third program to win three or more national titles in NCAA women’s basketball history.