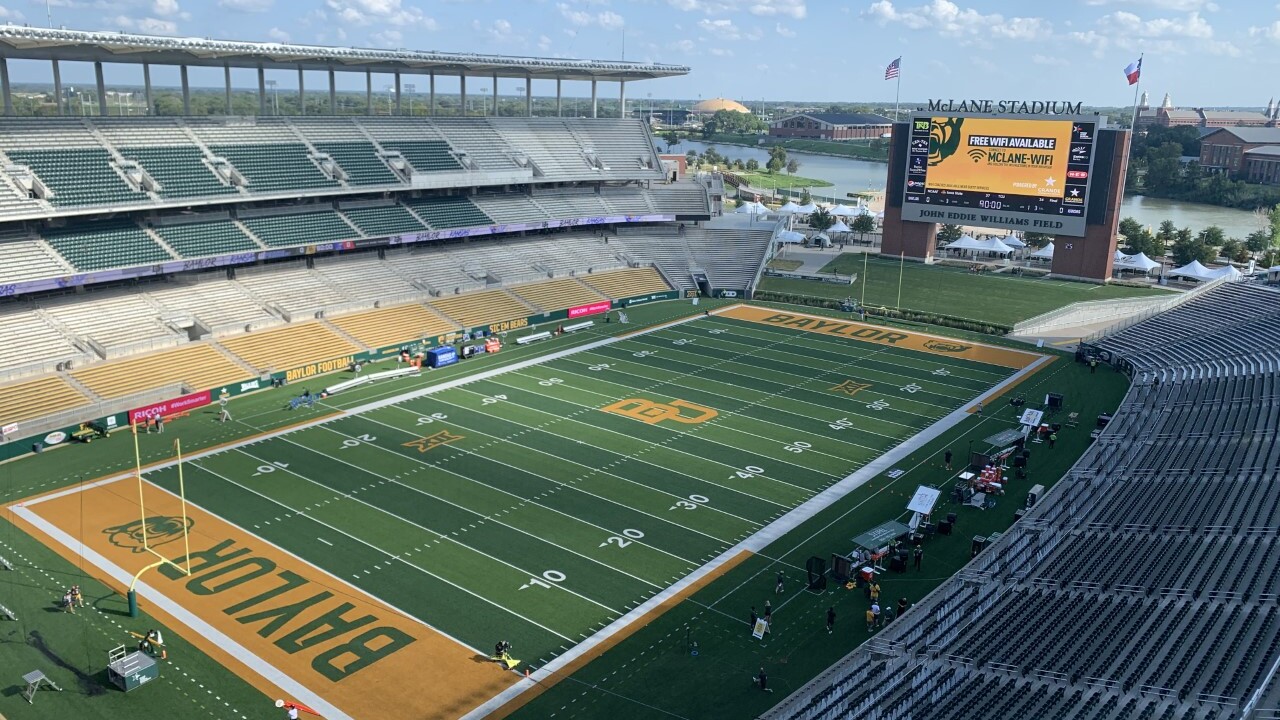 WACO, Texas — After an offseason filled with uncertainty and two postponed openers, Baylor football finally kicked off Dave Aranda's tenure with a 47-14 win.

The Bears were led by running back Trestan Ebner, who accounted for four of Baylor's touchdowns. Ebner became the first player in program history to return two kick returns for touchdowns.

Baylor got out to a slow start, allowing Kansas to score a touchdown on its opening possession. Pooka Williams opened the scoring with a 21-yard touchdown run.

From there it was all Baylor.

Ebner scored his first touchdown of the year on a one-yard run that tied the game at seven. On the following drive, the Bears tacked on three points when John Mayers hit a 47-yard field goal.

Ebner's stellar performance continued with 4:13 left in the second quarter. Quarterback Charlie Brewer faked a handoff to running back John Lovett and connected with Ebner for a wide-open 18-yard touchdown reception.

Brewer finished the game 15-23 with 142 yards and one touchdown. He also ran for 23 yards on eight carries.

The Bears carried a 17-7 lead into halftime.

Ebner finished the game with 272 all-purpose yards and four touchdowns.

The win pushes Baylor to 1-0 and gives Dave Aranda his first win as head coach.

Baylor travels to West Virginia next week to play the Mountaineers.