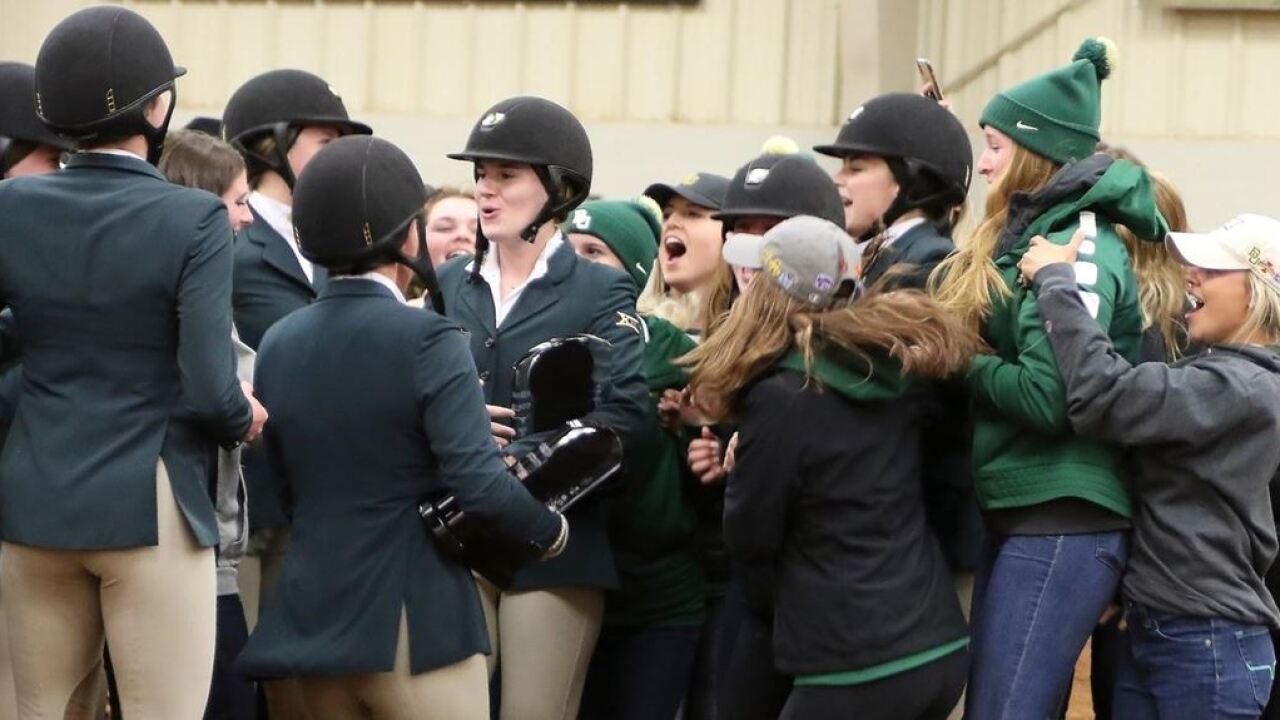 Baylor will host four meets at home and compete in seven road meets, leading into a postseason that will see the Big 12 Championship and NCEA National Championships return to Waco.

“We are excited to get the team back and started for the 2019-2020 season,” Maxwell said. “We have a very competitive schedule ahead of us coupled with hosting the Big 12 Championship and NCEA National Championship back to back in the spring. We know this will be challenging to our team, but we are looking forward to preparing them mentally and physically so they can take on this season.”

The first look at the Bears will come on Sept. 21, with BU hosting an intra-squad scrimmage at 10 a.m.

Baylor will officially open the season on the road against SMU in Dallas on Sept. 27 and then return home to host the 11th-annual Willis Invitational, featuring matchups against UC Davis and Delaware State Oct. 4-5.

BU will open conference play on the road in Stillwater, facing Oklahoma State on Oct. 18 before returning to Waco to host TCU on Nov. 1.

The Bears will close the fall portion of their schedule by facing new Big 12 foe Fresno State on the road and play Georgia in a neutral site matchup from Nov. 8-9 in Fresno, Calif.

BU will open the spring schedule with a short trip to Springtown to face TCU on Feb. 7 and then turn around and face Auburn in a non-conference matchup on Feb. 15 in Auburn, Ala.

Baylor will open the 2020 home slate with a conference matchup against Fresno State, and then the Bears will make the trip to College Station to face Texas A&M and South Dakota State from Feb. 28-29.

BU will then host Oklahoma State in the regular season finale on March 7 in Waco.

For the fourth time in program history, the Bears will host the Big 12 Equestrian Championship in Waco, running March 27-28.

Baylor, in partnership with the City of Waco and McLennan County, will then host the NCEA National Championships at the Extraco Events Center for the 15th-straight season, the third for the organization since moving to a new tournament format in 2017-18. The championship will run April 15-18, with the collegiate equestrian world converging on Waco for the weeklong event.

Baylor is coming off a 9-5 season in Maxwell’s second season, looking to build on the program’s fourth Big 12 title. Baylor will welcome in a full recruiting class of newcomers, as well as a strong core of returning riders for the 2019-20 season.

All Baylor home events are free and open to the public. Family-friendly attractions include inflatables and pony rides for children, as well as on-site concessions and merchandise.