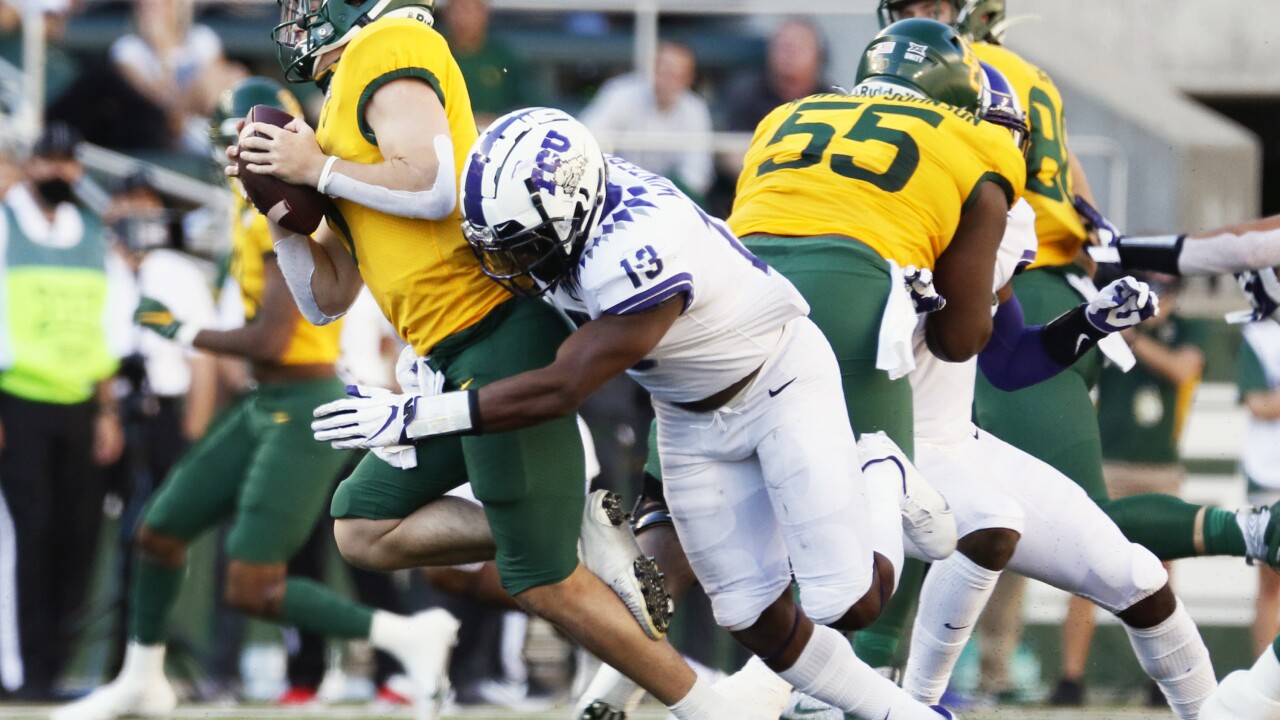 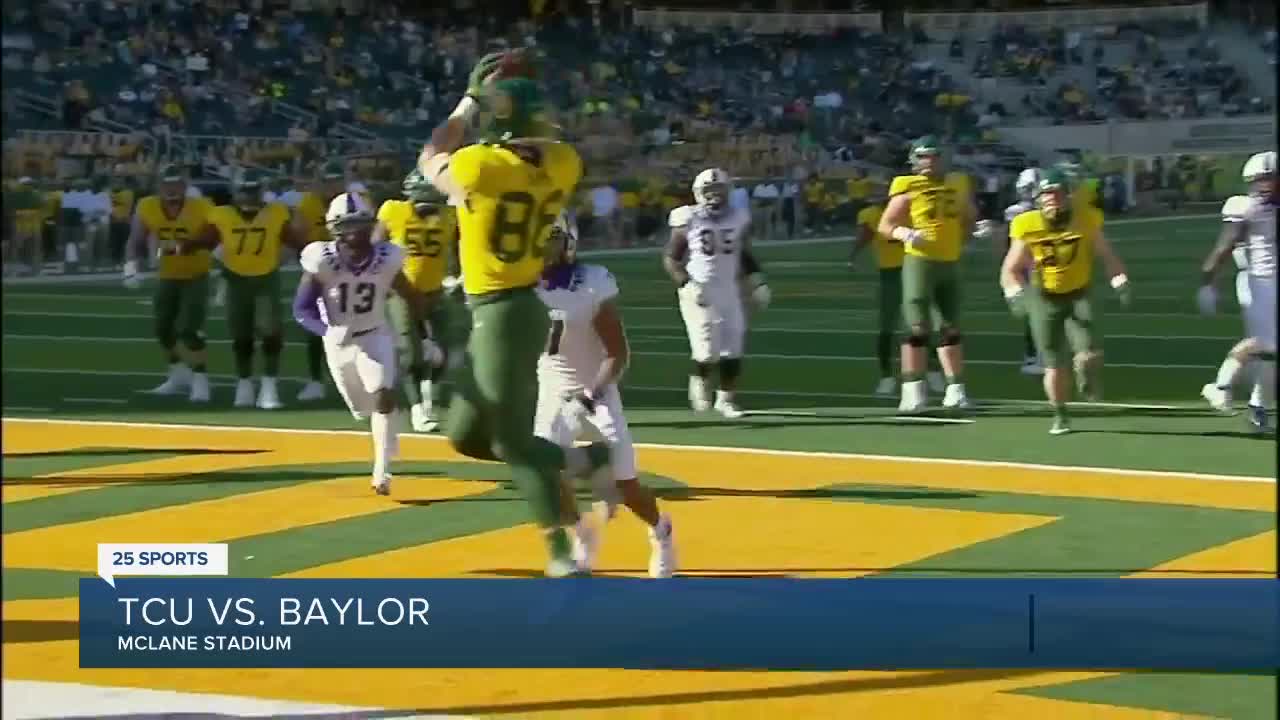 WACO, Texas — After coming out to a sluggish start, the Baylor Bears (1-3) could not complete a dramatic 30-point comeback. The loss was Baylor's third in a row and first at McLane Stadium this season.

TCU dominated the first half of the game, scoring the game's first 30 points.

The Horned Frogs opened the scoring with a three-yard Darwin Barlow touchdown run. Less than two minutes later, TCU extended its lead to 14 points on a 67 yard punt return touchdown.

The onslaught would continue deep into the second quarter. With 9:07 until halftime, TCU kicker Griffin Kell hit a 33-yard field goal to extend the lead to 30-0.

Baylor's offense did not do much to help the struggling defense. On its first seven drives, Baylor only converted on one first down. That came after a TCU pass interference call.

Just before halftime, Baylor seized back some momentum. After a TCU fumble, Baylor quarterback Charlie Brewer connected with tight end Ben Sims for a one-yard touchdown pass with 0:13 left before halftime to cut the lead to 30-7.

That score gave the Bears life headed into the break.

After halftime, TCU would add one more field goal. They would not score again.

Late in the third quarter, Brewer began to find a rhythm, connecting with Sims again from three yards out for the tight end's second touchdown of the game.

After going 7-17 with one interception in the first half, Brewer found his stride in the second. He connected with Trestan Ebner on a fourth down conversion to set up a John Mayers field goal.

Craig 'Sqwirl' Williams added a 32-yard touchdown run to cut the lead to 10.

Baylor would have one more chance to cut the lead to single-digits, but the Bears came up short on fourth and two when Preseason All-American safety Trevon Moerhing broke up a Brewer pass intended for Ben Sims.

The Bears were unable to get a stop on the ensuing possession and TCU held on for a 33-23 win.

The Bears will play on the road November 7, when they travel to Ames to play Iowa State.