Baylor baseball gears up for regional opener against LMU 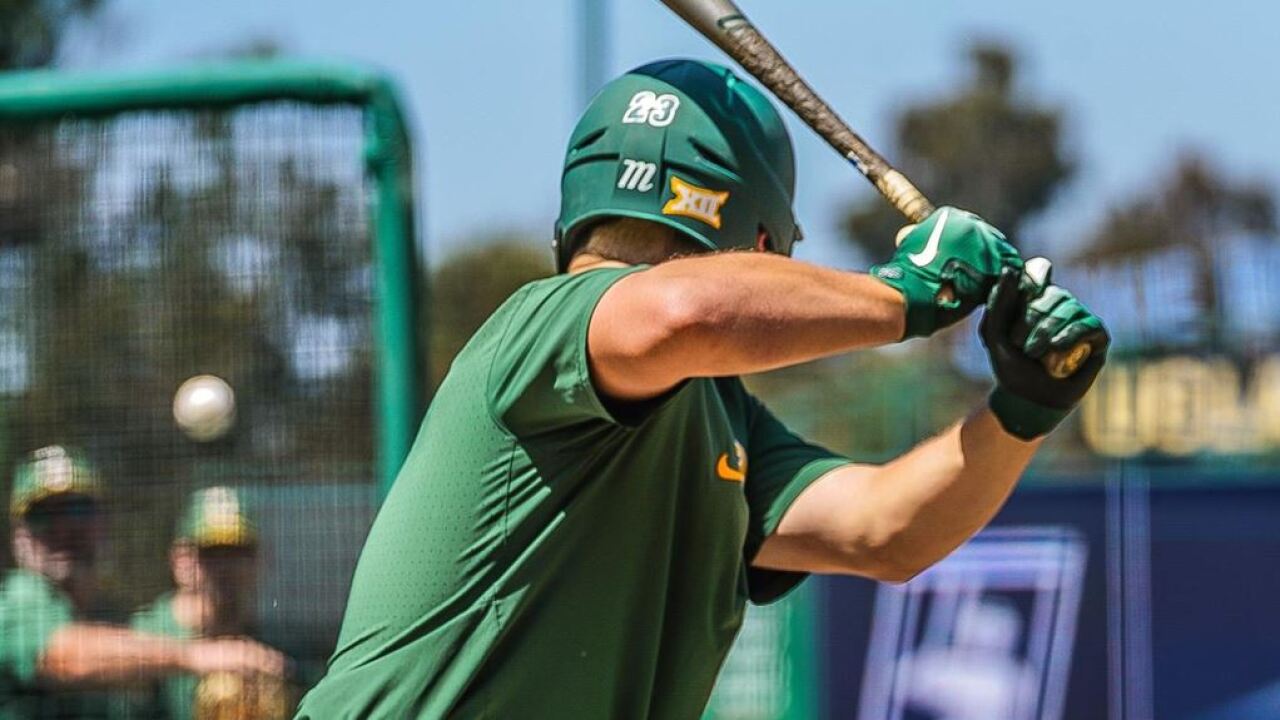 STORY LINES
• The Bears have been selected as the No. 2 seed in the Los Angeles Regional and will match up with No. 3-seeded LMU in the first game of the NCAA Regional on Friday, May 31 at 3 p.m. CT/1 p.m. PT at UCLA's Jackie Robinson Stadium. The other two teams in the regional include No. 1 seed UCLA, the No. 1 seed overall in the tournament and No. 4-seeded Omaha.
• Baylor is making its third-straight NCAA Regional appearance for the first time since a stretch of four-consecutive appearances between 2009-12. This is the 21st regional selection in program history.
• The Bears won 8-of-10 three game series on the year, including 5-of-6 in the Big 12 and a series over Oklahoma.
• Baylor has finished its home schedule with a .500 record or better (24-6 in 2019) in all 20 seasons at Baylor Ballpark (since 1999) and is 456-204 all-time at the park.
• Baylor led the league for a third-straight year with 12 All-Big 12 honors.
• Baylor has 12 or more wins (14) in Big 12 play for the third-straight season. BU has won 12 or more in three-straight seasons for the first time since 2010-12.
• Baylor has won 30 or more (34) games in a season for the third-straight year (32 in 2018), giving the program back-to-back-to-back 30-win seasons for the first time since 2010-12.

HOW TO WATCH AND STREAM
All games in the UCLA Regional will be streamed live on ESPN3.

AGAINST LMU
• LMU may be an unfamiliar foe to Baylor, as the two squads have only played three times in program history, but head coach Steve Rodriguez [baylorbears.com] is very familiar with the Lions, as his Pepperdine Waves were in the West Coast Conference with LMU during his 12-year career at the helm for the Waves. Assistant coach Jon Strauss [baylorbears.com], who was the pitching coach for Rodriguez for six seasons at Pepperdine is also very familiar with the Lions, as he was the pitching coach and recruiting coordinator from 2003-05 at LMU.
• The Bears are 2-1 against the Lions, with the lone matchups coming to open the 2004 season. The Bears took two-of-three in Waco, dropping game one, 8-7, before taking game two 5-4 and game three, 1-0. LMU was ranked No. 13 nationally at that point in the season.

AGAINST UCLA
• The Bears are familiar with the Bruins and Jackie Robinson Stadium, having visited in 2018 for a three-game non-conference series, Feb. 23-25, 2018. The Bears lost game one 5-2, took game two, 8-6, setting up a rubber match that Sunday that they lost, 3-0. The Bears have played two series at Jackie Robinson Stadium in program history and have dropped both, 1-2. In addition to the 2018 series, the Bears visited JRS in 2013. In 2012, the Bears welcomed the Bruins to Baylor Ballpark, but also dropped the series after taking the opener, 1-2. The lone neutral site matchup came in the first meeting between the two clubs in 2009 at the Astros College Classic. The Bears won the game, 5-1. UCLA was ranked in at least one poll all four times the clubs have met, but they have never been No. 1 overall as they are in this regional. Their highest ranking while playing the Bears was No. 6/9 in 2009.

AGAINST OMAHA
• A potential meeting between the two clubs will be the first in program history.