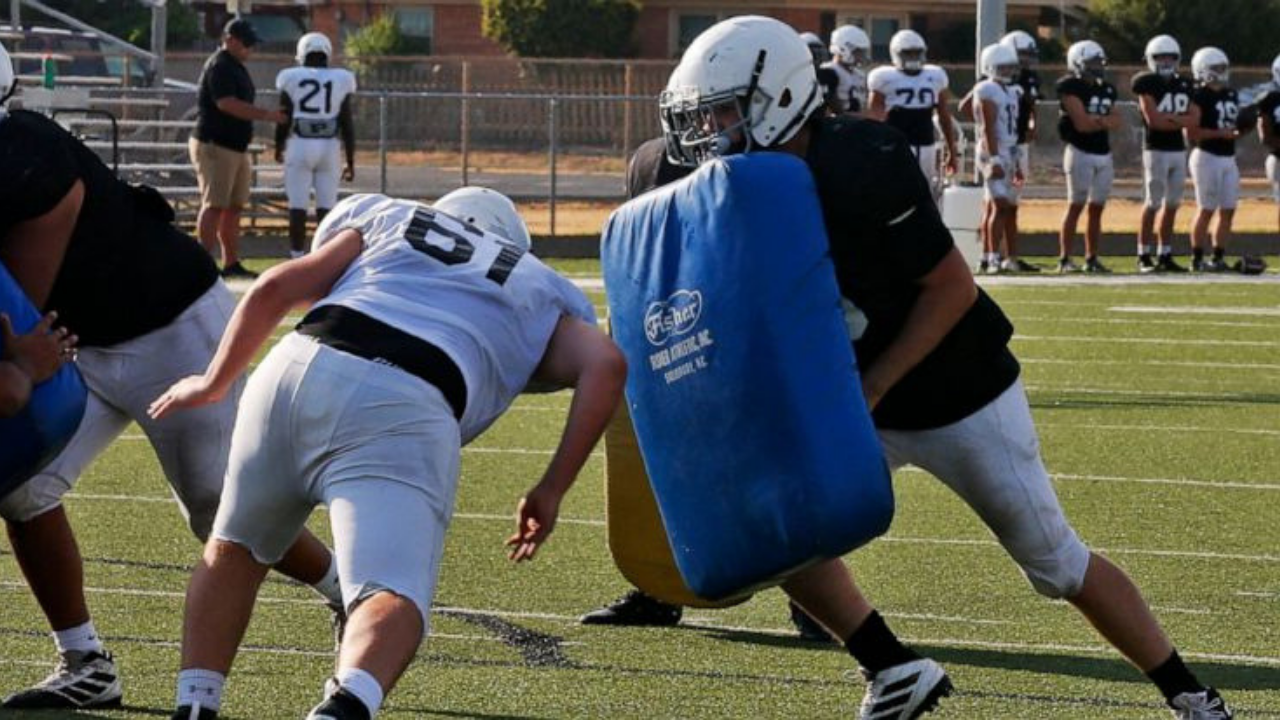 (AP Photo/Sue Ogrocki)
In this Tuesday, Sept. 3, 2019 photo, the Permian High School football team practices in Odessa, Texas. Far more than the final score will be on the line as two grief-stricken cities shaken by mass shootings weeks apart turn to the proud Texas tradition of high school football as part of the healing process. Perhaps no team symbolizes the tradition more than Permian, which are hosting Thursday&#39;s game in Odessa against the Franklin High School Cougars from El Paso. (AP Photo/Sue Ogrocki)

Far more than the final score will be on the line as two grief-stricken cities shaken by mass shootings weeks apart turn to the proud Texas tradition of high school football as part of the healing process.

Perhaps no team symbolizes this rite of fall in the state more than the Permian High School Panthers, which are hosting the game Thursday night in Odessa against the Franklin High School Cougars from El Paso. The Panthers' 1988 team was immortalized in H.G. Bissinger's book "Friday Night Lights," which inspired a movie and television show by the same name.

"It's football in West Texas. But there's something larger that's going on at this game as far as this is about community, about healing, comfort and just solidarity with each other," said Julie Gray, an executive board member for Permian's football booster club.

A gunman on Saturday killed seven people and injured around two dozen others as he went on an hour-long rampage from Midland to Odessa, firing at random before being killed by police outside a movie theater. In El Paso four weeks earlier, a gunman opened fire at a Walmart, killing 22 people before being taken into custody.

David Byrd, president the El Paso team's booster club, said they plan to bring a banner to present to the Permian team to show their solidarity.

"Just a show of unity that we're there for them — we're going through the same thing," Byrd said.

Franklin's Coach Daren Walker, said, "We just want to support their community like everybody supported ours."

High school football games are often how communities come together in Texas. Experts say that for those hurting, it can help to attend the events they normally would, both by preserving some semblance of normalcy and to find comfort through shared grief.

"People get together at those times and they share. They strengthen each other. They support each other. They help each other," said Dr. Carol North, a crisis psychiatrist at UT Southwestern's O'Donnell Brain Institute in Dallas. "... It's trying to wrap your mind around these horrible events."

Counselors and therapy dogs have spread out at the schools in Ector County Independent School District in Odessa this week. Nancy Vanley, the district's executive director of guidance and counseling, said that students across the district have a wide range of trauma. Some are related to those killed or injured. Some were at the theater when the gunman was killed. Others were traumatized from watching the coverage on television.

One of those killed was 15-year-old Leilah Hernandez, who attended the district's Odessa High School. She was shot while walking out of a car dealership.

The Ector County school district says that at the game Thursday it will give El Paso a banner, and there will be a minute of silence and a minute of applause for first responders, in addition to a "special surprise" at the end of the band's halftime performance. Odessa High School, where Hernandez attended, has a game Friday. The district says there will be a moment of silence and special musical numbers as part of the pregame ceremony.

Damian Christian, a Permian senior whose school activities include band, chair and playing the school mascot, said the shooter's path on Saturday came within blocks of his house.

He said the theme of the skit at their pep rally will be that love conquers all and that the band's halftime performance will "touch hearts."

"I think it's going to be a very uplifting moment for both communities — both El Paso and Odessa. Seeing how we both experienced the same thing I see us both kind of lifting each other up," Christian said.