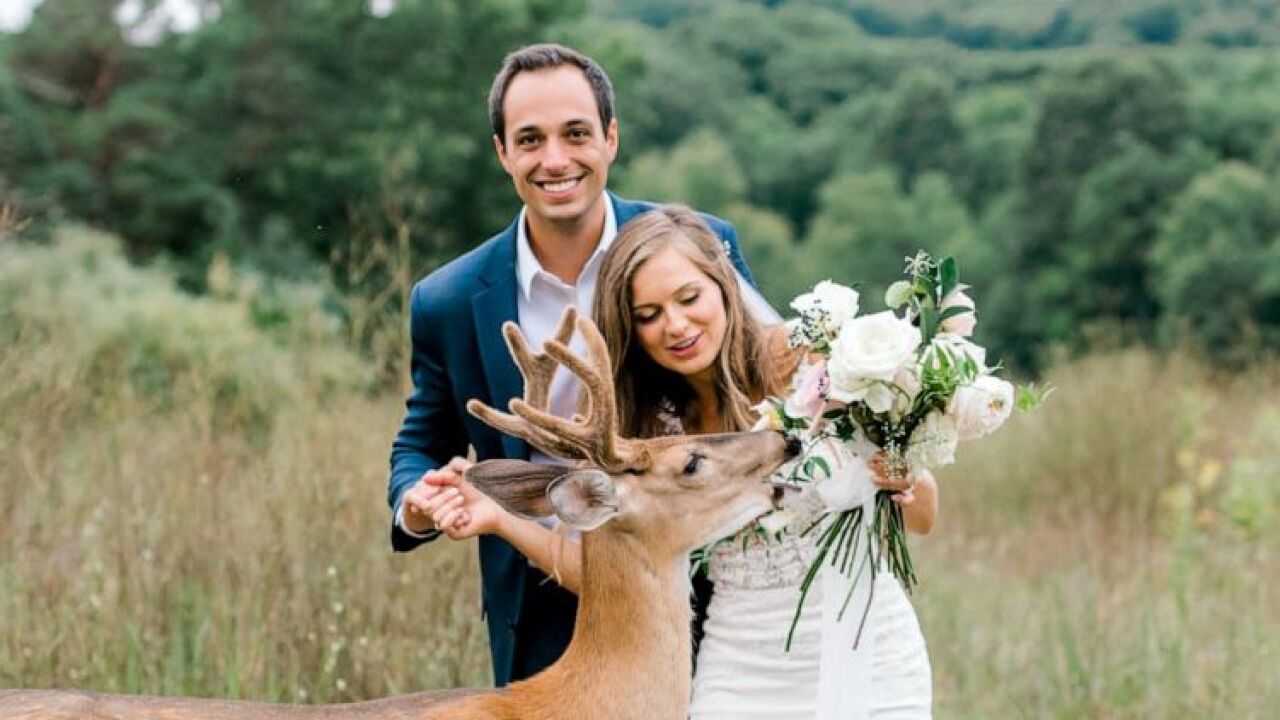 ABC News
Morgan and Luke Mackley were surprised by a deer while their wedding photos were being taken. 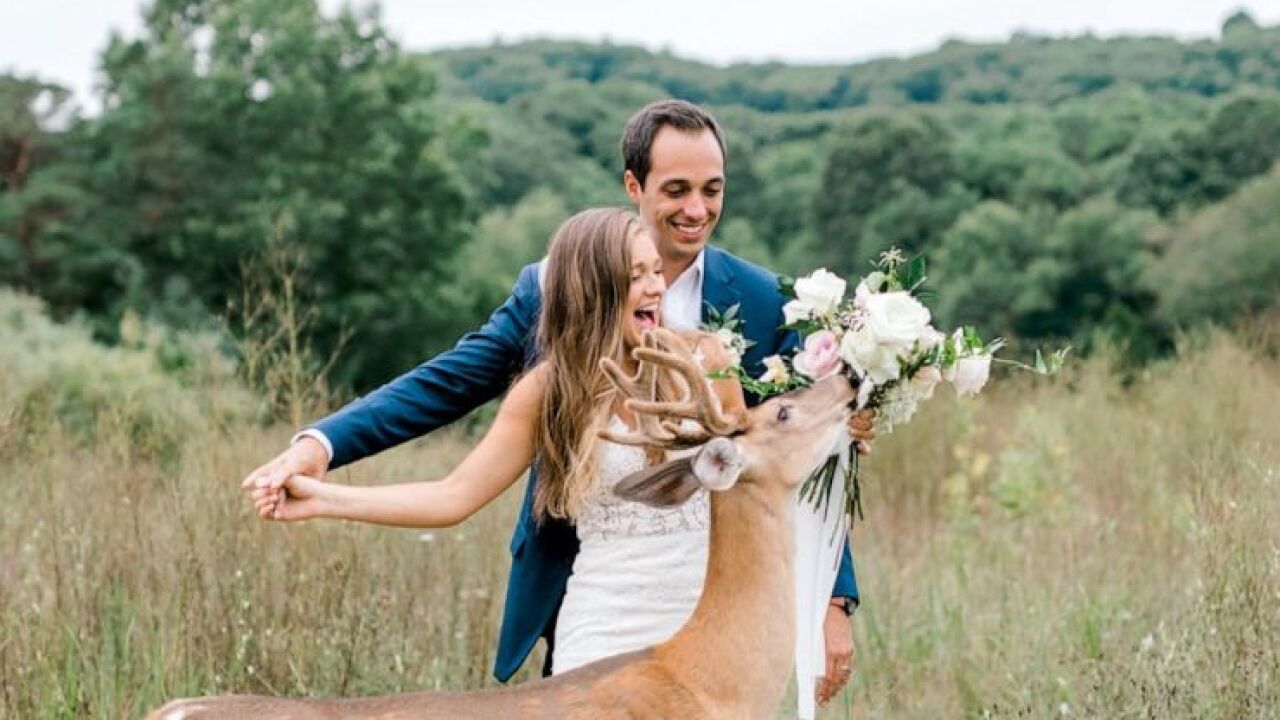 "It's been a crazy first week of marriage," Morgan Mackley said.

Morgan and Luke Mackley were posing in a field during the golden hour at their Sept. 1 wedding when a hungry deer set its sights on the bride's bouquet.

Their photographer, Laurenda Bennett of Laurenda Marie Photography, caught the whole encounter on camera at the Felt Estate in Holland, Michigan. The images have received more than 72,000 likes and 109,000 shares on Bennett's Facebook page.

"We thought it was hilarious," Morgan Mackley said. "We really didn't feel scared at all. Maybe we were riding on that post -wedding high?"

According to the couple, the deer walked right up to them during the photo shoot and starting chowing down on the newly-minted Mrs. Mackley's white roses.

However, Morgan added, she really wasn't upset about sharing her bouquet.

"Apparently, he needed it more than I did," said Morgan, laughing.

The newlyweds said their photos' attention on social media has meant a lot to them but definitely came as a surprise. Morgan works as a speech language pathologist in Jackson, Michigan, and Luke is a dental student at the University of Michigan.

"It's hard to put into words. It's just wild," Morgan said.

Wild is right. Although woodland creatures rarely play a role in real-life matrimony, this deer's photo-bomb pays homage to a Disney-like fairy-tale wedding.

"It was a chance happening, and we were grateful it happened to us," said Bennett, who's been working as a wedding photographer the last five years. She emphasized that the social media response to her photos has been overwhelmingly positive.

"I think there's a lot going on in this world right now. A lot of sadness, a lot of separation. I think people just want to grasp happy stories, and I think this is one of them," Bennett said.

Bennett also said that she hopes the story will continue to resonate.