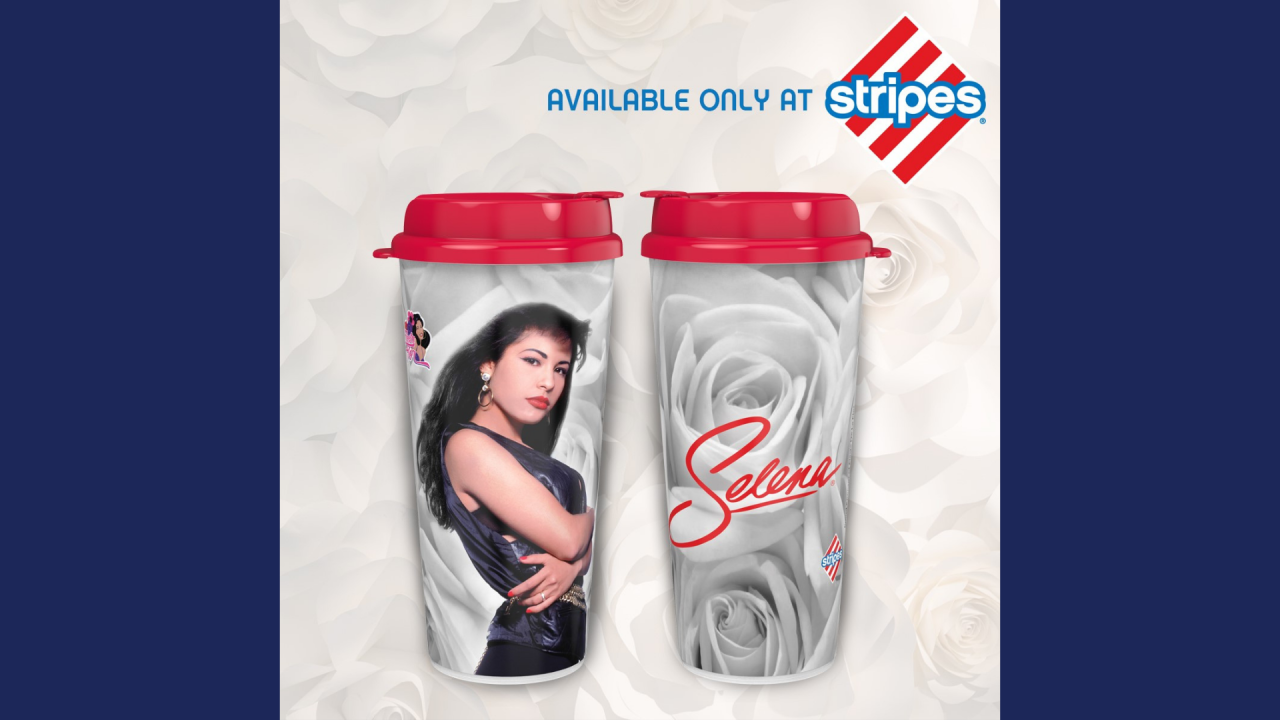 Customers can begin lining up for the “Selena Rose” cups beginning March 9 at 10 a.m.

Stripes will release the final design in April.

The 2019 Selena commemorative cups will be sold at participating Stripes locations in Texas and Louisiana while supplies last.