Wendy's has a new breakfast menu. Here's what's on it 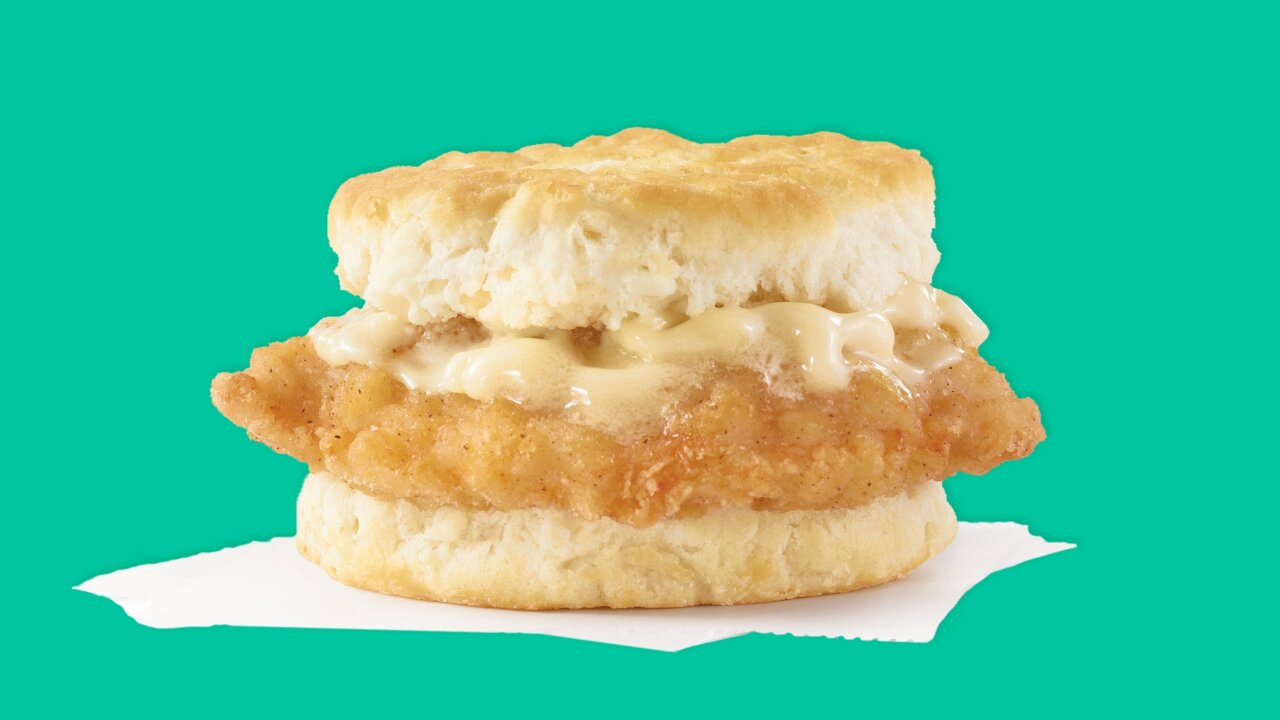 Wendy's/CNN/Wendy's/CNN
"Frosty-ccino" is a Frosty milkshake infused with cold brew coffee. It comes in two flavors: vanilla and chocolate. 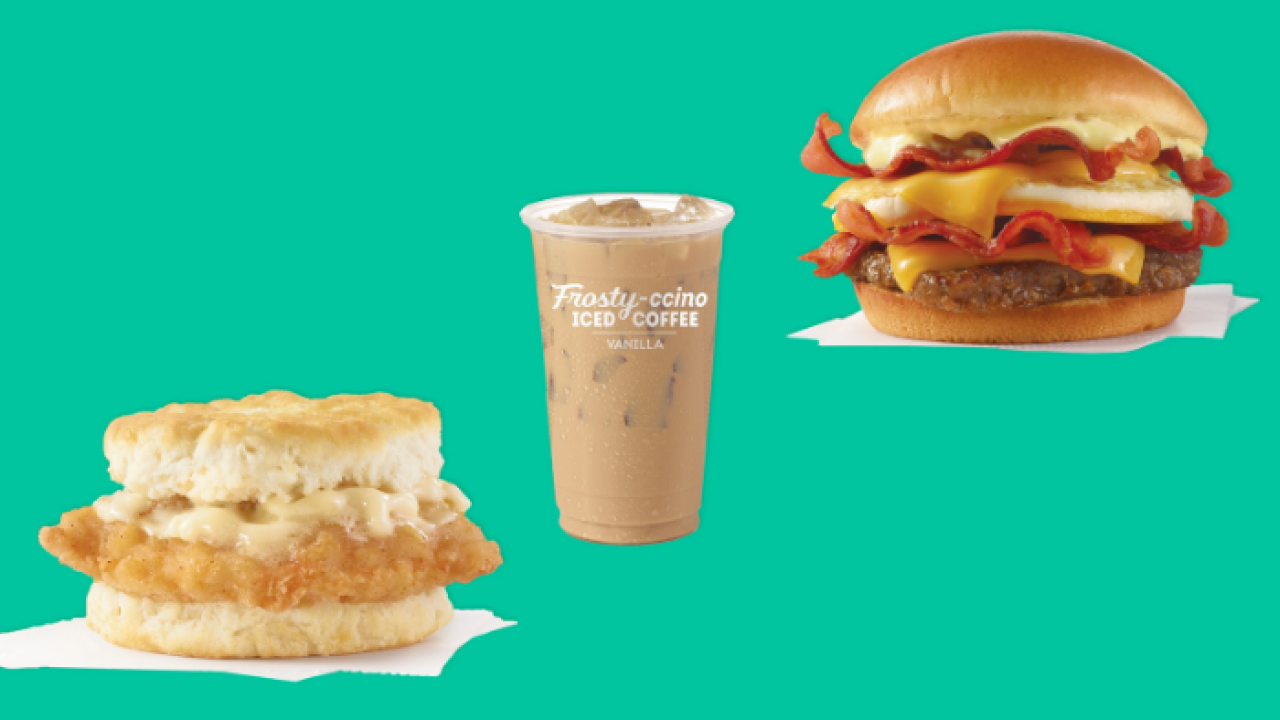 (CNN) -- Breakfast is serious business in the hyper-competitive world of fast food. Wendy's is the latest to announce a big investment in getting morning customers.

The company said Monday that its taking breakfast nationwide next year with a new menu inspired by its afternoon menu and, obviously, includes a Frosty made for breakfast.

Wendy's released a portion of its new breakfast menu. Here are three items. (Note: No judgment is offered on our part by the ranking below.)

1. "Honey Butter Chicken Biscuit" is a buttermilk biscuit with a fried chicken sandwiched in between with whipped honey butter.

2. "Frosty-ccino" is a Frosty milkshake infused with cold brew coffee. It comes in two flavors: vanilla and chocolate.

3. "Breakfast Baconator" is an egg, several slices of bacon, a sausage patty, two slices of American cheese and a dollop of hollandaise sauce.

Here's what Wendy's is thinking.

The chain's last major attempt at the meal happened in 2012. The menu didn't expand nationwide after an initial test because of tough competition, according to food industry blog BrandEating.

The new offerings announced this week include some of the same items Wendy's currently offers in the 300 stores that sell breakfast. A spokesperson told CNN Business that Wendy's plans to offer more than that, including seasoned potatoes and croissant sandwiches. A full menu and prices will be released later this year.

So far, Wendy's entrance into the breakfast wars is making some investors feel nauseous: The company's stock fell 9% on Tuesday — on pace for its worst day in nearly six years.

But analysts at BTIG, which downgraded the stock to neutral from buy, are less optimistic because of the cost involved.

"We are cautious on the prospects given the required upfront investment but uncertain payoff, additional labor needs at a time of already low availability, necessity to take market share from established competitors like McDonald's and general difficulty of daypart expansion in the industry," BTIG analysts said in a note released Tuesday.

He's probably hoping to cash in on one of the sector's most important dayparts. More people prepare breakfast at home than any other meal, and the morning remains the only growth market for the fast food industry, according to research group NPD.

Several of Wendy's competitors have revamped their breakfast menus within the past year to some success. Panera started selling new wraps , Dunkin' rolled out breakfast bowls and industry leader McDonald's has improved its coffee and added donut sticks.

It has paid off for Dunkin' and McDonald's so far (Panera is owned by a privately held company).

Dunkin' sales at US stores open at least a year jumped 2.4% in the first quarter because of demand for its breakfast sandwich value deals. And McDonald's also reported strong sales earlier this year , which were boosted by the donut sticks.