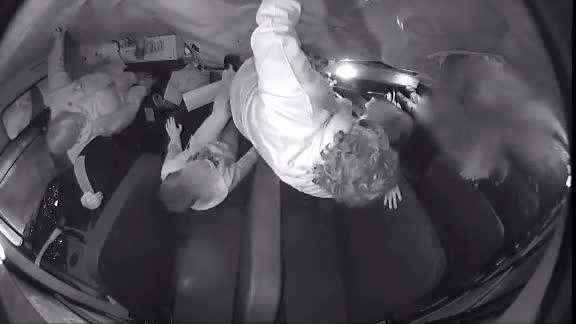 COLUMBUS, OH (WSYX/CNN) — Newly released video shows the inside of a school bus when it crashed and left eight students injured in Ohio.

A warning, these images are hard to watch.

The video shows the incident in Perry County on December 19.

A crash reports says 42-year-old Joseph Thornton was driving a Ford Mustang when he ran a red light and hit the bus.

It then went off the road and flipped on its side.

Thornton reportedly has a broken back.

Thornton was reportedly driving on a suspended license.