Two hikers found a message in a bottle and helped rescue a stranded family. Now the family wants to thank them 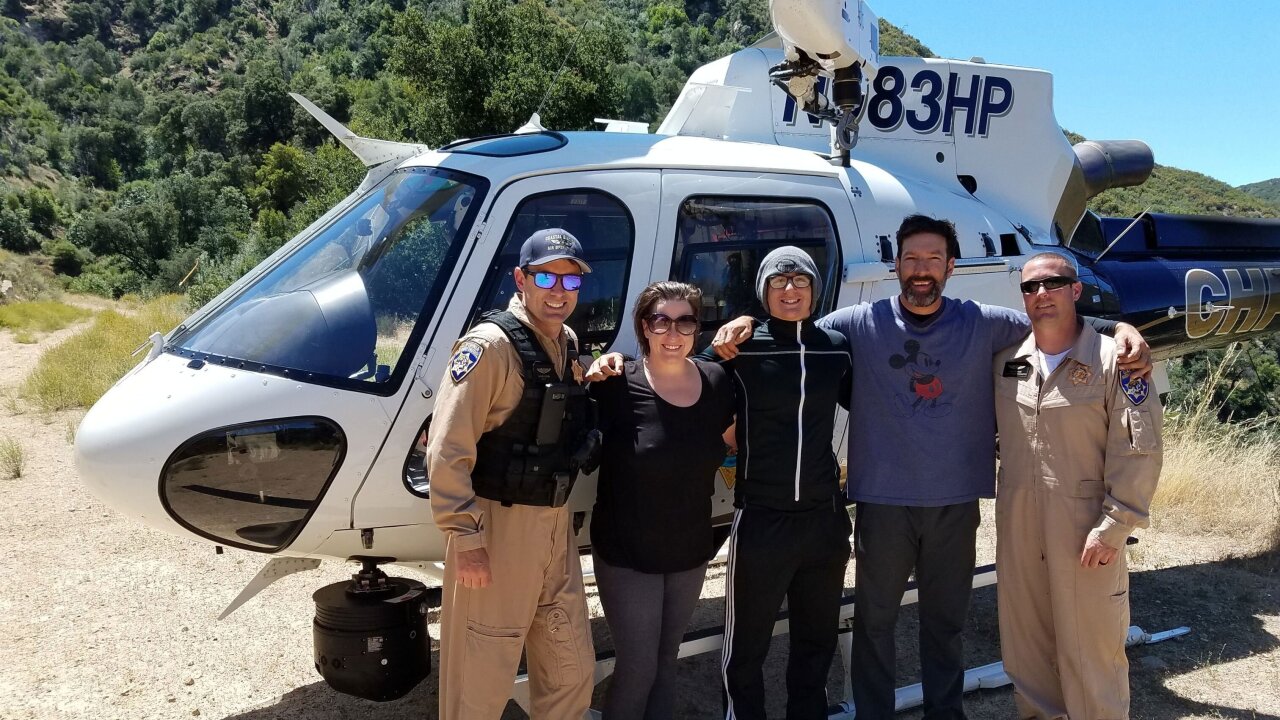 Curtis Whitson/Curtis Whitson
Curtis Whitson and his family were rescued from a California forest after carving the word "help" on a water bottle they found and tossing it in a river. 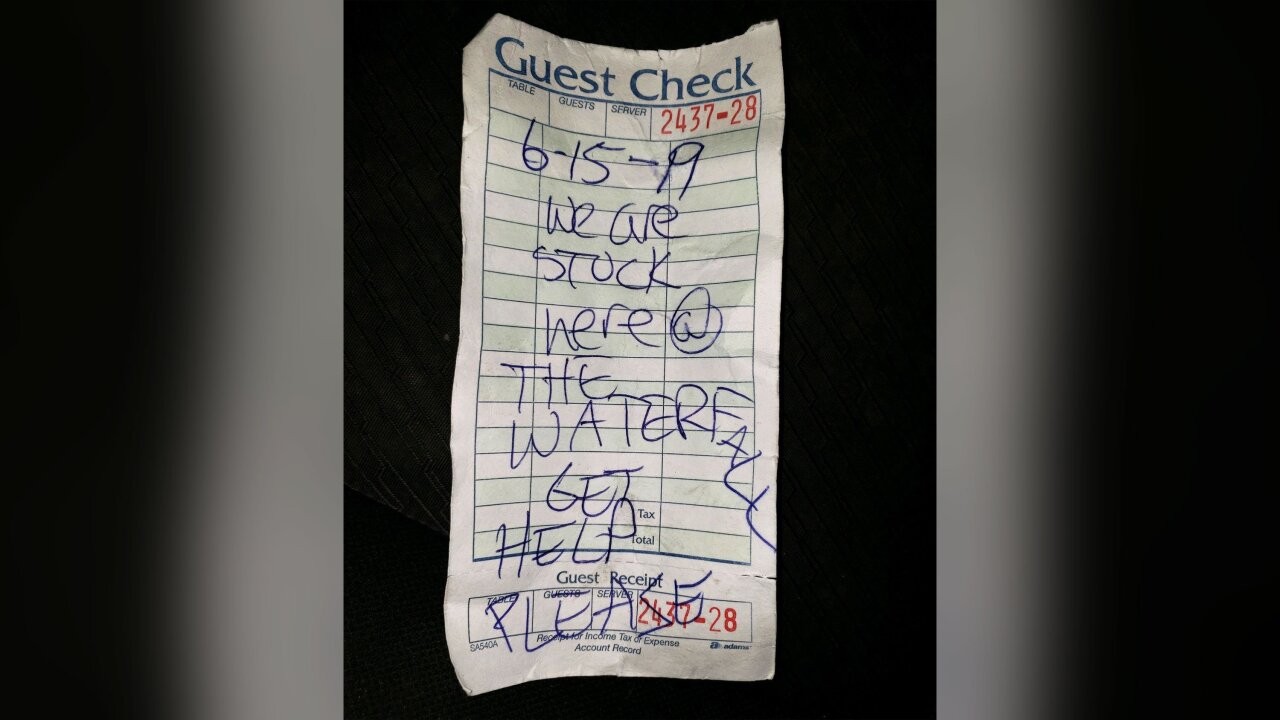 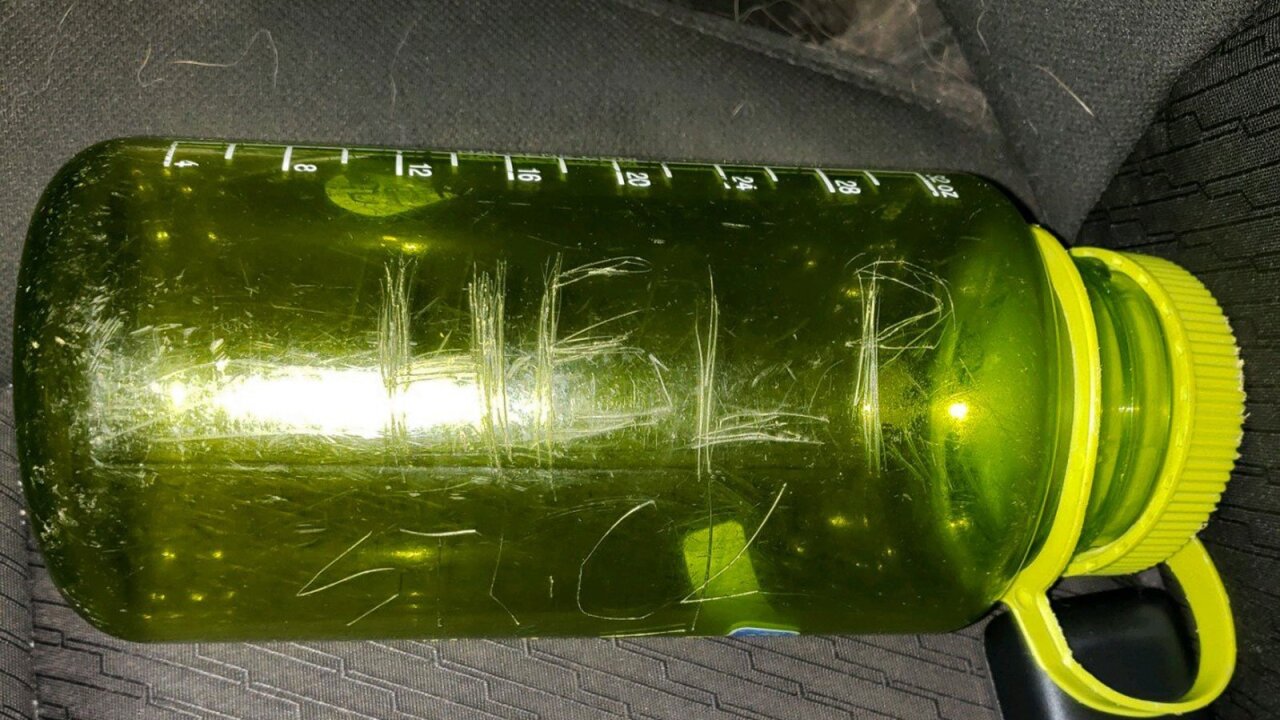 (CNN) -- Curtis Whitson has two strangers to thank for his family being alive today. Two brave hikers plucked a lime green bottle from a river and alerted authorities about the SOS message they found inside.

They spent their days boulder-hopping and floating the river on inner tubes, and their nights sleeping under the stars, bundled in lightweight mummy bags, with mesh bags over their heads to keep bugs at bay.

Whitson was in familiar territory: he takes as many as 20 backpacking trips to the central California coastal forest each summer.

Throughout the trip, the family's goal was to reach the Arroyo Seco narrows, float through the water shoot and down the waterfall before joining friends to float the last couple of miles down to a campground. After two and half days of lugging 50-pound packs, the family reached the narrows, a spot in the river surrounded by solid rock up to 40 feet high on each side.

But the water currents were too strong for them to safely pass through.

"My heart sank when I realized the volume of water was just too dangerous to make rappelling down possible," Whitson said. Typically, he said, there's a rope going through climbing carabiners that have been bolted into the rocks.

"This time, the rope was gone," Whitson told CNN.

After trying to hike up and over, Whitson and his son kept hitting dead ends. There was no way out.

The group of three couldn't see anything past a bend in the canyon walls, but they heard voices on the other side. They tried yelling for help. They tried carving a message into a stick and throwing it over. But they soon realized a stick wouldn't be enough, so they came up with a new way to get someone's attention.

Whitson spotted a lime green Nalgene water bottle and carved 'HELP' into the durable plastic exterior. Ramirez, his girlfriend, had brought scratch paper with her to keep score when they played games. She scratched out a quick note and popped the piece of paper inside the bottle.

"With one lucky toss, it went right over the waterfall," Whitson said.

The group retreated back up the river to a small beach where they had earlier stopped for lunch. They had been able to float down from the beach in about two minutes, but it took about 30 minutes to get back upstream.

Before settling down, the family spread out their blue tarp in a clearing and assembled white rocks to spell out "SOS." As the sun set, they used a headlamp to keep that message illuminated.

'It was one of the best feelings'

Some time after midnight the trio was awakened by the sound of a California Highway Patrol helicopter overhead.

"This is Search and Rescue. You have been found," someone said over the loudspeaker.

"It was one of the best feelings," Whitson gushed, "nothing was sweeter than those words uttered by CHP."

Whitson said he was told two men found the bottle with the family's note, floated down to the trailhead, then hiked a couple of miles and reached the campground where they alerted the camp host.

That host told Whitson about the hikers, but added the two left before the rescue without giving their names.

During the rescue, the CHP crew aboard that chopper used night vision goggles and FLIR (forward looking infrared) teachnology to spot the campfire and located Whitson and his family, according to Flight Officer Paramedic Todd Bainbridge, who was on the mission.

The family was told to stay put and stay warm, and a rescue crew arrived early the next morning. Whitson still gets emotional recalling the rescue and his gratitude for both the crew members and his family.

Now, he wants to find the two hikers who found his family's message and saved them.