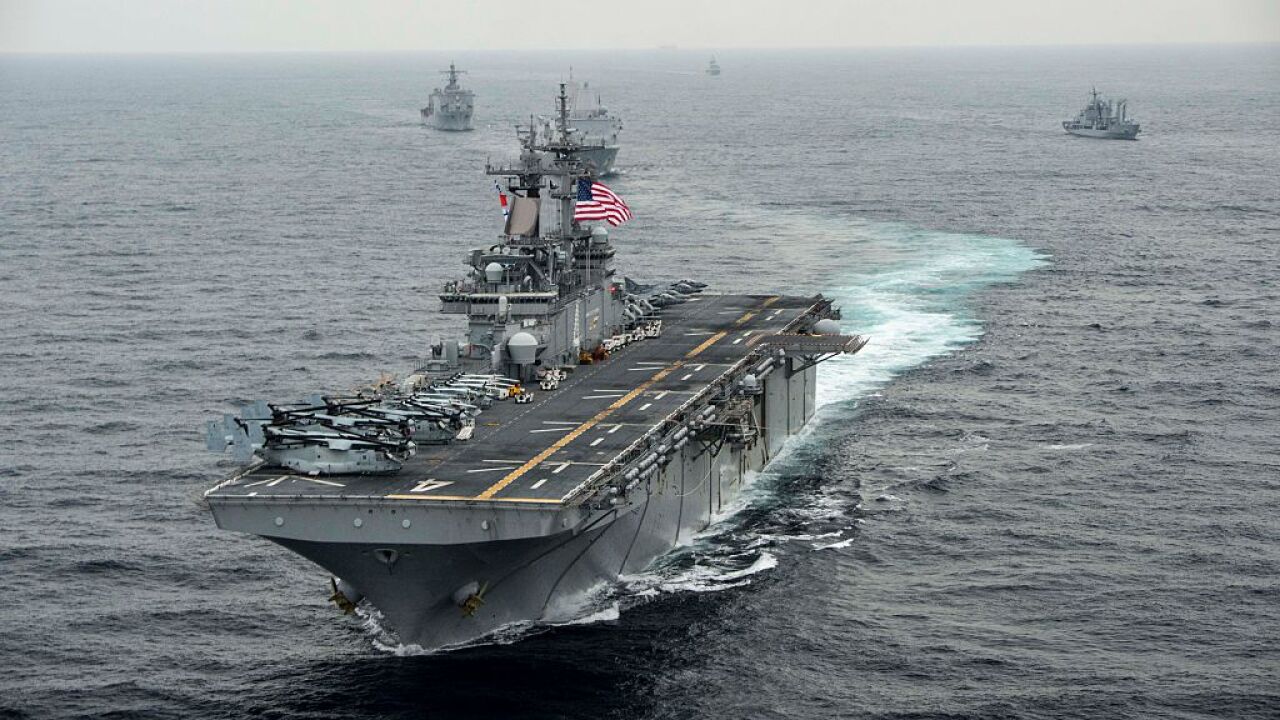 President Donald Trump says a US ship "destroyed" an Iranian drone on Thursday.

He said the drone came within 1,000 yards of the USS Boxer and ignored "multiple calls to stand down."

Speaking at the White House, Trump said the drone was "threatening the safety of the ship and the ship's crew" in the Strait of Hormuz and was "immediately destroyed."

The drone was destroyed using electronic jamming, according to a US defense official.

The crew of the Boxer took defensive action after the drone came within a threatening distance of the US ship, the official said.

"This is the latest of many provocative and hostile actions by Iran against vessels operating in international waters," Trump added. "The United States reserves the right to defend our personnel, our facilities and interest and calls upon all nations to condemn Iran's attempts to disrupt freedom of navigation and global commerce."

He called on other countries to condemn Iran's action and protect their own vessels.