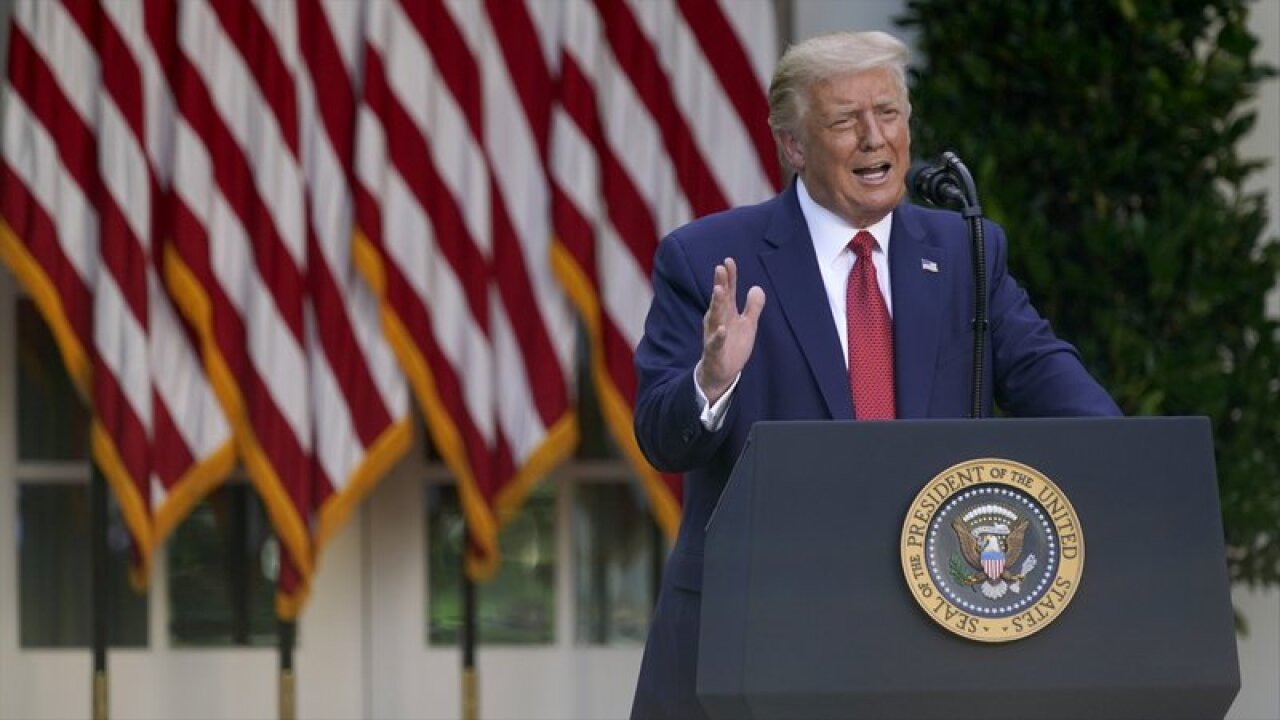 President Donald Trump has announced he's rolling back an influential environmental law from the Nixon-era that he says delays infrastructure projects.

When he first announced the effort in January, the administration set a two-year deadline for completing full environmental impact reviews while less comprehensive assessments would have to be completed within one year. The White House said the final rule will promote the rebuilding of America.

Critics call the president’s efforts a cynical attempt to limit the public’s ability to review, comment and influence proposed projects under the National Environmental Policy Act, one of the country’s bedrock environmental protection laws.

Trump made the announcement at a UPS facility in Atlanta. The changes deal with regulations for how and when authorities must conduct environmental reviews.

The goal is to make it easier to build highways, pipelines, chemical plants and other projects.

While in Atlanta, Trump said that “we’re reclaiming America’s proud heritage as a nation of builders and a nation that can get things done.”

Georgia is emerging as a key swing state in the general election. Trump won the Republican-leaning state by 5 percentage points in 2016, but some polls show him trailing former Vice President Joe Biden, the presumptive Democratic nominee. This will be Trump’s ninth trip to Georgia and his sixth visit to Atlanta during his presidency.

The president’s trip also comes as the state has seen coronavirus cases surge and now has tallied more than 12,000 confirmed cases and more than 3,000 deaths.

The White House said the administration’s efforts will expedite the expansion of Interstate 75 near Atlanta, an important freight route where traffic can often slow to a crawl. The state will create two interstate lanes designed solely for commercial trucks.

The state announced last fall, before the White House unveiled its proposed rule, that it was moving up the deadline for substantially completing the project to 2028.

Thousands of Americans on both sides of the new federal rule wrote to the Council on Environmental Quality to voice their opinions.

The U.S. Chamber of Commerce cited a North Carolina bridge in its letter as an example of unreasonable delays, saying the bridge that connected Hatteras Island to Bodie Island took 25 years to complete, but only three years to build. “The failure to secure timely approval for projects and land management decisions is also hampering economic growth,” the business group wrote.

The Natural Resources Defense Council said that when Congress passed the National Environmental Policy Act 50 years ago, it did so with the understanding that environmental well-being is compatible with economic well-being. The proposed rule, it said, would lead federal agencies to make decisions with significant environmental impacts without ever considering those impacts in advance.

“At the end of the day, it would lead to poor decision, increased litigation and less transparency,” said Sharon Buccino, a senior director at the environmental group.

Trump’s trip to Georgia comes one day after Biden announced an infrastructure plan that places a heavy emphasis on improving energy efficiency in buildings and housing as well as promoting conservation efforts in the agriculture industry. In the plan, Biden pledges to spend $2 trillion over four years to promote his energy proposals.

Trump’s push to use regulatory changes to boost infrastructure development also comes as the House and Senate pursue starkly different efforts. The Democratic-controlled House passed a $1.5 trillion plan that goes beyond roads and bridges and would fund improvements to schools, housing, water and sewer, and broadband. A GOP-controlled Senate panel passed a bill last year setting aside $287 billion for roads and bridges, but other committees are still working on the measure, including how to pay for it.