'The rumors are true'; Nest of 'murder' hornets found in Washington state 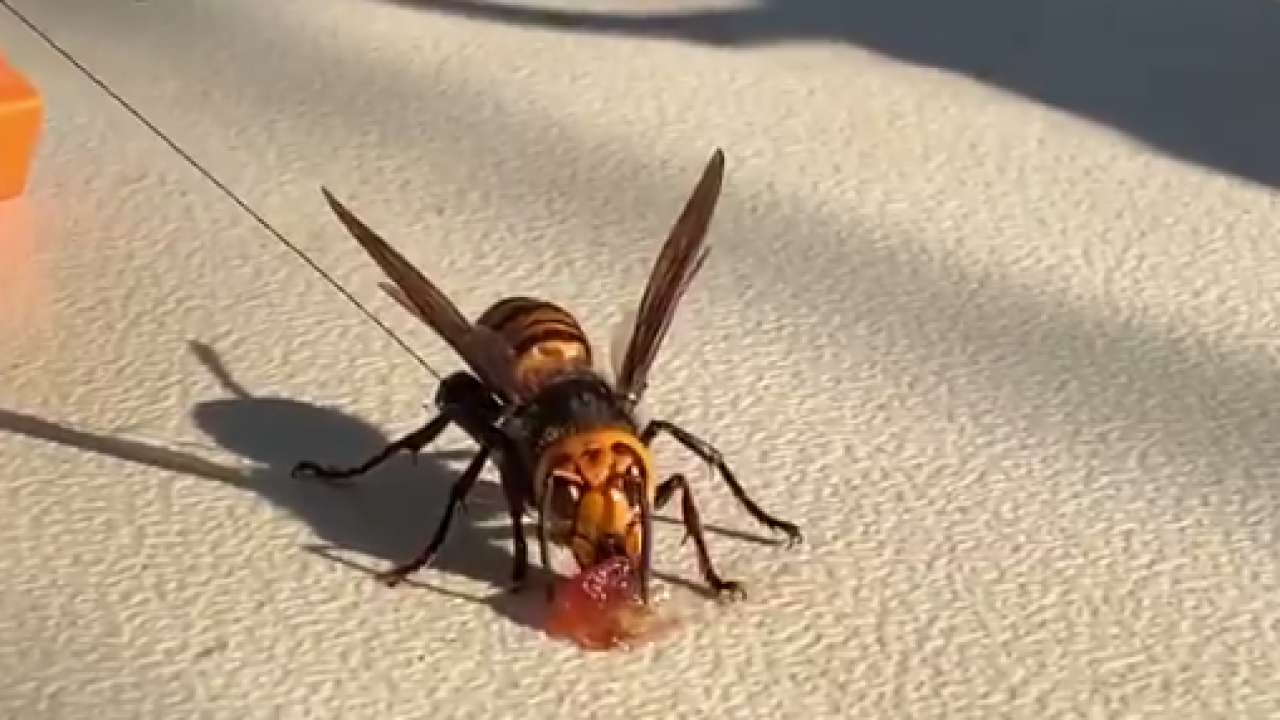 The presence of a Asian giant hornet nest, also known as murder hornets, has been confirmed in Washington state.

“The rumors are true - our entomologists located the first-ever #AsianGiantHornet nest in the U.S. late yesterday,” a tweet from the Washington State Department of Agriculture reads. It also includes a video of the nest.

The rumors are true - our entomologists located the first-ever #AsianGiantHornet nest in the U.S. late yesterday. Press conference at 2 p.m. pic.twitter.com/oXuE6urXff

Asian giant hornets are the world’s largest hornet and are native to areas of east Asia, south Asia and parts of eastern Russia.

It was first spotted in Washington in December 2019, and since then, the state’s department of agriculture has been on the hunt for the invasive species.

The large hornet kills bees and takes the bee larvae to feed their own young. Giving them the “murder” nickname, and threatening an already declining bee population. A few Asian giant hornets can kill an entire honey bee hive in a matter of hours, according to scientists.

State officials had asked residents to report any sightings and which way the insects are flying to try and find a nest.

Earlier this month, researchers were able to attach a small Bluetooth tracking device using dental floss to a live hornet, however after a while, they lost the signal.

Then, earlier this week, four live hornets were caught in a different trap. Scientists were able to attach radio trackers to three hornets, and at least one of them led entomologists to the nest Thursday afternoon.

The nest, located inside the cavity of a tree, will be eradicated on Saturday, according to the Washington State Department of Agriculture.

It is located on private property that had been cleared for a residential home and the owner has given permission to the WSDA to take necessary action.