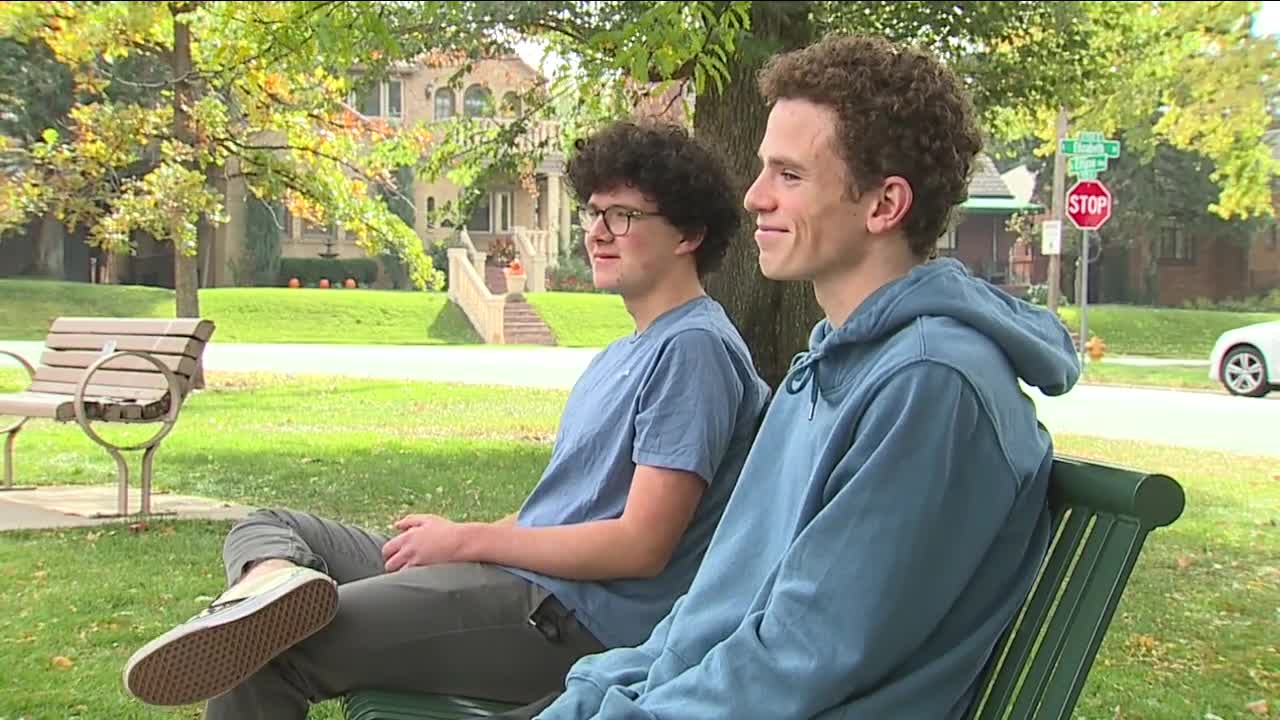 DENVER, Colo. - A group of teenagers is using social media to try to inspire younger generations to sign up to work at the election polls this November.

The Poll Hero Project was started by a group of teens from Denver East High School as well as students from Princeton University as a way to inspire their peers to get involved.

“I never really expected it to go anywhere. I mean, we don’t really have any money or really any advertising. It’s really just been using social media to get our message out,” said Leo Kamin, one of the project’s co-founders.

Kamin is a 17-year-old who signed up to be a poll worker during the previous election for the first time after mother found out about the student poll worker program through the Colorado Secretary of State’s website and encouraged him to join.

In Colorado, you must be 16 in order to serve as a poll worker. It is a paid position.

“It really did open my eyes just to the process and how many things you have to have right,” Kamin said.

Along with learning the intricacies of how the election process works, Kamin says he was able to bring his own set of skills to the polling place.

“In Colorado, you can change your registration on your phone, and I was the only one of the greeters, the poll workers, who understood how to sort of explaining that on the website,” Kamin said. “I think there is that knowledge that comes from the people who have done this a lot and have voted for before, but I think there are also things that younger people bring that are valuable.”

Because of the COVID-19 pandemic, some areas are struggling to find enough poll workers to work on election day.

Colorado has not had that problem for the most part, and places like Denver and Jefferson County say they experienced record interest this election.

Still, the teens are using social media to encourage students across the country to check in with their counties to see whether they need help.

One of the students who decided to sign up to be a poll worker for the first time is Ben Ginsberg. He’s still going through the training process to be ready for election day but says he’s excited about the opportunity.

“I thought it was a great opportunity to help out and play my part,” Ginsberg said.

Along with being a first-time poll worker, Ginsberg is also a first-time voter in this general election after participating in the primary.

“I’m super excited to vote in the presidential election. It’s even more important than the primaries obviously. I think that was kind of my way to express my personal views,” Ginsberg said.

He believes there is more interest in politics these days among his peers and many of his friends are excited for the opportunity to vote.

Kamin is not so lucky; he missed the age deadline to be able to vote this election by just a couple of weeks. Still, Kamin says he’s excited to be able to have an opportunity to contribute.

“I feel like because I can’t vote it makes it even more important to participate,” he said. “There are not many things you can do as a 17-year-old but this is one of them.”

He’s still surprised by just how much popularity the project has garnered despite the fact that they have no money for advertising and have only been using social media to get their message out.

Both teens will be missing school Monday and Tuesday in order to work the polls but say they hope their teachers and classmates understand the importance of the role they are playing in democracy. They hope even more teenagers will consider signing up in the future.

“Sure, you may not be in charge of the country now, but you will be in the future, and this is your country. This is your democracy and getting involved it’s never too early to start,” Ginsberg said. “In the long term, it would be great to become institutionalized and become that next generation of driving our democracy.”

This story was first published by Meghan Lopez at KMGH in Denver, Colorado.