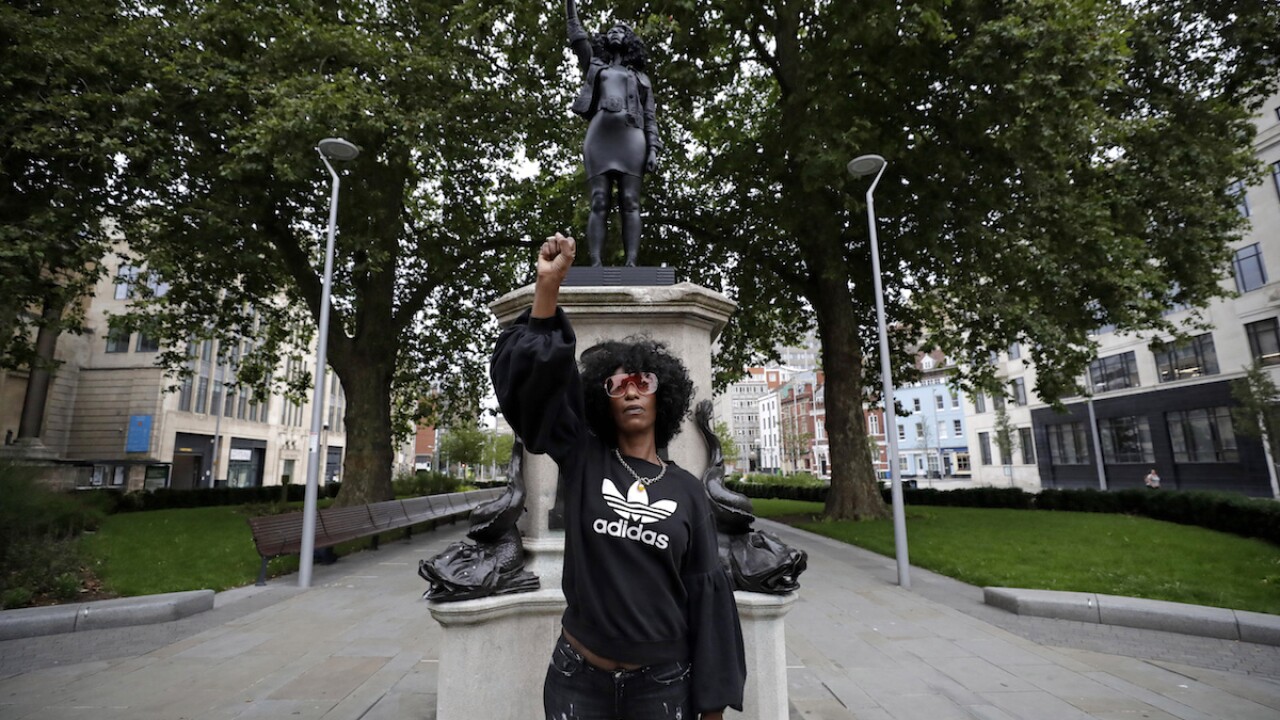 Copyright 2020 The Associated Press. All rights reserved
Matt Dunham/AP
Jen Reid poses for photographs in front of the new black resin and steel statue portraying her, entitled “A Surge of Power (Jen Reid) 2020” by artist Marc Quinn after the statue was put up this morning on the empty plinth of the toppled statue of 17th century slave trader Edward Colston, which was pulled down during a Black Lives Matter protest in Bristol, England, Wednesday, July 15, 2020. On June 7 anti-racism demonstrators pulled the 18-foot (5.5 meter) bronze likeness of Colston down, dragged it to the nearby harbor and dumped it in the River Avon — sparking both delight and dismay in Britain and beyond. (AP Photo/Matt Dunham)

LONDON (AP) — An artist has erected a statue of a Black Lives Matter protester atop the plinth in the English city of Bristol once occupied by the toppled statue of a slave trader.

Marc Quinn created the likeness of Jen Reid, a protester photographed standing on the plinth after demonstrators pulled down the statue of Edward Colston and dumped it in Bristol's harbor on June 7.

The statue, titled "A Surge of Power (Jen Reid)" was erected before dawn on Wednesday without approval from city officials.

Colston was a 17th-century trader who made a fortune transporting enslaved Africans across the Atlantic to the Americas.

His money funded schools and charities in Bristol, 120 miles (195 kilometers) southwest of London.