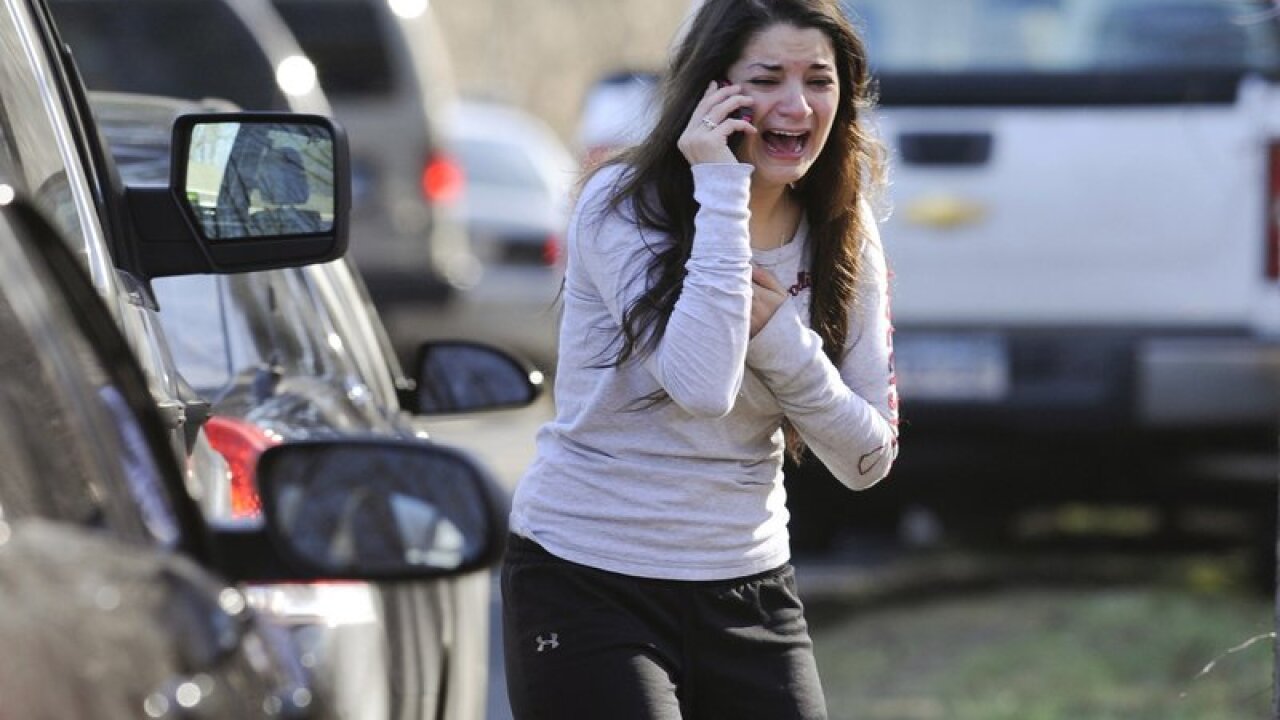 FILE - In this Dec. 14, 2012 file photo, Carlee Soto uses a phone to get information about her sister, Victoria Soto, a teacher at the Sandy Hook Elementary School in Newtown, Conn., after gunman Adam Lanza killed 26 people inside the school, including 20 children. Victoria Soto, 27, was among those killed. On Wednesday, Dec. 14, 2016, Newtown is planning to mark the fourth anniversary of the Sandy Hook Elementary School shooting with a moment of silence. (AP Photo/Jessica Hill, File)

Twenty children, all six and seven year olds, were killed.

Six adults also were murdered, including three teachers, a principal, a therapist and a psychologist.

Lanza shot and killed himself after the rampage.

In 2014, the families of nine of the children killed and one teacher who survived the attack filed a wrongful death suit against Remington, which makes the rifle used in the shooting.

This year, the Connecticut Supreme Court ruled that the lawsuit can forward.

Remington filed an appeal with the U.S. Supreme Court.

Last month, the court declined to take up the case.

Vigils and church services are planned Saturday in Connecticut to mark the seventh anniversary of the Sandy Hook Elementary School shooting and remember victims of other gun violence incidents.