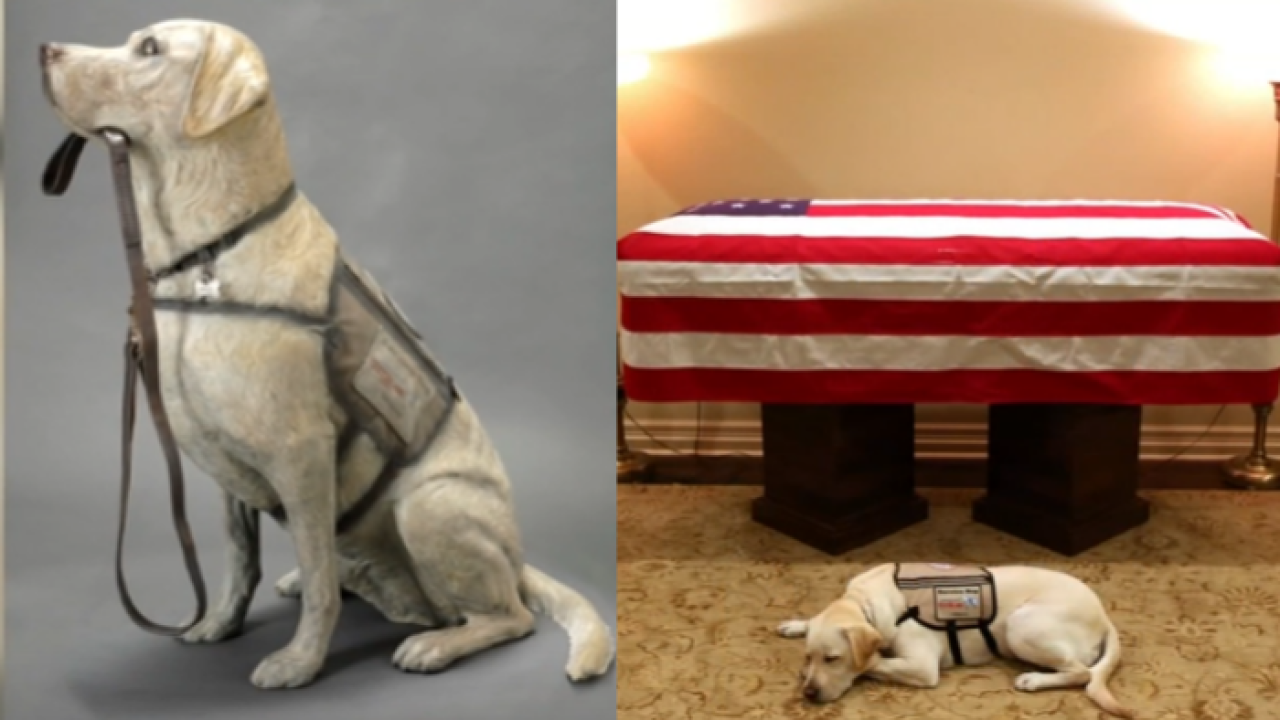 COLLEGE STATION, Texas (KTRK) -- A statue of Sully Bush, the service dog of President George H.W. Bush, will be unveiled at the late president's library on Monday.

The non-profit America's VetDogs commissioned the tribute by sculptor Susan Bahary to create the life-like piece, which will be placed in the permanent collection at the George H.W. Bush Presidential Library and Museum in College Station. VetDogs is the same organization that selected and trained Sully to serve the president from June 2018 until his death last year.

Bahary said she will always remember the image of the yellow Labrador Retreiver in mourning, laying quietly below the coffin of the man he had served, according to a statement. The life-size bronze statue portrays Sully holding his leash in his mouth with loyalty in his eyes, which both Bahary and America's VetDogs chose for two reasons.

They wanted to convey Sully's dedication to the president, while also depicting the "retrieve" task Sully and all service dogs from VetDogs learn to perform for their handlers.

President Bush was proud to introduce the world to his newest four-legged family member on Twitter when he received the dog.

The service dog that provided support and companionship to President Bush was treated as a member of the family as Bush's casket left a Houston funeral home in December 2018.

Sully was returned to America's VetDogs in New York before joining the Walter Reed National Military Medical Center's Facility Dog Program, where he is assisting with physical and occupational therapy to wounded soldiers and active duty personnel.

Bahary is a renowned sculptor dedicated to honoring military war dogs, K9s, and all service animals through her work, according to her biography. Her creations are on display at museums, universities, and military bases around the world.