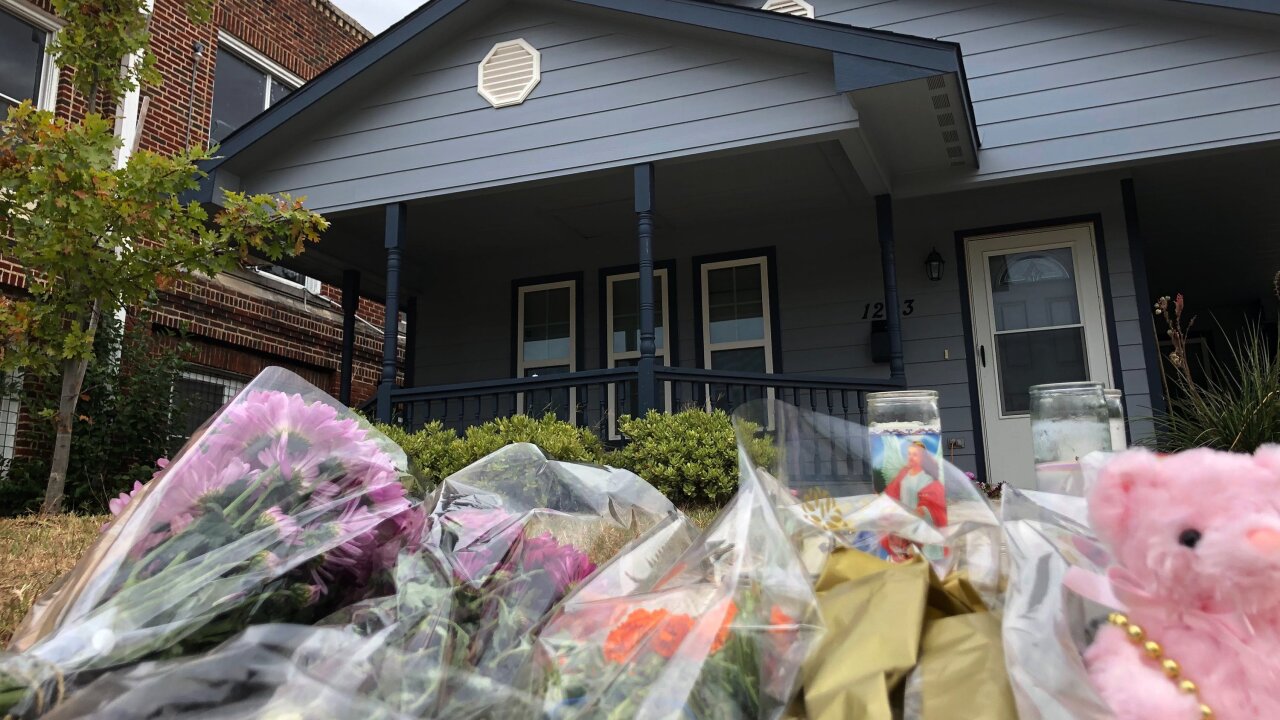 An attorney for Atatiana Jefferson's family says the arrest of the police officer who killed her is just one step on a long road toward justice.

"This officer was sent by someone. He didn't come out on his own volition. He wasn't working a beat. Someone in the higher command sent this officer," civil rights attorney Lee Merritt said Tuesday at a news conference with Jefferson's brother and two sisters.

"It should not end with the prosecution of one officer, and it certainly shouldn't end with an arrest and an incomplete prosecution," he said.

Interim Police Chief Ed Kraus said that he was deeply sorry for Jefferson 's shooting death three days earlier at the hands of Officer Aaron Dean, 34, who resigned from the force and was arrested on a murder charge .

"Human life is a precious thing and should not have been taken from Ms. Jefferson," Kraus told reporters. "This incident has eroded the trust that we have built with our community and we must now work even harder to ensure that trust is restored."

Two Fort Worth police officers responded to a call from a neighbor who said the home's exterior doors were open early Saturday, authorities said.

One of those officers, Dean, walked around the home and -- without identifying himself as an officer -- shot Jefferson through a window after perceiving a threat, police have said.

Jefferson was in her home playing video games with her 8-year-old nephew when police arrived, a family attorney has said.

Woman had a gun, affidavit says -- and chief says it makes sense that she would

Dean's arrest warrant, which was released Tuesday, reveals new details about the shooting: The nephew told investigators that his aunt retrieved her handgun from her purse after hearing noises outside.

Those noises may have been from the police officers. Authorities said Dean had entered the back yard, checking the area with his flashlight, police have said.

"Jefferson raised her handgun, pointed it toward the window, then Jefferson was shot and fell to the ground," an affidavit attached to Dean's arrest warrant says, citing the child.

Police said officers found a firearm when they entered the room. They have previously declined to say whether Jefferson was holding the gun when Dean fired.

"It makes sense that she would have a gun if she felt that she was being threatened, or if there was someone in the backyard," Kraus said.

Dean was arrested Monday evening by Fort Worth officers at his attorney's office, Kraus said.

He posted bail about three hours later, after briefly being held in the Tarrant County Jail with bond set at $200,000.

Fort Worth police have not formally presented the case as yet to the Tarrant County Criminal District Attorney's Office, officials said.

If Dean had not resigned Monday, he would have been fired for several policy violations, including the department's use of force and de-escalation policies, and unprofessional conduct, Kraus said.

Dean's training included 40 hours of crisis intervention, and courses on conflict resolution, cultural diversity and the use of less lethal options, according to the Texas Commission on Law Enforcement.

Family's attorney: This 'should not end with the prosecution of one officer'

Merrit, who is representing Jefferson's siblings, said he was encouraged that Dean was arrested, but the family wants more people be held accountable.

Merritt has been calling for an independent investigation.

"The city of Fort Worth is unique in allowing its own department to investigate its own officers," Merritt said Monday. He said an independent investigation is "the appropriate thing to happen, whether or not Fort Worth will do that will depend on how invested this community remains in calling for justice."

Kraus said the department has presented a preliminary case to the FBI to review Dean's actions for possible civil rights violations, Kraus said.

Saturday's shooting is the ninth by Fort Worth police in 2019, police said. Seven of those were fatal.

How the night unfolded

At 2:23 a.m. Saturday, Jefferson's neighbor, James Smith, called the non-emergency police number to ask that officers check on Jefferson after he saw that her doors had been open for a while, he told the Fort Worth Star-Telegram . He knew she was with her young nephew and he was worried about them, he said.

Officers arrived and parked near the residence at 2:28 a.m., police spokesman Lt. Brandon O'Neil said Sunday. Merritt said Jefferson and her nephew were playing video games inside the house when officers arrived.

Police released heavily edited body camera footage of the incident, which showed that lights were on in the home but no one inside was visible as officers approached.

A front door and a side door were open, with the accompanying glass storm doors closed. An officer approached each door but did not enter, and instead continued walking around the house.

As they walked in the dark outside the house, one officer approached a window quickly with a flashlight and his weapon drawn. The footage shows the officer yelling, "Put your hands up! Show me your hands!" and firing through the window.

Police said he did so after perceiving a threat.

The officers entered and gave medical aid to Jefferson, but she died at the scene, police said in a statement.

Why didn't officers ring the doorbell?

When asked on Tuesday why the officers parked away from the house, and why they didn't ring a doorbell or knock on a door, Kraus stressed that the officers "believed they were responding to an open-structure call," and not just a wellness check.

A reporter then asked Kraus whether it was proper procedure for officers checking on an open structure to look through windows rather than knock on a door.

"It depends on what the officers believed at the time," Kraus said. "If they think the structure is open due to somebody breaking in or something like that, that would elicit one response.

"If they think it's just somebody left their door open, that would elicit a separate response." He didn't elaborate on what that response might be.

Kraus said the decision about they type of call was made "while (information) was relayed to the dispatch."

Who specifically made the decision is "something we're looking into," he said.

Jefferson was a caretaker

Jefferson had recently moved into her ailing mother's home to take care of her. Her mother was in a hospital the night Jefferson was shot, Merritt said.

"Her mom had recently gotten very sick, so she was home taking care of the house and loving her life. There was no reason for her to be murdered," Merritt said on a GoFundMe page benefiting Jefferson's family .

Merritt said Jefferson graduated from Xavier University of Louisiana in 2014 with a degree in biology and worked in pharmaceutical equipment sales.

"It's another one of those situations where the people that are supposed to protect us are actually not here to protect us," one of Jefferson's sisters, Amber Carr, told KTVT . "You know, you want to see justice, but justice don't bring my sister back."