Plane nosedives onto California highway after smoke in cockpit 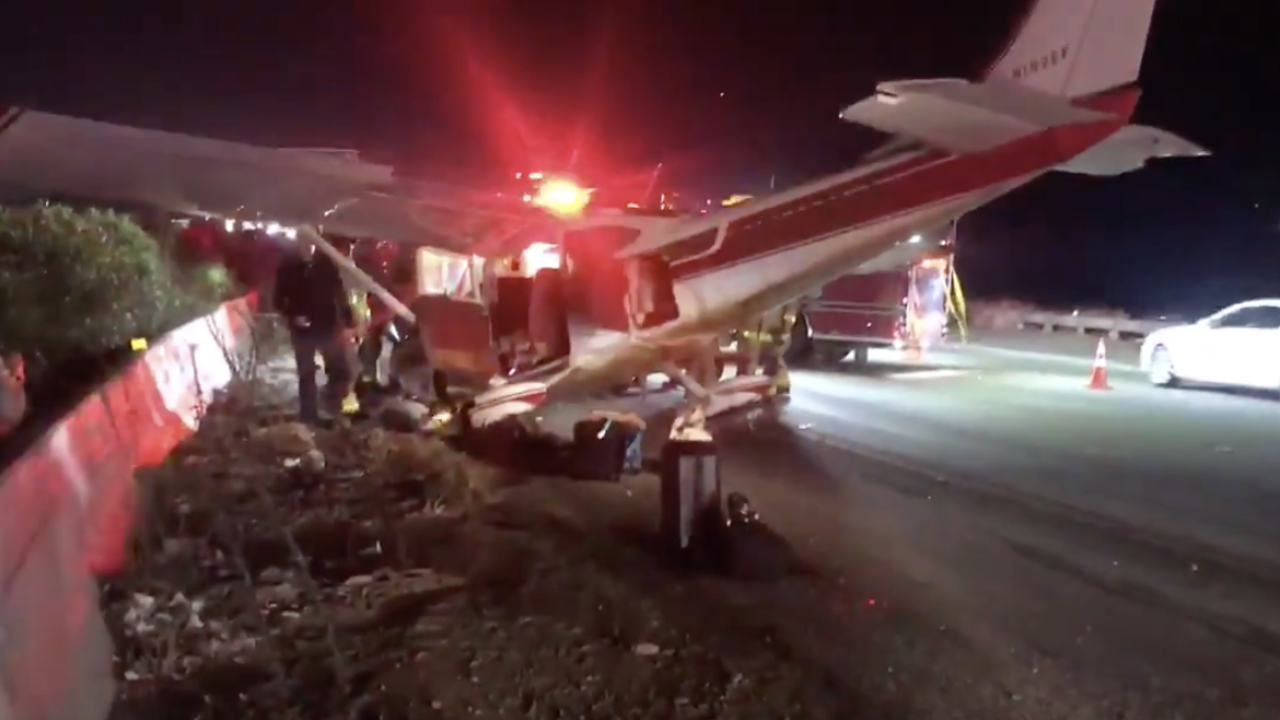 All lanes along Interstate 5 were shutdown Thursday night after a single-engine Cessna was forced to make an emergency landing, Carlsbad police said.

The incident was reported at around 7:12 p.m., according to California Highway Police logs.

A male and female riding inside the crashed plane told firefighters that smoke was filling the cockpit and that the Cessna's system shutdown.

Firefighters said the the plane made a nosedive into the center divide and came to rest in the southbound lanes near Tamarack Avenue.

The couple were flying from El Monte and destined to land only few miles away at the Palomar Airport. They were not injured in the crash.

No cars were damaged in the incident.

At least two lanes have been re-opened. There was no word on when the remaining lanes would open.

Stay with 10News for updates to developing story.

This article was written by Mario Sevilla for KGTV .