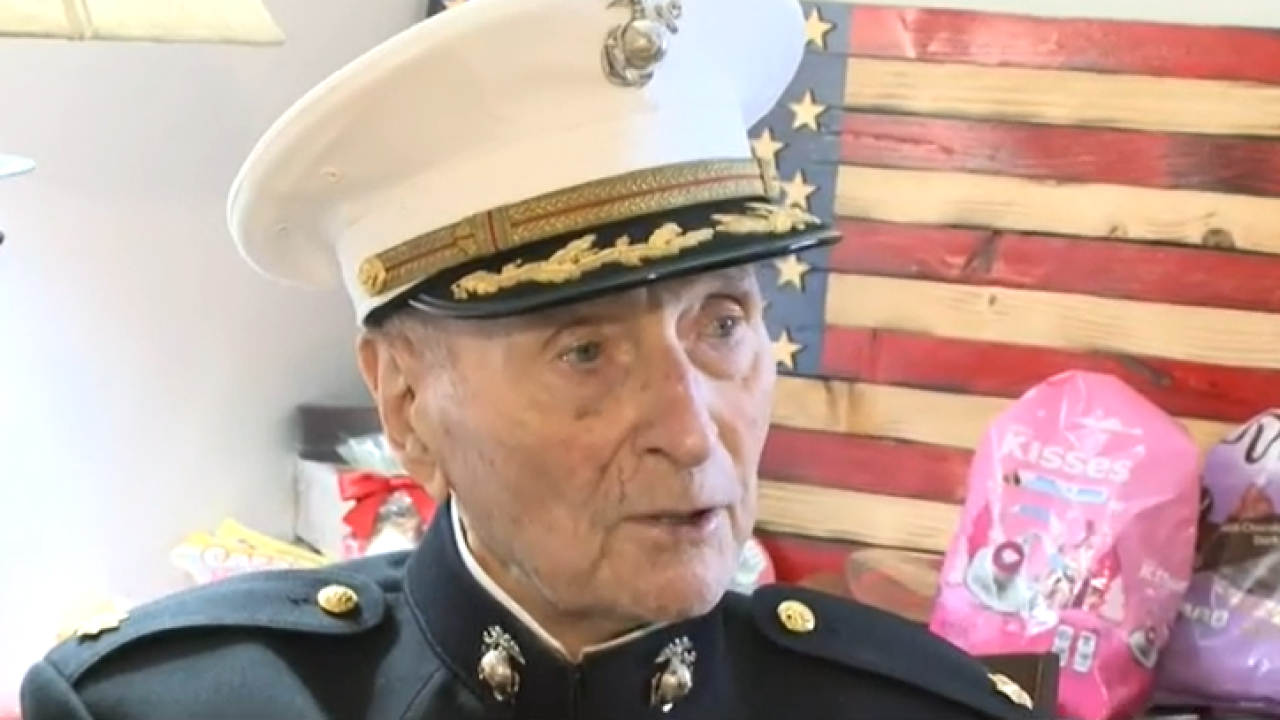 STOCKTON, CA — The country's oldest living Marine is celebrating a big birthday and the pandemic is not stopping him from moving forward with enthusiasm.

At 105, Major Bill White is the oldest living Marine.

Bill's positive spirit is just one of many reasons there was so much love and fanfare outside his Stockton assisted living facility.

"He was in Shanghai before WWII and the Japanese invasion and all that. Iwo Jima got hit, blown up with a grenade. Recovered from that. Spent a total of 30 years in the Marine Corps. Just an amazing guy," said Tony Walker, Communications Director for The Oaks at Inglewood.

For his family members, who haven't been able to visit much because of coronavirus, this celebration is nothing short of remarkable.

"It's very heartwarming and very and it just...does get to you that there are so many people that love him and appreciate him for his service," said his daughter Mary Huston.

Major Bill was in the news in February asking for Valentine's Day greetings.

It became known as "Operation Valentine's Day" and brought in more than half-a-million cards and gifts from around the world, including a special note from NASA and President Trump.

Major Bill is embracing this birthday milestone and is already looking forward to the next big celebration.

Major Bill said one of his secrets to his longevity is that he keeps his mind sharp by reading.