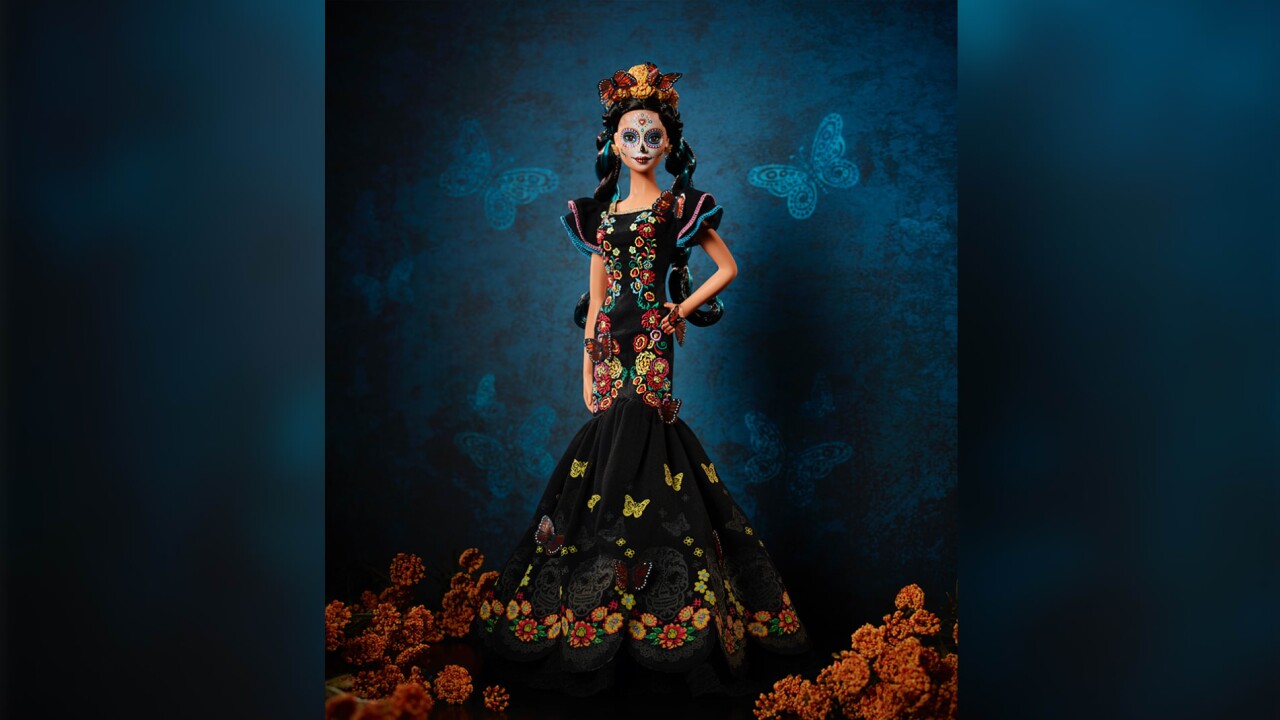 (CNN) -- There's about to be a new Barbie doll on the shelves, with flowers on her dress and a skull painted on her face.

It's the Dia de los Muertos Barbie, or Day of the Dead Barbie. The collectible doll, which will be released on Thursday, celebrates the annual Mexican festival, in which people honor their departed loved ones.

The $75 doll "honors the traditions, symbols and rituals often seen throughout this time," said Mattel, the toy company that owns the Barbie brand.

Barbie's long black dress is embroidered with hearts and butterflies, with colorful ruffled sleeves. Her face is painted with a skull -- a popular practice during the festival, when revelers dress up in colorful costumes and hold parades. On top of the doll's head rests a crown with monarch butterflies and marigolds.

Monarch butterflies typically migrate in Mexico for the winter and arrive around the same time as the festival, and they have come to symbolize the souls of loved ones coming back to visit. Marigolds are often used to decorate homes during the holiday.

This year, Dia de los Muertos will take place on November 1 and 2. On top of parties and parades, families often set up ofrendas, or altars, featuring photographs of late relatives as well as their favorite food and drinks. People also leave representations of human skeletons and skulls, and other offerings, along roads and in graveyards.

The holiday was also placed on UNESCO's Intangible Cultural Heritage of Humanity list in 2008, and has been seeing increased visibility in popular culture and media in the United States. The holiday inspired the 2017 Pixar film "Coco," which was hailed as "the movie Latinos have been waiting for" and went on to win two Academy Awards.

Now, as the holiday approaches, there are signs of celebration in the US, with sugar skulls going on sale and makeup artists booked.